Energy realities are the proper tools of rebuttal for cleaning up the green slime generated by crackpot and frackpot utopians with ideas that can’t work.

Mark Mills is one of those experts at the Manhattan Institute who are so darned good at confront fantasy with facts. I previously published some of his material here and here, but now he’s gone one better. He’s put together a list of 41 energy realities in an article titled “Inconvenient Energy Realities” on the Manhattan Institute website E21. It’s well worth reading in its entirety, but I thought I’d just highlight a few of the most stunning energy realities. 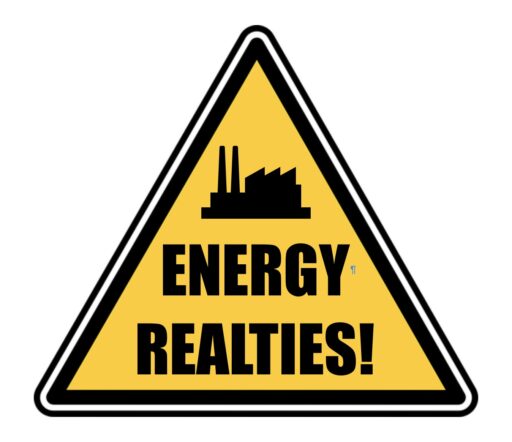 Pretty fascinating energy realities, aren’t they? So, the next time you hear or read something from some crackpot ideologue or frackpot (a term for which I give credit to a faithful reader) trust-funder stating how the world will be shifting to all renewables in a blink of the eye, retort with some of the above. You might also mention it is the massive lowering of electric generation costs by fracking that has allowed states such as New York to redeploy the savings by using them to finance ridiculous renewables subsidies at ratepayer expense. The community profits of fracking are too often being wasted on more green eggs and scam.

7 thoughts on “Energy Realities for Confronting Crackpots and Frackpots”