[Editor’s Note: Bob Bradley talks about a new group, Energy Policy Advocates, that is “working to unmask the dark forces of authoritarianism.”]

The anti-industrial Left is coming after your energy and a lot of other energy-related things that define your personal life. Every political defeat by the planning zealots results in doubling down on their agenda rather than moderating it. They have almost unlimited money (from private foundations as well as government) and strong emotions/ego that will not let go. Theirs is a road to serfdom where new extremes normalize previous extremism. 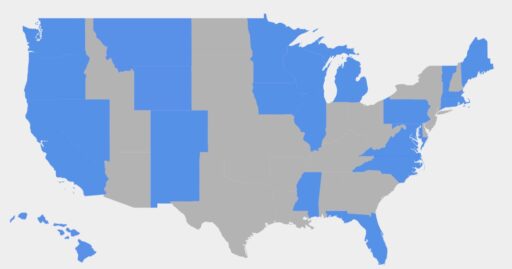 States where Energy Policy Advocates has filed Freedom of Information requests to uncover green chicanery. Note Pennsylvania, where AG Josh Shapiro seems to be collaborating with Big Green, is one of them.

The good news is that the economic and civil libertarians are fighting back. A new group, Energy Policy Advocates, is working to unmask the dark forces of authoritarianism and government run amok.

Energy Policy Advocates (EPA, not to be confused with US EPA), with the tag line “where Energy, Environment, and Truth meet, describes its mission as follows:

Energy Policy Advocates is a nonprofit corporation … seek[ing] to bring transparency to the realm of energy and environmental policy. At EPA, we believe that you have a right to know who your government is talking to when it makes the decisions that affect you the most, and what the costs are of the policies bureaucrats make in the halls of government.

We don’t take policy positions, but we do use federal and state transparency laws, such as the Freedom of Information Act, to seek out information. Then, we share that information with you so that you can decide for yourself whether government is making the right choices for you and your family.

To date, Energy Policy Advocates has made Freedom of Information Act (FOIA) requests in a third of the states with more undoubtedly to come. EPA (not to be confused with the US EPA) is focused on the shadowy interplay between state attorney general offices and outside pressure groups. This June, Legal Newsline reported:

Attorneys general in multiple states are refusing to disclose their communications with private lawyers and outside groups that have a direct stake in climate litigation, citing the attorney-client privilege and other protections.

Energy Policy Advocates, a nonprofit policy group, and Government Accountability & Oversight, a public interest law firm, have sued the AGs in Michigan, Vermont and Washington to turn over emails and other correspondence among the AGs and with environmental groups and private attorneys.

The control-the-economy, control-your-life crusade to regulate the gas of life, Carbon Dioxide (CO2) has necessitated the productive sector of world economies and pro-liberty philanthropists to divert funds and other resources from human needs. In the shame of it all, it is necessary that groups like Energy Policy Advocates swing into action on behalf of individuals and groups that cannot organize themselves. EPA’s work deserves appreciation from us all.