Energy independence is the result of a shale revolution that is now allowing the United States to produce 90% of its natural gas domestically and export too!

Energy independence doesn’t get much clearer than this; 90% of our natural gas is now produced right here in the United States according to the Energy Information Administration. The EIA has assembled the data in one simple post at Today In Energy and it shouts out “Energy Independence.”

Here is the story: 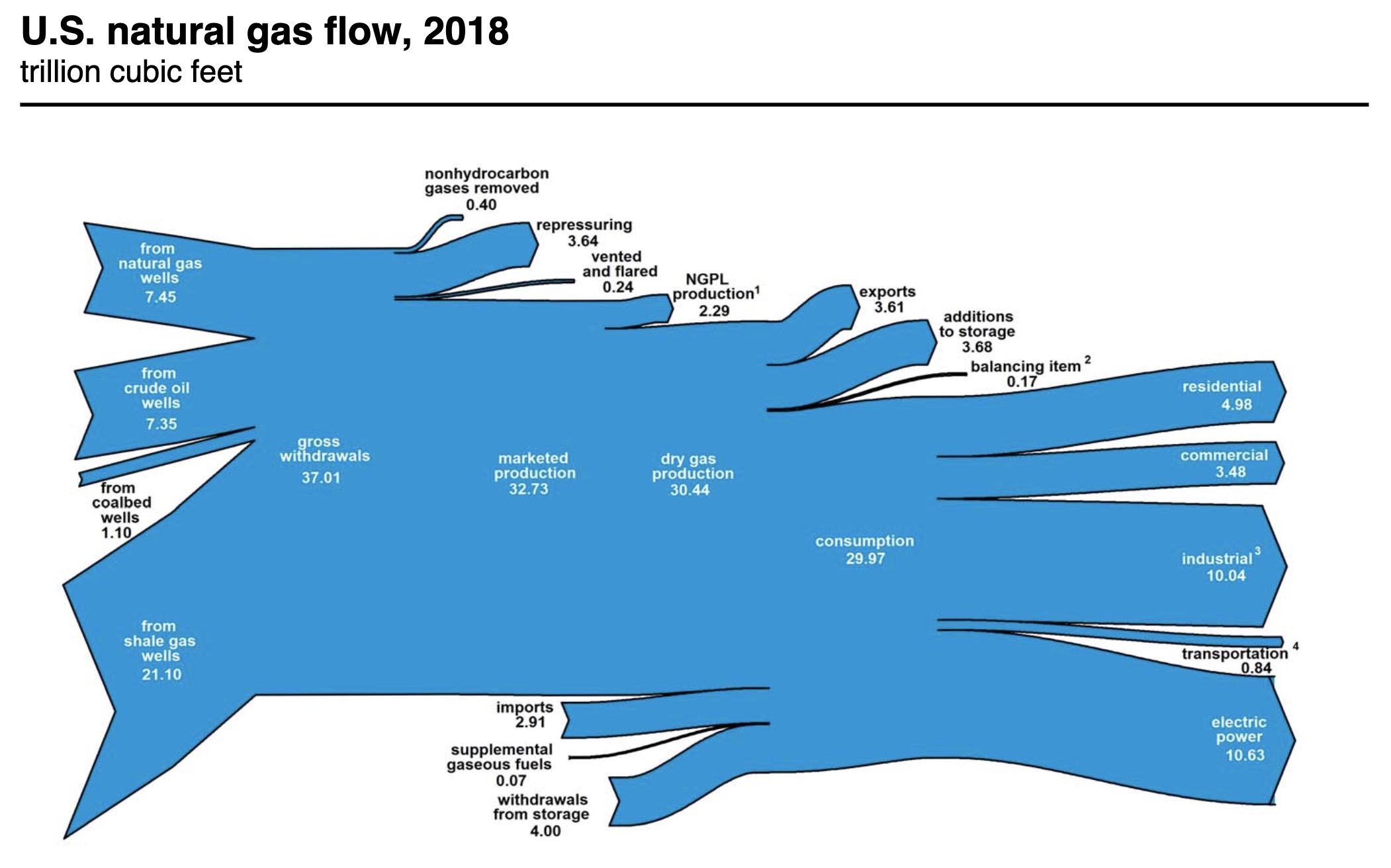 In the United States, significant amounts of natural gas are also added to or withdrawn from storage throughout the year. Natural gas is added, or injected, to storage during periods of low demand, typically during the spring and fall, and is withdrawn from storage during periods of high demand, typically in the winter and summer. Natural gas is stored in large volumes in underground facilities and in smaller volumes in above-ground tanks, sometimes as LNG.

In 2018, more than two-thirds of the dry natural gas consumed in the United States was used by the electric power and industrial sectors. Smaller amounts of natural gas were consumed by the residential, commercial, and transportation sectors; exported to other countries; or added to storage.

The industrial sector consumed 34% of natural gas in 2018 for process heating; as fuel for combined heat and power plants; and as raw material (feedstock) to produce chemicals, fertilizer, and hydrogen. The residential and commercial sectors use natural gas mainly for heating.

Natural gas data is available in various EIA sources, including

2 thoughts on “Energy Independence: The Fruit of the Shale Revolution”