The “Keep-It-in-the-Ground” movement is a completely empty gesture that reveals the hollowness and shallow thoughtless nature of all fractivist enterprises.

Based on that definition, 61 candidates for the Virginia House of Delegates, three candidates for Lieutenant Governor and at least one gubernatorial candidate have been campaigning around the Commonwealth all year with the virtue signal blinking.

Each of them has vowed not to take any campaign contribution from Dominion Energy, Virginia’s largest utility and its largest political donor. However, they won’t go as far as “refusing money from the state party or other organizations that accept Dominion cash.”

Not that there is anything at all improper about taking contributions from Dominion, the Richmond, VA-based energy company that employs thousands, supplies electricity in parts of Virginia and North Carolina, and delivers natural gas to parts of West Virginia, Ohio, Pennsylvania, and North Carolina.

But in order to curry favor with the anti-oil-and-natural-gas activists who oppose the development of the Atlantic Coast Pipeline (which Dominion is underwriting with other regional energy companies), these candidates would prefer to get Dominion’s political largess through more indirect channels.

And, it is this hypocritical behavior that exposes the illogical, unachievable goals of the Keep-It-in-the-Ground movement.

Oil and natural gas make our modern lives possible. Everything from transportation fuels to life-saving medical devices to our computers and cell phones depend on petrochemicals for their very existence. And for most of these products there simply is no substitute. 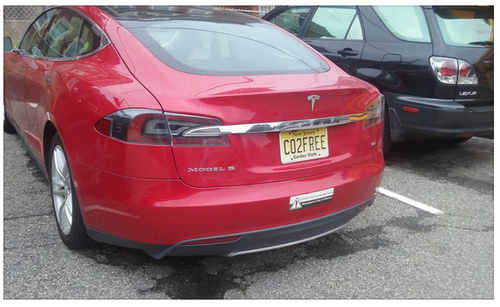 Take the New Jersey driver of a red Tesla with the license plate “CO2FREE.” While it is possible that this person isn’t aware of the environmental degradation  and the injuries and deaths that children suffer in pursuit of the raw materials needed to create electric car batteries, surely they understand that the electricity coming out of the wall has to be generated somewhere.

Unfortunately, there are very real consequences of all of these “platitudinous, empty, and superficial” gestures. They are reinforcing a false narrative about the role of oil and natural gas in our daily lives and resulting in very real—and very misguided—legislation that has real economic consequences for working-class Americans.

Editors Note: The superficial shallow thinking of fractivists who talk in mindless slogans and regurgitate talking points without thinking is a very real problem. What we’re dealing with is ideology substituted for facts and elementary logic. Some would say the problem can be addressed by mere education but the reality is that most of the folks spewing the nonsense already consider themselves the smartest people in the room. Therefore, education in the normal sense of the word isn’t welcomed and is of little use. There are, to be sure, those who can reached through the facts, but they aren’t the problem. The only real answer is to fight back and beat the ideologues represented by “Keep-It-in-the-Ground” movement, which means being politically active and engaged. That’s what this blog is all about.