I had an opportunity last week to attend a meeting of the Empire Energy Forum in Binghamton with numerous other women from the Marcellus Shale region. It was extremely educational and those who attended walked away with an enriched understanding and perspective of natural gas development. Unfortunately, I am sure the words of Governor Cuomo continued to echo in their minds as they left the event.

Governor Cuomo, in an article that appeared in May, openly stated he didn’t care about the job numbers in the Southern Tier and would make his decision about natural gas based on science, and not hysteria. Unfortunately, time and time again he has dismissed the science and facts.  The article discouraged many residents of the Southern Tier of New York.  Amid the discouragement and frustration, the Empire Energy Forum continues to help encourage the public to stay strong and stay united. 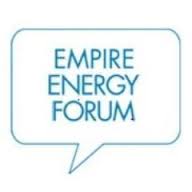 API’s Karen Moreau began the Empire Energy Forum by introduced the women who starred in the short film, Silent No More.  The film, made about one year ago, shared perspectives from the lives of six women living in the Marcellus Shale region.  Moreau encouraged the audience to ask themselves what has changed in the life of the six women since last year when the film was produced, and what has happened in their communities.

Moreau also noted 51% of the Binghamton population is female, while 30% of people live below the poverty level.  This issue, therefore, impacts both the community at large and women, in particular.  Women with families they want to keep close could gain employment through the natural gas industry, which would help them survive in the Southern Tier.  She shared that 46% of new jobs in the oil and gas industry are going to women! Natural gas provides the economic opportunities that can keep families in New York State.

Stacy Duncan was the first to speak.  She is the manager of governmental relations in the Greater Binghamton Chamber of Commerce.  She shared that she couldn’t think of any other industry that could have a more positive impact on the state and the Southern Tier than the natural gas industry.  She said she often scratches her head when people ask how to save the economy.  She tells them to look down, because the answer is under their feet.

Many schools across the Southern Tier have joined in an education task force to introduce natural gas related majors that will help provide local, qualified workers to the natural gas industry. Ms. Duncan’s niece, for example, will be going to Broome Community College to major in Geology.  She expressed hope that one day, when her niece finishes her schooling, she will be able to find work in New York State. Programs such as those initiated by the education task force will help to prevent the outward flow of New York’s college graduates to neighboring states.

Too often, New York’s education money ends up benefiting the economies of surrounding states that have jobs to offer to graduates. The development of natural gas in New York would provide high paying jobs in the industry, as well as countless other jobs to support the influx of workers in the community, making it possible for New York’s next generation to start a career at home.  You can view Duncan’s remarks in the following video, captured by my friend Rachael Colley, who works with the Energy In Depth, and which is posted on the EID Marcellus YouTube Channel.

The next speaker was the president of the business council, Heather Briccetti.  Her team at the business council is extremely supportive of the natural gas industry. She began by reading the back label off an over-the-counter medicine.  She read the possible side effects, “May cause severe allergic reaction, hives, facial swelling, asthma, shock, skin reddening…” She explained to the audience that we take such over-the-counter medicine because the benefits far outweigh the miniscule chance of one of those side effects affecting us.

She compared this to the one-sided story we too often hear about hydraulic fracturing, she explained; all the possible side effects are articulated with no consideration of the many benefits and uses.  If we only knew the possible side effects of Advil, we would never take it!  Yet, we do, and rightly so, because our comparison of benefits with risks allows us to make an informed judgment and move ahead.  The alternative is a continued headache.

Ms. Briccetti brought humor to her presentation when she told the audience gold had been found in the Southern Tier.  She then revealed, of course, this wasn’t really true, but added that even if they had found gold the state wouldn’t let them mine it anyway.  She then compared the hypothetical gold to natural gas, pointing out how odd it is we are not harvesting the resource.

Ms. Briccetti also discussed why the issue is relevant to women. She used North Dakota, which has undergone a recent oil and gas boom, as an example to show the many benefits women stand to gain from the natural gas industry. She indictaed women’s economic fortunes have outpaced those of men in North Dakota.  The female population in the state has experienced huge salary increases thanks to the industry. She ended by encouraging audience members not to be afraid to support natural gas extraction or talk about it. Watch her whole presentation below.

The next in line to speak was Diana Furchtgott-Roth.  She is a former Chief Economist of the U.S. Department of Labor.  She fully supports natural gas development and shared some of the potential economic benefits with the audience. Roth studied the counties in New York bordering the counties with natural gas development in Pennsylvania.  New Yorkers living in counties bordering Pennsylvania could see an increase of 15% in income if the moratorium is lifted.  Watch her whole presentation below.

Bob Polancic and Mike Petro also presented at the Energy Forum.  Mr. Polancic is the leader of the Vestal Natural Gas Coalition and Mr. Petro had the opportunity to intern with the coalition to better his understanding of the industry through hands on education.  Mr. Polancic discussed the goals of the coalition. He stressed the coalition was formed to protect landowners and the community and supports reasonable regulations. He also talked about the steps the coalition has taken to educate the public and landowners, as well as the scholarship program they have created.  Watch both of their presentations below.

To wrap up another impressive and informative educational Empire Energy Forum, the speakers took questions. The Q & A session was very informative and sparked some interesting discussion.  Watch it all below.

As the Empire Energy Forum ended, I found myself eager to attend the next one.  Keep your eyes and ears open for an Energy Forum coming to a town near you!  It is a wonderful opportunity to hear from experts about natural gas, share stories and conversations with other attendees, and find new encouragement!

1 thought on “Empire Energy Doings – Women Speak Up for Jobs”