Air quality and greenhouse gas emissions have improved to 30-year lows. This is due to the increased use of natural gas and industry investment.

There is no doubt about it, the air we are breathing is cleaner than it has been in nearly thirty years. This is not because of government forced regulation or from the onslaught of environmentalists’ pressures, but rather, it is largely in thanks to natural gas. 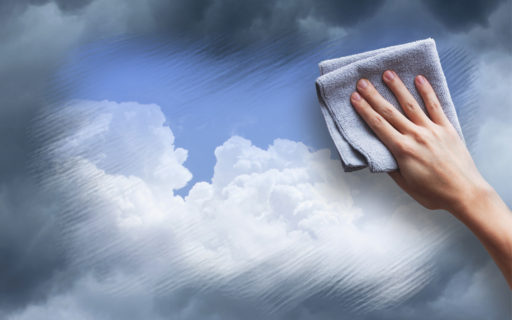 The United States has been a leader in reducing carbon emissions and improving air quality for some time now – without relying upon the Climate Accord. Why would we want to sign on to a trillion dollar per year agreement that will accomplish little, when we have already established the benchmarks? Our carbon emissions from power are at 30-year lows and more than 60% of that drop is directly tied to natural gas. Since 1990, our natural gas production is up 51% and methane is down 16% during that same timeframe.

Nicole Jacobs of Energy In Depth, recently covered how The Pennsylvania Department of Environmental Protection’s tDEP)  annual report on emissions shows the methane emissions have decreased 8.5% since 2012 even though the reporting well sites have increased 15% and Pennsylvania natural gas production has doubled.

Oil and gas companies are also fine-tuning their processes and infrastructure. On top of deploying machine learning and artificial intelligence, they are examining how to continually improve their performance. Exxon, the largest producer of natural gas and oil, is implementing programs to reduce methane emissions even further.

Their program is designed to overhaul mid-stream operations and equipment to be more efficient and to detect, quantify, and reduce emissions. Exxon plans to utilize drones, aircraft, and satellites to monitor infrastructure for leakages and improve on repair procedures.

“We are implementing an enhanced leak detection and repair program across our production and midstream sites to continually reduce methane emissions, and are also evaluating opportunities to upgrade facilities and improve efficiency at both current and future sites,” said XTO president Sara Ortwein. “Our comprehensive initiative is underscored by a technology research and testing effort, and includes personnel training, equipment phase out and facility design improvements.”

Heck, these procedures are so well done, the Environmental Defense Fund (EDF) is praising them. Mark Brownstein, an EDF Vice President, stated:

“At a time when others are trying to claw back basic protections and make excuses for inaction,” Mr. Brownstein said, “this kind of company responsiveness to the local community, investor and advocate concerns is refreshing.” 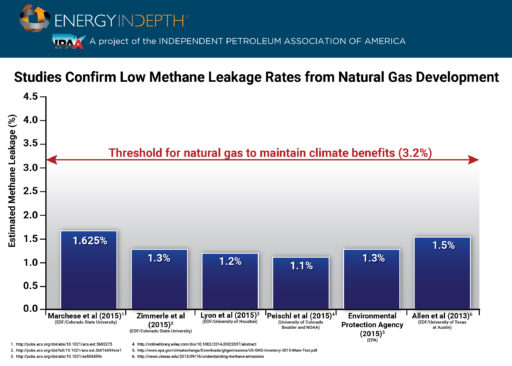 Many activists, once they’ve run through their water contamination schtick, cite their mistaken belief that any benefits that natural gas provides are offset by the amount of methane they leak. Numerous studies have indicated we are far below that threshold; in fact, nearly less than half of that.

Food and Water Watch will not be bothered by these facts. Instead, tt recently tried to spin emissions and CEO pay. The more emissions a company produces, they said, the more the CEOs got paid: $88,000 per million metric tons on average. This is a great example of how they feed irrelevant information to their target base. “Indeed, it pays to pollute” is how they chose to close the post; a little jab for the enjoyment of their comrades in the #ExxonKnew fiasco. 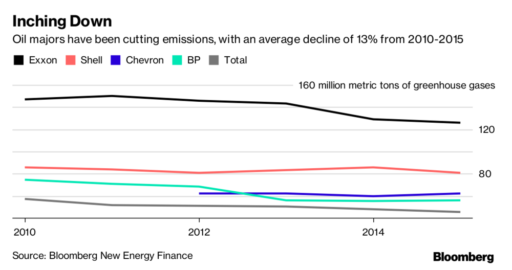 What they do not want to tell you is how the five largest oil companies reduced their emissions 13% between  2010 to 2015 by investing in themselves. These investments, and the realization there is still more that can be accomplished as technologies progress, are the reason we can step outside and breathe the cleanest air we have had since Al Gore invented the internet.