There is an elitist environmental oligarchy that postures as taking the moral high ground but willingly ignores the needs of the poor and middle class.

There was an interesting column this past week on Matt Ridley’s blog entitled “Greens Take the Moral Low Ground – Why Environmentalists Defend the Wealthy Against the Poor” and it brought a lot of things together as we reflect on the elections and the fracking wars, such as they are. Ridley is the former science editor at the Economist and a member of the House of Lords in the UK. His post is oriented toward the European perspective but, in his analysis, he gets to the root of what characterizes the fractivist funders we deal with here in the US and elsewhere; they constitute an elitist environmental oligarchy that operates with staggering hypocrisy against the interests of the poor and the middle class.

A few paragraphs from Ridley’s piece will suffice to make his point:

Indeed, my experience of fanatical greens at conferences and anti-fracking demos is that many are often very grand indeed, disproportionately hailing (when male) from Eton, Stowe and Westminster, shopping (especially when female) at the most expensive of organic shops, and speaking (when of either sex) in the countiest of accents…

Despite these social and economic advantages, eco-toffs [would have us believe they] put their self interest to one side and campaign selflessly for the greater Gaian good, worry about the effect that climate change will have on future generations and yearn for a more holistic version economic growth.

But is greenery really quite so selfless? Take climate change. The “synthesis report” of the Intergovernmental Panel on Climate Change, warns of an increased “likelihood” of severe, pervasive and irreversible impacts if emissions continue. But when you cut through the spin, what the IPCC is actually saying is that there is a range of possibilities, from no net harm at all…through two middling scenarios to one where gathering harm from mid century culminates in potentially dire consequences by 2100…

The OECD’s economic models behind the two scenarios project that the average person alive in 2100 will be earning an astonishing four to seven times as much money – corrected for inflation – as she does today. That’s a 300-600% increase in real pay. This should enable posterity to buy quite a bit of protection for itself and the planet against any climate change that does show up. So we are being asked to make sacrifices today to prevent the possibility of what may turn out to be pretty small harms to very wealthy people in the future.

By contrast, the cost of climate policies is already falling most heavily on today’s poor. Subsidies for renewable energy have raised costs of heating and transport disproportionately for the poor. Subsidies for biofuels have raised food prices by diverting food into fuel, tipping millions into malnutrition and killing about 190,000 people a year. The refusal of many rich countries to fund aid for coal-fired electricity in Africa and Asia rather than renewable projects…leaves more than a billion people without access to electricity and contributes to 3.5 million deaths a year from indoor air pollution caused by cooking over open fires of wood and dung.

Greens think these harms are a price worth paying to stop the warming. They want (other) people to bear such sacrifices today so that the people of 2100, who will be up to seven times as rich, do not have to face the prospect of living in a world that is perhaps 0.8 – 1.2 degrees warmer. And this is the moral high ground?

Ridley nails it in his description of the elitist environmental oligarchy that funds fractivism here and everywhere. They are invariably wealthy, white and without the slightest need to earn a living. They have no pangs of guilt over the impacts of their proposed policies on ordinary Americans; it’s all irrelevant to them, mere “collateral damage” in the words of the folks at the Park Foundation. Satisfying their own desire to be control everything, while simultaneously being perceived as saviors, they sacrifice nothing but the needs of others. 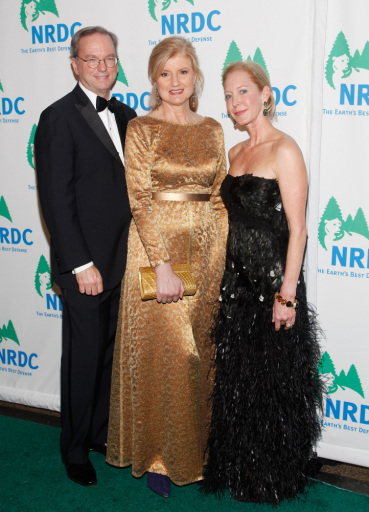 Whether it’s the Rockefeller scions, the Park family, Teresa Heinz Kerry or any of dozen other children of wealth, the financiers of fractivism are far removed from the real world of struggle and don’t like to get their hands dirty. They pay others to cook their meals, mow their lawns and conduct their fractivist campaigns, while they take the glory. The manipulate a media inclined to their view of the world and the nobleness of their causes, knowing many journalists today are more interested in being invited to the Correspondents Dinner or the best Manhattan parties than exposing the corruption of the system.

The corruption is deep. We’ve reported on it persistently here and will continue to do so, because we are driven by the importance of shale development to rural Americans. They are increasingly left behind in an ever more urban country composed of people who have lost touch with the land; people who haven’t a clue what’s involved in putting food on their plates and energy into their homes. Both rural and urban populations have been exploited by this elitist environmental oligarchy, the latter by the use of fear tactics and the former by the denial of opportunities. Meanwhile the oligarchy takes advantage of the system to feather its own nest, producing some astounding examples of hypocrisy.

The companies in which Simons has invested are also the recipient of numerous government grants and incentives to help get them off the ground and put money in his own pocket, some outlined nicely in this article by Washington Free Beacon writer Lachlan Markay. It’s crony capitalism at its worst, practiced by another child of wealth (his father Jim Simons created the family nest egg) – another member of the elitist environmental oligarchy.

But, that’s not the worst of it. Nat Simons is also a flaming hypocrite as Lachlan Markay discovered with some further research. It turns out wonder boy Nat goes to work everyday in this 54 foot yacht, powered by two 775 horsepower diesel engines, which takes him from Berkley, California to San Francisco. 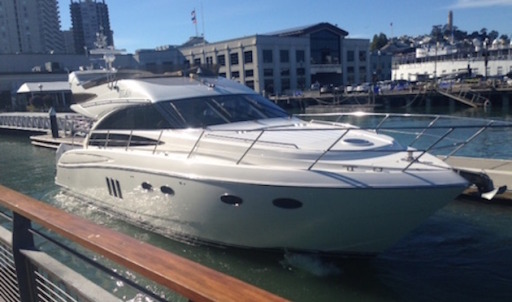 There’s BART train service from Downtown Berkley to the Embarcadero. It takes 22 minutes and costs $7.80 round-trip on weekdays. If this source is any guide, it costs Simons about $85,000 per year for his boat trips on the $850,000 yacht or roughly $425 for his daily luxury trip across the bay. Meanwhile, Simons funds the Sierra Club which says it’s about confronting “unsustainable consumption in developed countries, [that] is threatening the health and well-being of families, communities, and our planet.” Uh, yeah…sure.

Simons is far from the only example crony capitalism by members of the elitist environmental oligarchy. There is also Ivanpah, the pet project of Google’s Erik Schmidt, who is also a big funder of the NRDC, the Energy Foundation, the Sierra Club, Earth Justice, Food & Water Watch, Climate Central. Inc., the Environmental Working Group, the Sustainable Markets Foundation, Earthworks, Mother Jones and the Catskill Mountainkeeper; fractivists all (he and/or Google gave $11.1 million to fractivist groups in 2012). We’ve written about Ivanpah here and here and since then, things have gone from bad to worse.

Ivanpah has already sucked about $1.6 billion of crony capitalist financing from the Federal government, is failing to meet its targets and now wants more Federal money to pay off earlier Federal loans. Meanwhile, Erik Schmidt hobnobs with other rich and famous members of the elitist environmental oligarchy at NRDC events in Manhattan, being lauded for his contributions to the environment.

Those contributions, of course, are donations to groups such as the Rockefeller front group known as the Sustainable Markets Foundation, run for the benefit of trial lawyers to advance the fractivist agenda of the Rockefeller family. It does so by funding sleazy materials and groups and our friend Walter Hang (they appear to have paid him well over a million dollars at this point) to speak to other assembled members of the elitist environmental oligarchy at events in Greenwich Village about the dangers of upstate fracking and the “potentially dangerous drilling technique.”

It’s fakes, phonies and frauds all the way down with these folks. They’re hustlers. They’re crony capitalists taking advantage of the system. They’re corrupt. And, as Matt Ridley observes, they’ve taken the moral low ground all to themselves while pretending the opposite.

9 thoughts on “The Elitist Environmental Oligarchy”