Robert Bradley returns to a hero of his for inspiration as he offers up Julian Simon’s wonderful and wise words from the 25th anniversary of Earth Day.

April 22 [1995] marks the 25th anniversary of Earth Day. Now as then its message is spiritually uplifting. But all reasonable persons who look at the statistical evidence now available must agree that Earth Day’s scientific premises are entirely wrong. 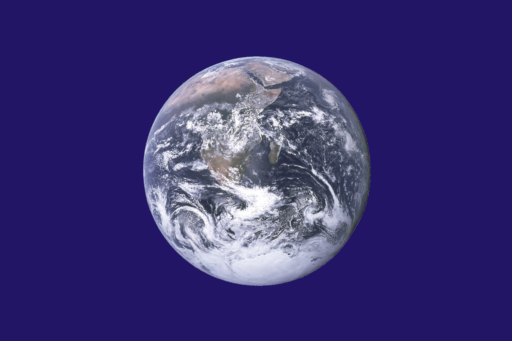 Threatened? Not so much!

During the first great Earth Week in 1970 there was panic. The public’s outlook for the planet was unrelievedly gloomy. The doomsaying environmentalists–of whom the dominant figure was Paul Ehrlich–raised the alarm: The oceans and the Great Lakes were dying; impending great famines would be seen on television starting in 1975; the death rate would quickly increase due to pollution; and rising prices of increasingly-scarce raw materials would lead to a reversal in the past centuries’ progress in the standard of living.

The media trumpeted the bad news in headlines and front-page stories. Professor Ehrlich was on the Johnny Carson show for an unprecedented full hour—twice. Classes were given by television to tens of thousands of university students.

It is hard for those who did not experience it to imagine the national excitement then. Even those who never read a newspaper joined in efforts to clean up streams, and the most unrepentant slobs refrained from littering for a few weeks. Population growth was the great bugaboo.

Every ill was the result of too many people in the U. S. and abroad. The remedy doomsayers urged was government-coerced birth control, abroad and even at home.

On the evening before Earth Day I spoke on a panel at the jam-packed auditorium at the University of Illinois. The organizers had invited me for “balance,” to show that all points of view would be heard. I spoke then exactly the same ideas that I write today; some of the very words are the same.

Of the 2,000 persons in attendance, probably fewer than a dozen concluded that anything I said made sense. A panelist denounced me as a religious nut, attributing to me weird beliefs such as that murder was the equivalent of celibacy. My ten-minute talk so enraged people that it led to a physical brawl with another professor.

Every statement I made in 1970 about the trends in resource scarcity and environmental cleanliness turned out to be correct. Every prediction has been validated by events. Yet the environmental organizations and the Clinton administration–especially Vice President Al Gore, the State Department, and the CIA –still take as doctrine exactly the same ideas expressed by the doomsayers in 1970, despite their being discredited by recent history. And the press overwhelmingly endorses that viewpoint.

Here are the facts: On average, people throughout the world have been living longer and eating better than ever before. Fewer people die of famine nowadays than in earlier centuries. The real prices of food and of every other raw material are lower now than in earlier decades and centuries, indicating a trend of increased natural-resource availability rather than increased scarcity. The major air and water pollutions in the advanced countries have been lessening rather than worsening.

In short, every single measure of material and environmental welfare in the United States has improved rather than deteriorated. This is also true of the world taken as a whole. All the long-run trends point in exactly the opposite direction from the projections of the doomsayers. There have been, and always will be, temporary and local exceptions to these broad trends. But astonishing as it may seem, there are no data showing that conditions are deteriorating.

Rather, all indicators show that the quality of human life has been getting better. As a result of this evidence of improvement rather than degradation, in the past few years there has been a major shift in scientific opinion away from the views the doomsayers espouse. There now are dozens of books in print and hundreds of articles in the technical and popular literature reporting these facts.

A bet between Paul Ehrlich and me epitomizes the matter. In 1980, the year after the tenth Earth Day, Ehrlich and two associates wagered with me about future prices of raw materials. We would assess the trend in $1000 worth of copper, chrome, nickel, tin, and tungsten for ten years. I would win if resources grew more abundant, and they would win if resources became scarcer. At settling time in 1990, the year after the twentieth Earth Week, they sent me a check for $576.07.

A single bet proves little, of course. Hence I have offered to repeat the wager, and I have broadened it as follows: I’ll bet a week’s or a month’s pay that just about any trend pertaining to material human welfare will improve rather than get worse. You pick the trend–perhaps life expectancy, a price of a natural resource, some measure of air or water pollution, or the number of telephones per person– and you choose the area of the world and the future year the comparison is to be made. If I win, my winnings go to non-profit research.

I have not been able to close another deal with a prominent academic doomsayer. They all continue to warn of impending deterioration, but they refuse to follow Professor Ehrlich in putting their money where their mouths are. Therefore, let’s try the chief “official” doomsayer, Vice President Al Gore. He wrote a best-selling book, Earth in the Balance, that warns about the supposed environmental and resource “crisis.” In my judgment, the book is as ignorant and wrongheaded a collection of cliches as anything ever published on the subject.

So how about it, Al? Will you accept the offer? And how about your boss Bill Clinton, who supports your environmental initiatives? Can you bring him in for a piece of the action?

That’s the bad news. The good news is that there is every scientific reason to be joyful about the trends in the condition of the Earth, and hopeful for humanity’s future, even if we are falsely told the outlook is grim. So Happy Earth Day.

Julian Simon is an everyday inspiration at MasterResource, which is named for his term for energy. Marian Tupy’s HumanProgress.org (Cato Institute) applies Simon’s worldview to current events.

Editor’s Note: These are, indeed, wise words. No matter how much things get better enviros tend to increase the shrillness of their ridiculous claims. It continues today, despite a half-century of predicted calamities that have not occurred. That’s because the minute we switched from “conservation” to “environmentalism,” the science and objectivity was out and the politics was in. What was wise use became political opposition to any use. Fractivism is just the latest iteration of this phenomena.