Elon Musk’s space adventures get all the media attention but one only need to think about a bit to realize modern oil and gas drilling and hydraulic fracturing represent a much greater marvel. The industry has perfected a technique to drill down more than a mile into solid rock, turn sideways, drill several more more miles, pry open the rock and release precious energy from the sun that was stored there eons ago. Our friend, Mark Mathis, at the Clear Energy Alliance, has produced yet another powerful video explaining the miracle.

Here is the video:

As you know, when Mark posts his videos YouTube, he always includes the transcripts, too. Here is the one accompanying the above video, with some emphasis added on the most relevant parts of the story:

With all due respect to space explorers, the people doing the most complex engineering feats these days are exploring for oil and natural gas.

But you don’t know that because the mainstream media that fawns over Space X couldn’t care less about the engineering wonders that happen right here on earth.

You’re skeptical, I know. But stop for a moment and consider something truly astonishing. Drilling engineers are now putting pipes in the ground that extend for… wait for it… nearly six miles.

How amazing is that? It’s a technical marvel that’s actually good for all of us in a number of ways.

But, first, let’s consider the technical accomplishment. The world’s longest well was recently drilled in the Marcellus-Utica shale formation in eastern Ohio. The drill bit bored two miles down. Then, at what’s called the “kick point”, engineers turned the bit and extended the hole horizontally for another 3.8 miles. The total length, 30,746 feet! 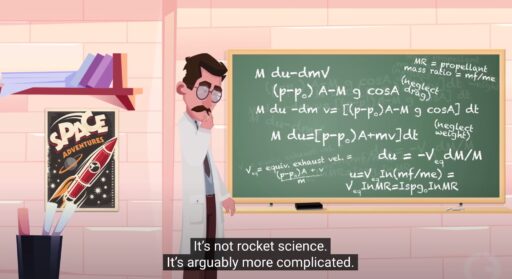 Of course, these wells were hydraulically fractured. Nearly all wells are frac’ed these days. Contrary to what you’ve been told from the mainstream narrators, this is a good thing. And it’s safe.

The wells are typically drilled at least a mile deep, and often much deeper. Groundwater is only 300 to 1,000 feet deep. So, there is a great distance, usually more than a mile, between the oil and gas resources and groundwater.

After a well is drilled, a pipe, called casing, is inserted into the hole. Then cement is pumped through the pipe and into the space between the casing and the well bore wall. That creates a double barrier between the oil and gas flowing to the surface and the earth surrounding it.

In the vertical section of the well there are typically three to four additional strings of casing and cement to help protect ground- water.

The long laterals being drilled are incredible, but the frac’ing process itself is pretty amazing.

Once the casing and cement are fully set, engineers insert a plug at the end of the pipe. They use a perforating gun to punch holes in the casing. They then pump water, sand, and a small amount of chemicals into the pipe. The hydraulic pressure fractures the formaHon about 100 feet in each direction.

Sand is used to keep the cracks open. The chemicals lubricate the mixture and prevent bacteria from growing. The procedure of plugging, perforating, and frac’ing happens repeatedly across the horizontal length of the well.

Once that is done, the plugs are drilled out, and oil and gas can begin flowing.

Alright, so it’s all a technical wonder, but why should you care? Well, you care about the environment and your energy bills, don’t you?

A big benefit of much longer lateral wells is that they produce more oil and natural gas on one well pad than that of several wells not long ago. That reduces the environmental impact.

On top of that, multiple wells can be drilled from the same pad, producing even more energy with less impact.

This efficiency means the oil and gas can be produced at lower cost, which translates into savings on gasoline, diesel, home heating and cooking, electricity, and countless products made from petrochemicals.

And, don’t forget all the high paying jobs that come from American-produced energy. We appreciate space exploration as much as any other geek.

But it doesn’t produce the energy that runs the world, and it’s arguably not as complicated. In other words, it may be rocket science, but it’s not Geoscience.

Thanks, Mark! Power on!