It was 2009. Three of us, Bryant LaTourette, Sue Dorsey and I were riding home together in a van after a town board meeting in Oneonta, New York.

All of us were, at the time, land owner coalition leaders and/or active in the Joint Land Owners Coalition of New York. We were advocates for clean safe responsible gas drilling here in New York. We also understood the relationship of natural gas development to our national security and what today, Memorial Day, is all about.

Our education on the subject of hydraulic fracturing was self-learned by attending scientific presentations in several different forums given by geologists,  engineers and gas and oil experts in their fields. We attended one event, I recall, where a physicist told us gravity helps keeps frack fluid deep in the ground, as it is impossible for the fluid to penetrate upwards through 5,000 feet of bedrock to a water aquifer.

We had facts, not fictitious stories, like the ones perpetrated by paid representatives of Food and Water Watch, or the Catskill MountainKeeper, to name two. That reality recently unfolded in an ongoing trial in Montrose Pennsylvania. Testimony at a hearing in Albany, New York about a contaminated well water was also a lie. The brown water jug paraded around by Hollywood elitist Mark Ruffalo was yet another. Some people were paid as much as $6,000 month to carry that brown jug and claim “this is our water….”

But, for most of you this is not new information, just denied information by those who believed, religiously, Al Gore’s predictions that global warming would eradicate the polar caps as well as the polar bears, that rising sea levels would put costal cities under water in a few years and that mankind’s very existence would be endangered by 2012. But, this how things have unfolded later. Let me get back to that meeting that Bryant Sue and I attended in Oneonta.

My memory of the event from a decade ago is a bit faded except for the gist of the testimony we gave in our plea for common sense on the subject of gas drilling. Several speakers on the pro-drilling side brought up the fact we had soldiers dying to protect oil and gas fields in the Middle East.

Our opposition claimed this was simply not true but, yet, the Navy’s mission statement was to protect shipping lanes and ports of commerce including oil barges from terrorist. We had soldiers in Kuwait, Saudi Arabia, protecting oil interests, in Afghanistan protecting pipelines. The simple fact is since 1973 up to half of all are wars were fought to save American oil imports! From 1973 until today, nearly every war fought by American troops has been to protect the free world’s interest in our Middle East energy supply. And, we aren’t the only ones who saw it this way, as this information from the Harvard Kennedy School indicates:

Though the threat of “resource wars” over possession of oil reserves is often exaggerated, the sum total of the political effects generated by the oil industry makes oil a leading cause of war. Between one-quarter and one-half of interstate wars since 1973 have been connected to one or more oil-related causal mechanisms. No other commodity has had such an impact on international security.

The influence of oil on conflict is often poorly understood. In U.S. public debates about the 1991 and 2003 Iraq wars, both sides focused excessively on the question of whether the United States was fighting for possession of oil reserves; neither sought a broader understanding of how oil shaped the preconditions for war.

When we left the Oneonta meeting we were troubled by the fact that, suddenly, people who often protested sending our troops to protect oil were now denying that it ever happened. We were heavily into discussion on our trip back to Chenango County; why the turnabout? What was triggering the anti-drilling zealots to abandon their war protest past? Why was discussing military lives lost, now such a threat to them? Then it hit us like a ton of bricks…

If we became less independent on foreign fossil fuels due the miracle of hydraulic fracturing, then fewer soldiers would be sent to countries to face death and dismemberment. Hydraulic fracturing would be revered as the miracle that would allow some of our soldiers to come home and stop fighting wars in the Mideast. That would be a public relations nightmare for them and their anti-gas movement, which was more important to them than our soldiers. To drill a gas well was worse, in their eyes, than our soldiers fighting foreign wars for oil.

That was how our “Drill A Gas Well, Bring Home A Soldier” bumper sticker campaign was born; to bring home the reality and challenge those who put their anti-gas agenda before that of our nation and its youth.

This Memorial Day weekend, whether your pro-gas or an anti-gas gas user,  thank one of those soldiers. If you know a soldier, whether it’s your friend’s daughter, your brother’s son, your dad, your uncle or someone else, don’t pass up the opportunity to thank them for their service to you and our country. Without their personal sacrifice there might not be a home to be proud of or a country as rich and prosperous as the United States of America.

And, if and when you attend your local parade, as the living veterans from many wars march by, clap and shout “Thank You!” Ever so more important, remember those who gave all, life and limb, and pray that their’s is the peace of an eternity filled with Love and Joy. 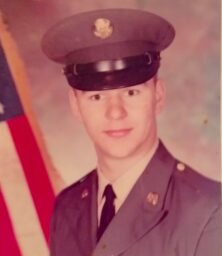 Proud to have served! Drill a gas well and bring a soldier home!

10 thoughts on “Drill A Gas Well, Bring Home A Soldier: How It Came to Be”