Make no mistake about it; the DRBC is engaged in a despicable enterprise that’s a lot like stealing pennies from a dead man’s eyes, according to Bob Nolan.

While delivering his Inaugural Address on January 20, 1961, President John F. Kennedy made a very cogent observation regarding a freeman’s rights:

“And yet the same revolutionary beliefs for which our forebears fought are still at issue around the globe–the belief that the rights of man come not from the generosity of the state but from the hand of God.”

“Its significance lies in the unique character of the compact and the great hope for comprehensive plans for full and effective development of the Delaware River Valley”. 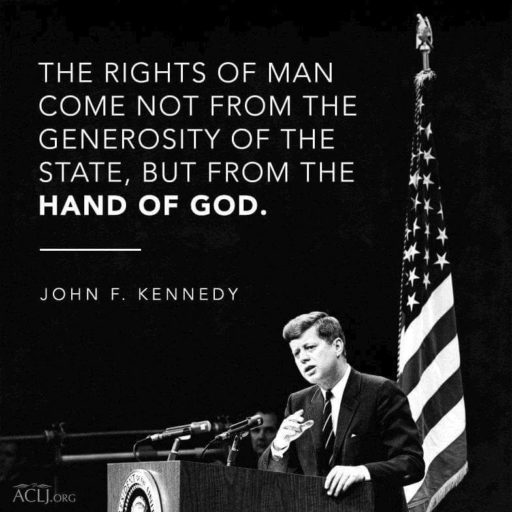 So, what of those rights JFK mentioned, the same rights elaborated in the U. S. Constitution and Declaration of Independence and by John Locke and Alexis de Toqueville, by the Magna Carta in 1215, and in Catholic Canon Law dating to Constantine the Great in 321 AD. The ink on the DRBC compact was still moist and poor JFK was barely crossing the bar in Arlington, Virginia when the DRBC fired their first salvo at the good folks living in the beautiful, pristine Upper Delaware.

Those good folks are the same ones who, for over two centuries, had sent their agricultural products, and natural resources—timber, coal and quarried stone—downriver to build, feed and fuel the burgeoning cities and surroundings of New York and Philadelphia. They’re the same citizen taxpayers who had preserved and protected the Upper Delaware River Basin, its natural beauty and natural resources, from when their ancestors settled in the region 300 years before.

That first salvo was the Tocks Island Dam, a boondoggle of epic proportion. DRBC was complicit with the Army Corps of Engineers and National Park Service in the displacement of over 600 families and property owners through eminent domain and condemnation; a land grab con job totaling about 72,000 acres of private property.

For an added slap in the face to the land owners, the Army Corps of Engineers rented some of the newly acquired properties for the short term. Those who had just recently and unwillingly sold their homes now saw their land and houses occupied by people from outside the valley. Other confiscated properties were occupied by squatters.

The project was a colossal disaster from the opening gambit, and the optics were exponentially worse. What we do know from the public record is the Tocks Island Dam project was all about diverting river water for use by Philadelphia and New York City and the DRBC did not play Pontius Pilate and attempt to wash its hands of this until the late 1970’s, finally asking Congress to defund Tocks Island.

Tocks Island had been deprived of huge amounts of funding due to escalating costs of the Vietnam war and the DRBC, hoping to enrich its coffers, decided the time had come to abandon a sinking ship. How heroically noble of them.

Fast forward a few years after the Tocks Island Dam was never built and the property owners never received their coveted property in return; land most of them had sold with no recourse. The federal government kept this beautiful, desirable river corridor and had created the Delaware Water Gap National Recreation Area, stretching about 40 miles from the Delaware Water Gap to just north of Milford, PA. The die had been cast. The land grab had worked……and it just may work again. 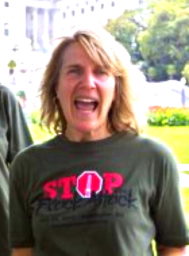 A new millennium has since dawned, but JFK was so prescient….”And yet the same revolutionary beliefs for which our forebears fought are still at issue around the globe–the belief that the rights of man come not from the generosity of the state but from the hand of God.” A-OK, JFK, not so fast. It’s now the 21st century and there’s a pathetic, vacuous, loudmouth, shill of a shyster…an abject failure at chasing ambulances…who believes she’s the new sheriff in town and the sole custodian of the Delaware River.

That’s right, the Queen of Poverty, the Sultanah of Self Aggrandizement, the Princess of Pilfered Private Property Rights, the Delaware PovertyKeeper a/k/a Riverkeeper, Maya van Rossum, is one of the more visible cheerleaders and obnoxious propagandists of the current Delaware River Basin land grab. She’s leading an assault on your property rights, a scheme that is afoot this very minute along the pristine Upper Delaware River in Wayne and Pike County in Pennsylvania, and Sullivan and Delaware County in New York.

In the course of her full time pursuit of and assault on your private property rights, Maya and her cronies have managed to completely compromise the DRBC and its committees.

Here’s what Maya the Povertykeeper had to say about your God-given private property rights in an August 4, 2017, Delaware RiverKeeper River Quote:

News for Our Members from the Delaware Riverkeeper Network

We’re not going to have instant definition and transformation overnight because all of these rights take time to define, said Maya van Rossum, the Delaware Riverkeeper. “It has to go through that court process. But this is a huge step forward for the rights of the people of Pennsylvania to a healthy environment.”

The DRBC and its co-conspirators, including PovetyKeeper Maya, are now well down the path to their next perceived, prized land grab….the beautiful Upper Delaware River corridor, and they’re doing so by attempting to usurp your property rights or, as Maya said “define and transform…these rights.” And, once again the “elephant in the room” is water for New York City and Philadelphia and the ridiculous myth that 15 million people get their drinking water from the Delaware River versus the property rights of the individual citizen, tax paying land owners who live, work and raise their families in that region.

The end game is for the Upper Delaware to be part of a large park that would subsidize and supply New York City’s potable water. The existing property owners along the Upper Delaware must be driven from their land and that’s precisely what the National Resources Defense Council (NRDC) and other “stakeholders” (stakeholders are never the actual land owners) propose behind closed doors with New York City, State and federal officials where they’re hammering out the details of a revised plan to safeguard New York City irreplaceable Catskill and Delaware water supplies.

New York City, for its part with its “irreplaceable Catskill and Delaware water supplies”, refuses to either face reality or responsibility regarding it’s water supply. Building filtration plants would be just too much of a financial burden on the poor New York City water consumers. Would it not be much easier and less costly to implement the following nefarious NRDC plan?

“An enhanced focus on protection of watershed stream corridors. A recent NYC initiative, in partnership with the Catskill Center, is designed to preserve fragile buffer lands that parallel the streams draining into city reservoirs”

And, so, along the Upper Delaware, we are again in the crosshairs of New York City/Philadelphia water issues. It’s fairly obvious some very powerful players (see here and here), none of them friends of private property rights or the river basin land owners, are attempting to starve the residents and land owners of the Upper Delaware River Basin off their property.

What better means to this end than to deny land owners their rights as freemen, as citizen taxpayers, to their natural resources? If you can render a land owner’s property/resources useless through regulatory fiat, you effectively transform that property into a liability rather than an asset. The owner continues to pay ever escalating taxes but can’t use the land or the resources. Make private property an extremely costly financial burden, make it unaffordable.

The sooner you can get that farmer/logger/developer/homeowner property on the delinquent tax roll and sold for pennies on the dollar, the sooner your plan comes to fruition and the sooner you’ve stolen the other guy’s land. The lynchpin of the entire scenario is private property rights; your rights as a freeman you were born with and granted to you by the Creator. For the DRBC and its conspirators’ plan to work, private property rights need to cease to exist. 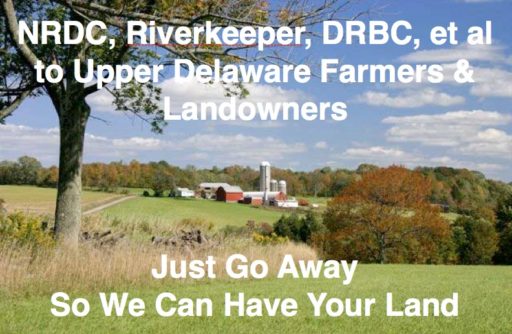 Those resources include Marcellus Shale. Yet, the DRBC intends to forbid the development of the Marcellus, a formation that would mean financial salvation for many land owners in the Upper Delaware. But, that financial salvation, keeping that land in the hands of the current owners and very capable, proven stewards of the Upper Delaware, that just doesn’t fit in the DRBC/NRDC/Riverkeeper grand scheme, does it?