As DRBC Executive Director Carol Collier candidly admitted in 2010, the agency has always been out to obstruct natural gas development using delay tactics.

Not much has changed with the Delaware River Basin Commission (DRBC) over the last decade. The DRBC staff was determined to obstruct natural gas development way back in 2010 just as is now, depriving upper basin residents of the best possible economic opportunity they ever had. It was already serving as the lapdog for the William Penn Foundation, which would later reward it board appointments and cushy assignments. A decade of experience now shows the DRBC has never been sincere in its approach to natural gas. 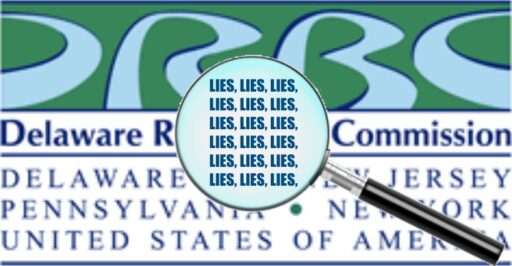 The DRBC, at it’s meeting on May 5, 2010, directed its staff as follows, emphasis added:

Rulemakings – Natural Gas Development. Dr. Howarth [Katherine E. Bunting-Howarth, Acting Chair, Delaware] next addressed natural gas drilling and in particular, the draft dockets for a surface water withdrawal and a natural gas well pad for the Stone Energy Corporation, which were the subject of a public hearing on February 24, 2010 and a written comment period that ran from February 8 through April 12, 2010. She related that DRBC had received some 1,700 comments on the Stone Energy dockets. She announced that although she and her fellow Commissioners believe DRBC has sufficient regulatory authority to move forward on water allocation dockets, before considering approval of any well pad projects they would like staff to complete a rulemaking for this type of activity in the Basin.

Dr. Howarth asked the Commissioners to consider the following Resolution for the Minutes to clarify the Commission’s intentions with respect to the development of new regulations and consideration of pending applications for projects associated with natural gas development:

(1) We direct staff to develop draft regulations on well pads in the shales for notice and comment rulemaking;

(2) we will postpone the Commission’s consideration of well pad dockets until regulations are adopted; and

(3) we will move forward with water withdrawal dockets in due course.

Mr. Freehafer via speaker phone said that New York recognized that the impacts of natural gas development on interstate Special Protection Waters could include effects outside the scope of the individual states’ rules. He said New York expects the Commission to consider new regulations to fill such potential gaps.

A casual reader, of course, might, based on these minutes, suppose the DRBC was simply going to take some time to develop regulations to address water quality issues outside “the scope of individual states’ rules” before acting on any application before it, one from Stone Energy then being in the hopper. But, that is only if the reader was not aware of what the DRBC was simultaneously telling others.

This was brought to mind by an article shared with me by a friend recently. I’m not sure where it was originally published by you can read the whole thing here. It’s about a conference that took place less than two weeks later on May 18, 2010. The same DRBC minutes, in fact, indicate the Commission members were apprised of the event by DERC counsel Pam Bush:

Delaware River Greenway Partnership (DRGP). The partnership will sponsor a forum entitled Health of the Delaware: Facing the Threats on Tuesday, May 18, 2010 from 8:45 a.m. to 2:30 p.m. at the Prallsville Mills Complex, Route 29, Stockton, NJ. One of the scheduled speakers is DRBC Executive Director Carol Collier. The cost to attend the forum is $25 and includes lunch; please visit the DRGP web site for registration details.

The title of the forum and the fact Carol Collier was scheduled to speak, combined with the notice to the Commissioners, suggest the DRBC viewed natural gas development as a threat and not simply as an application. It’s also significant that the DRBC is listed as a formal partner in the Delaware River Greenway Partnership. The DRBC, in other words, was actively. not just passively, participating in a forum treating natural gas development as a threat. Moreover, it was doing so while it was pretending to treat it as just another application for which it needed clarifying regulations.

It was what Carol Collier said at the forum that was especially revealing, though:

People have put the Delaware River’s health in jeopardy. But people – working together – can prevent catastrophe…

Speakers focused on natural gas drilling, climate change, and invasive species. The impact from these threats is already beginning. The time to act, the speakers agreed, is now.

“To protect the river, protect the mountains.” Citing ancient wisdom, Carol Collier, executive director of the Delaware River Basin Commission, warned that drilling in the river’s forested headwaters is endangering water quality and supply, and increasing the risk of catastrophic flooding.

Natural gas a mile below the surface in the Marcellus Shale formation, which underlies about 36 percent of the Delaware Basin, has high value, but extracting it raises numerous concerns, Collier said.

Fracking – the process of fracturing the shale to enable horizontal drilling – uses 3-5 million gallons of groundwater, which is combined with chemicals and injected into the rock. Withdrawal of groundwater may affect the flow of streams and aquifers.

About 80 percent of the fracking liquid is returned to the surface. The remainder stays in the shale, raising concerns about aquifer contamination.

The liquid dissolves salt in the shale. When the salty liquid returns to the surface it cannot be disposed of in normal wastewater treatment plants, so is trucked far distances. There is now too much for those plants to handle.

DRBC is considering regulation to address the issues.

Collier said corridors critical to water quality need to be mapped, and clearing restricted. DRBC needs funding, said Collier, to do mapping and to assess the impacts of clearing. She asked the public to call their legislators to press for funding and support appropriate regulation.

“Drilling must be done smartly,” said Collier. “To do it smartly, we’ve got to slow down.”

Reading all this a decade later, it’s all so 2010. There is no example of aquifer contamination with fracking chemicals, gas companies are treating their own flowback with technology and reusing the water themselves and multiple studies show no impact on SRBC streams. Notice, though, how the DRBC staff talked among enviro friends at the same time it was approaching the matter with seeming rationality at the Commission level. It was all phony at the official level. Carol Collier wanted money for her agency to study things to death and kill fracking with ever tightening strangulation. Delay and obstruction were the real order of the day.