“Don Corleone” Cuomo is pursuing the mother of all rackets in his attempt to blame, investigate and harass National Grid, a victim of his own politics.

New York Gov. Andrew “Don Corleone” Cuomo continues his sleazy vendetta against National Grid, the New York City/Long Island gas utility company that is refusing to connect *new* customers to their natural gas system because Cuomo has denied new sources of natural gas for that system. So far NY media is licking Cuomo’s boots on this issue, publishing sob stories that blame National Grid for the hardships now faced in the region. But residents in NYC and Long Island are not fooled. They see what’s really happening. 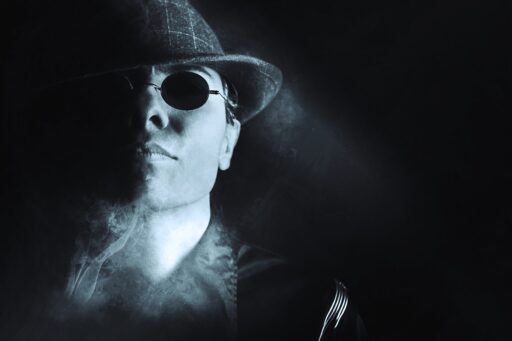 “Don Corleone” Cuomo refuses to allow a new pipeline to be built to the New York City (and Long Island) region, called the Northeast Supply Enhancement (NESE) project. National Grid, which supplies natural gas to parts of New York City and all of Long Island, needs new supplies of gas from that line.

Since there will be no new pipeline, National Grid has placed a moratorium on hooking up new gas customers in the region (see Economic Fallout from Cuomo’s Decision to Kill NESE Pipeline).

Cuomo once again trotted out his “blame National Grid” line at a press conference unrelated to this issue, on Wednesday. He called out National Grid:

National Grid didn’t get the pipeline it wanted, so now the utility is giving its customers the shaft, Gov. Andrew Cuomo argued Wednesday.

The governor told reporters at an unrelated press conference that something smelled funny about the natural gas supplier’s refusal to add new accounts, or to reconnect old ones, in the months after his administration denied a permit to the proposed Williams pipeline. The 23.5 mile planned conduit, named for National Grid’s partner in the venture, would have channeled natural gas from shale deposits in Pennsylvania and beyond under New York Harbor and into the city and its metro area.

“What they’re doing overall, I believe—and I’m a little cynical about their motivations, so just factor that in—they want a new pipeline approved for natural gas,” he said. “Their argument is they need this new pipeline because they’re running out of supply. The way they dramatize that is by saying, ‘We won’t accept any new applications.’”

The governor walked this assertion back—adding, “I’m not saying that’s their motivation, but it might be”—only to walk it forward again just moments later.

“I think they may be trying to increase political pressure to get their pipeline approved,” he concluded. “And the way they do that is by creating these situations where people are suffering real hardship.”

Cuomo has already directed his Public Service Commission to investigate the validity of National Grid’s claims that it lacks the capacity to provide gas to either old or new customers. Environmentalists broadly oppose the construction of any fuel supply lines, while unions and trade groups maintain that they are necessary for the state’s continued job and housing growth.

National Grid did not respond directly to the governor’s remarks, except to state that it was working to illustrate the pipeline’s necessity to his commission.

“We continue to work with the PSC to demonstrate the supply constraints to the region and the need for additional natural gas supply,” a spokeswoman for the company told Crain’s. “We also continue to discuss customer connection challenges and how continuing to connect customers exacerbates the supply shortage and potentially puts the system at risk.”*

What a sick piece of work. If you click the link below to read the full article online, be sure to view the comments under the article. New Yorkers are not fooled by “Don Corelone” Cuomo. They see through him.

We’d like to invite you to use a little bit of rational thinking for just a moment. If National Grid really has all of the gas it already needs and doesn’t need the pipeline, why would they refuse service to more customers who use their gas–putting more money in their pocket? Why does National Grid insist that the NESE pipeline get built? It’s not *their* pipeline! It belongs to Williams. National Grid does not profit in any way from NESE, other than they get to resell the gas from it.

National Grid refuses to hook up new customers not for politics, as Corleone Cuomo claims. That’s a false argument. National Grid is blocking new customers (that would otherwise be paying them) because National Grid can’t risk having the entire system dry up on a cold winter’s day from high demand. This is not hard to figure out. This is NOT politics! It’s reality. What Cuomo is doing in denying the pipeline permission to build is politics.