The Heinz divestment hustle; they claim to be against fossil fuels yet the Heinz Family Trust investments are jammed packed with fossil fuel companies!

Teresa Heinz-Kerry, affectionately known on MDN as Mamma Teresa, is a well-known anti-fracker. In 2013 Mamma Teresa fired the head of the Heinz Endowments, Bobby Vagt, after he had the temerity to support the Center for Sustainable Shale (see Bobby Vagt Out as Pres of Heinz Endowments – Fracking Connection? and She Speaks! Teresa Heinz Kerry Talks re Endowments Firings, CSSD). Working with evil, vile, filthy carbon polluters like oil and gas drillers is a no-no for Mamma Teresa. And yet, according to an analysis of the Heinz Family Trust, Mamma Teresa and the Heinz kids are invested in some of the biggest fossil fuel companies on the planet, invested up to their eyeballs. 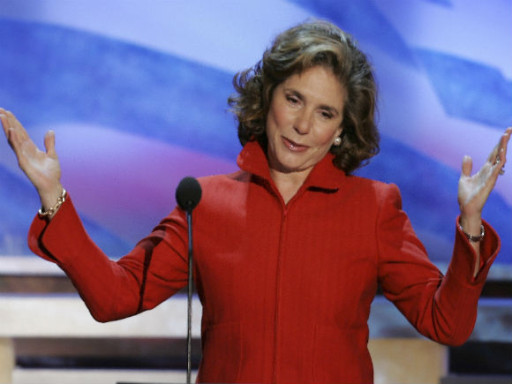 We have the full list, you won’t believe how long it is! Mamma Teresa even invests in Cabot Oil & Gas, of Dimock fame. (Don’t tell Josh Fox!) You already know what rank hypocrites liberals like Heinz-Kerry are. But still, MDN is today officially calling on Mamma Teresa (and her husband John Kerry, currently Obama’s Secretary of State) to act responsibly and immediately divest all of their holdings from fossil fuel companies–the same companies she vilifies every chance she gets.

Several of the investments are in companies that use hydraulic fracturing, known as fracking, which is passionately opposed by environmentalists.

Kerry and his wife, Teresa Heinz-Kerry who inherited a portion of the Heinz family fortune, also reported family trust investments in 56 other companies closely tied to fossil fuels such as petrochemical companies, airlines, car and truck manufacturers along with conventional electric utilities that mainly rely on coal, oil and gas.

Dominating the billion-dollar Kerry-Heinz estate are trust investments in many of the world’s oldest oil companies.

Three other companies involved in fracking in the Heinz family portfolio included Houston-based Cabot Oil & Gas, along with Oklahoma-based Gulfport Energy and the Williams Companies…

The trusts also have trust investments in natural gas exploration, storage and transportation, including the use of LNG, also a fuel long-protested by environmentalist.

Nineteen regional utilities are also heavily represented in their investments, all of which are conventional electric utilities that depend on fossil fuels, including natural gas…

John Kerry is a mook. His wife a hypocrite. They’re both disgusting.

Editor’s Note: The Heinz Endowments, of course, has funded PennFuture, PennEnvironment, the Clean Air Council, the Delaware Povertykeeper a/k/a Riverkeeper and a ton of other fractivist groups. Moreover, what Heinz hasn’t funded the Tides Foundation has, all with the goal of convincing the rest of us not to invest in anything remotely connected to fracking, while this rich couple with homes everywhere pays for their extravagant lifestyle through the earnings from it.

Heinz and Kerry aren’t the only hypocrites, of course. We pointed out here, for example, how Stephen Clark Rockefeller, Jr. has recreated Rockefeller Oil and is investing overseas in the industry while the family does everything it can to kill the industry here. It’s also worth noting the very financier of the La Jolla Junta conference where the racketeering radicals conspired to engineer a RICO action against oil and gas companies – the V. Kann Rasmussen Foundation, the force behind 350.org and divestment prophet Bill McKiibben –  is invested in Schlumberger (see page 35 of 62 in latest 990 filing). Schlumberger, of course, is more than an oil and gas company; it specifically provides hydraulic fracturing services to oil and gas companies.

These people are total frauds.