Electric vehicles aren’t going to reduce our demand for oil and gas; OPEC has much more to fear from new disruptive technologies employed in the industry.

OPEC is on the defense. Built on the principle of collusion with other nations and now engaged in yet another such effort to regain the market by setting limits on production, they are rightly worried about their future. Nevertheless, despite what many would have us believe, electric vehicles (EVs) have little to do with their worry. They are no threat at all compared to the disruptive technologies that have been and are being developed in the oil and gas industry.

The EV claim was amplified by Volvo’s decision to go all-electric by 2019, as well as countries such as France and England outright banning combustion engines by 2040. The introduction of Tesla’s pocket ace, the Tesla 3, a cheaper model at $35,000, has also contributed to the hype. None of these factors are likely to have much impact, though, compared to disruptive technologies American oil and gas companies are bringing forward. 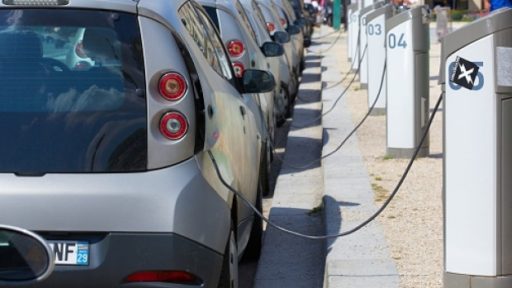 The Manhattan Institute, in fact, recently wrote about how “digital oil fields” are the real threats to OPEC – not the electric vehicle, as so many are predicting. As more and more EVs are produced, their demand is having a little effect on oil demands.

One-hundred million EVs would constitute 7 percent of the 1.5 billion cars expected to be on the world’s roads by 2027. Because cars account for less than half of oil demand, that translates into a mere 3 percent reduction from today’s barrels burned. Meanwhile, by 2027 a growing world will see oil demand rise 10 percent, according to the Energy Information Administration (EIA). In short, even realizing EV’s most optimistic dream, we’re still a million miles away from the demise of internal-combustion. OPEC can rest easy — at least when it comes to EVs.

Big technologies have been developed to make fracking operations more and more efficient. We have watched as old oil fields have come back to life after they were once thought of as “tapped.” The technological advances are more than revitalizing old fields, but also help us help us make right decisions.

Machine learning and artificial intelligence still conjure up sci-fi imagery of near-impossible scenes from Terminator or iRobot for many of us. The idea that a computer can learn and improve is not a far off technology with no application in today’s world; it is happening now.

Little known technologies in machine learning and advanced algorithms are being used in the drilling process. Once such technology, MOTIVE Drilling Technologies develops cognitive computing to predict economic impacts as it guides the drill.

Helmerich & Payne, a Tulsa-based oil-field contract drilling company, acquired MOTIVE, for $100 million this past May. It is described as:

This is the very definition of disruptive technologies and the gas industry is primed to get a reboot of technologies that change the way horizontal drilling is performed. As the Manhattan Institute mentions, we are not approaching peak oil, but rather peak oil prices.

This is certainly bad news for Al Gore. An Inconvenient Sequel, his second Inconvenient Truth film, is chock-full of more scaremongering doom and gloom unless we switch to electric vehicles and use more solar and wind power. He claims we will continue to see increased super-storms that, as John Stossel points out, aren’t even happening. I assume it is the same reason we still have ice caps three years longer than he predicted in the last film.

As with solar and wind, I am not opposed to electric vehicles as a technology. There is a place for them on our roads just as I look forward to machine learning and AI to create autonomous cars. Nonetheless, there has to be a realization they are not the end-all-be-all solution we are constantly hearing and, of course, EVs rely on electric power made with something else.

That something else, more often than not, is natural gas. We also need solid backup for days when the sun doesn’t shine, the wind doesn’t blow, or as in a recent story, when you need to escape a hurricane and your EV battery cannot get you out of harm’s way. It’s safe, thanks to disruptive technologies in oil and gas, that they’ll be around a very long time, but OPEC? Well, that’s a possibly different story.

2 thoughts on “Disruptive Technologies, Not Electric Vehicles, Are Killing OPEC”