Vic Furman was in court Friday for another chapter of the Pigs to Rigs case, where Bill Huston was forced to admit he never saw dumping he claimed he had.

Unless the truth is revealed, the lie will live on. I saw that on Friday, March 29, as the Pigs to Rigs saga continued in the Susquehanna County Courthouse in Montrose, Pennsylvania.

After a few motions and evidentiary submissions before the Judge, a new lawyer representing Ray Kemble and Cabot’s attorney came to an agreement providing what’s needed for Ray Kemble to give an evidentiary deposition. Ray is reportedly suffering from cancer surgery and recovery. I wish him well in this fight and pray for his recovery, but he wasn’t the main event Friday. That job fell to Bill Huston. 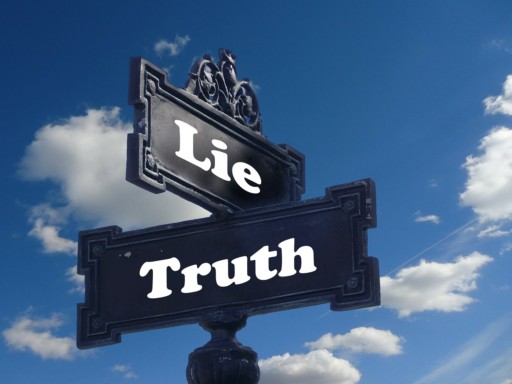 Following the legal maneuvering over Ray’s deposition, it was time for Bill Huston to face questioning. I can equate it with going to the dentist and getting a root canal without anesthesia. Getting Bill to answer any questions with a simple “yes” or “no” was nearly impossible. It also like watching a continuous re-run of “Conspiracy Theory.” Bill Huston is no Mel Gibson, but he sure sounded like him.

Bill was asked, for what seemed like an hour, to provide his address. He kept resisting, saying he was afraid if Cabot knew the address, they would send “their goons” there to stalk and harass him! He claimed he felt threatened.

Oh, did I mention Bill represented himself in court as he was unable to find an attorney? You can imagine how that played.

Anyway, after much back and forth with the judge, Bill finally agreed to write down his address on a paper so Cabot wouldn’t hear it. It was bizarre, but he gave it to the judge.

As I sat there in the court and heard Bill state over and over again that he didn’t live in Pennsylvania with Ray Kemble, I kept wondering if the testimony given in court on February 4th didn’t cause a fallout between Ray and him.  Did Ray toss Huston and his video studio out of the home they theretofore appeared to be sharing?

There seemed to me to be a lot missing, and then found, as the questioning proceeded. Documents were presented showing Bill Huston was receiving mail at Kemble’s Pennsylvania address and using it to solicit mailed donations to continue his anti fossil fuel fictions:

This led to some further discussion about an incident where Bill Huston reported illegal dumping on a drill site across the road from Ray Kemble’s house, where he seemed to be living. Cabot’s attorney brought out the truth when she asked Bill if he actually saw the so called illegal dumping. Huston said “no” but the truck that he observed going onto the drill site looked lighter coming off! This is how ridiculous it went, as he was forced to admit he didn’t see the dumping he claimed.

As I sat there in the court room listening to Huston deny he lived with Ray, I wanted to shout “liar,” not because I had the definitive proof of where he was living, but because of what he had told the town board in Fenton, New York when I was present. Not only did he making a fanciful claim to being some sort of scientific expert, but he also told them he then lived in Pennsylvania and stated how destroyed it was by drilling.

It was all incredibly revealing. I don’t care where Bill Huston lives, but I do care that he has run a campaign to separate New York landowners from their property rights. He has grossly distorted the truth. And, like other anti-drilling activists, his claims of being an expert are nonsense. Cabot is gradually forcing out the truth about all these people and setting us free. I only Bill and Ray will tell the truth when they’re finally deposed. It will set them free as well.