The saddest part of the story regarding Dimock fractivists and their funders is how everyone involved used each other and threw their friends under the bus.

You can’t read the Craig Stevens deposition and not feel a little sad for the Dimock fractivists who were but pawns in the hands of their funders. Likewise, you have to feel for the small fry true believers and opportunists who got victimized by the big money special interests during this whole sordid tale. Everyone used each other to the nth degree and the end result for these folks is a picture of friends throwing each other under the bus.

Visit Bill Huston’s blog, for example, and see where he begs for money not only to do what he does but also to cover his basic needs. Bill is so completely wrong on so much, yet who can deny he believes what he says and or is standing with his friends? Ray Kemble is, likewise, plainly someone who was sold a bill of goods that there was real money to be made for those willing to serve as Dimock fractivists to the outside world. 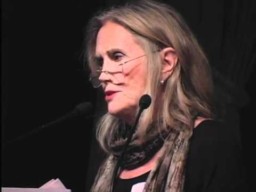 Think about the exploiters. Food & Water Watch and the folks who fund it are at the top, of course, people like Erik and Wendy Schmidt of Google fortune, not to mention Adelaide Park Gomer, whose Park Foundation has also financed the group.

Her foundation operates from a brand new natural gas served building in Ithaca. There’s also the Catskill Mountainkeeper, an arm of the Rockefeller family’s NRDC gang. Where have they been as Huston and Kemble have begged for money and lawyers? Food & Water Watch may be providing some lawyering but it appears that may be to protect their own behinds, which is hardly an altruistic motive.

Then, there are the trial lawyers who roped in Ray Kemble. Charlie Speer shifted from pigs to rigs in hopes of raining cash and used local trial lawyers and Craig Stevens as fronts. Lawyers, in fact, organized lawsuit parties to recruit Dimock plaintiffs.

And, who can forget the lawyers who originally represented some of those plaintiffs? I’m talking about Napoli Bern Ripka Associates. Readers of this blog will recall how their greed descended into wars between the partners over prostitutes. Where are these lawyers? Speer is using a few to defend himself, but there’s been no pro bono help for Bill Huston. Why aren’t they throwing Bill Huston a few bucks or donating a few hours to his cause? The answer is simple; Dimock fractivists are no longer useful to them. 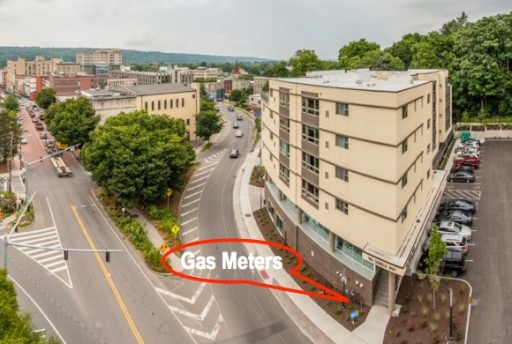 Finally, there are the Dimock fractivists themselves, at least one of who has seemingly decided to throw the others under the bus. This brings us back to the Craig Stevens deposition. Steven, as we’ve noted before, has the power of attorney for Ray Kemble, the document being witnessed by Bill Huston, who also has power of attorney for Ray. He also, according to the deposition, apparently fought it in Virginia court on December 7th. This is where we pick up the story (emphasis added):

Q. Mr. Stevens, during the December 7th hearing with Judge Azcarate, you stated that you did not — I believe your exact words were I have nothing to do with Mr. Kemble, correct?

A. That — I was cutoff there, I had 90 seconds in the four minutes, so that was not the entire sentence.

Q. Okay. Mr. Stevens, I’ve handed you what’s been marked for identification purposes as Cabot Exhibit Number 3, it’s a copy of the transcript in front of Judge Azcarate. At page 7 of the transcript, it’s a miniscript, if you look at page 7 in the lower left. You start off by discussing — you say there are 34 things including bank records for years and also e-mails for eight years, this is 34, and the judge says okay. And you say and I am not a named party and I have nothing to do with Mr. Kemble. Do you see that?

A. And then she jumps right in before I ended that sentence.

Q. So there was more you were going to say?

A. Yes, ma’am. I had four total minutes in motions court. And I read my own portion out and it’s 90 total seconds, that’s in my ample opportunity that you told judge — to respond was 90 seconds in a motions court.

Q. So the — so the truth is you do have things to do with Mr. Kemble, correct?

A. That is not what my — the rest of my — my statement was going to be in this —

Notice how many times Stevens changes positions in far less than 90 seconds. First, he essentially admits to saying he had nothing to do with Ray. Then, he implies he would have reversed that position had he been able. But, when he’s given the opportunity to do it, he quickly retreats again. Reverse-forward-reverse; all in five short answers. But, Stevens wasn’t done throwing Ray under the bus. A few pages later we find this exchange:

A. It looks like every filing that I have from your office tells what can happen if you don’t — if I do not show up for my subpoena, if I miss a court date. And by the way, I was threatened with arrest by Judge Azcarate twice in four minutes, so I was stalked, harassed, and threatened with arrest.

Q. Okay. But you’re not saying that Cabot’s agents were threatening you with financial sanctions or jail?

Bill Huston doesn’t get away either. Here’s how the questioning went with regard to that infamous press conference at the Dimock Post Office, the news release announcing it having cited Craig Stevens as a media contact:

Q. Number 5 asks you to produce all documents that refer or relate to the February 28th, 2018, press conference held at the Dimock Post Office, including but not limited to the following documents discussed at the press conference: One, the notice of claim against the Commonwealth; two, the letter to the Attorney General, Josh Shapiro, enclosing a private criminal complaint outlining a conspiracy between state and private actors to poison the air, land, water and people since the first horizontal well was drilled February 20th, 2006. Do you have any documents related to that press conference?

A. I do not have any documents related to that press conference.

Q. Who arranged that press conference?

Q. You weren’t there for that?

Q. Did you ever — did you ever read the notice of claim against the Commonwealth that’s mentioned there?

A. I did not create and have not seen these — what you’re asking. I have — don’t recall or found any documents or communication related to that.

Q. So you’re familiar with the February 28th, 2018 press conference though, correct?

A. After the fact it was in the paper, but I was not present so…

Q. And you never discussed that with Mr. Huston?

A. I would — I was unaware it was happening and I was no — was in Northern Virginia at the time.

Q. Did Mr. Huston ever discuss this notice of claim against the Commonwealth document?

A. I have no discussion that — with anybody about those documents, I wasn’t there, I didn’t know it was being done.

Q. Prior to the press conference did you know that Mr. Huston was drafting out this notice of claim against the Commonwealth?

A. The same, I don’t recall finding — or having any communication with him about that document.

A. You should ask Mr. Huston, I have no communication about that.

Q. So your answer is you’ve never discussed that with Mr. Huston?

A. Never discussed, I have no communication, but — discussion possibly but not — not before it, after. When it was in the paper I called and asked about what was happening.

Q. And what did he tell you?

A. He didn’t — he didn’t let me know anything, I guess it was a private document that was produced by him. So I have no — no idea what it said.

Q. And he didn’t tell you what it said?

A. No, he didn’t share it. It’s a private criminal complaint it says.

Q. I see that’s what it says, but I’m asking you did Mr. Huston share with you what he wrote in that criminal complaint?

Q. Number 6, Produce all documents and/or ESI that — before we get — back this up. Are you saying that you had — I just want to make sure I’m clear. You had nothing to do with the notice of claim against the Commonwealth?

Q. Okay. And with respect to number 2, the letter to the Attorney General, Josh Shapiro, are you saying that you had no involvement in drafting or creating that document?

Hmm…are we supposed to believe Bill Huston cited Craig Stevens as a media contact for the that stupid frack trick event, without ever telling him? I’ve had many arguments with Bill Huston and he trashes me with regularity on his sites, but I informed him on one occasion that he had something wrong and was able to prove it to his satisfaction. He corrected it, which was the honorable thing to do, so I have a very hard time imagining him not telling Stevens he was listing him as a media contact. I believe he’ll tell the truth about it when he’s finally deposed. It should be quite interesting.

I could go on with other examples from the deposition but there’s no need. Craig Stevens threw his friends under the bus as I see it, just as the trial attorneys have done with him. And, where was Wes Gillingham on Monday? He does all the work at the Catskill Mountainkeeper for Ramsay Adams, the Rockefeller bat boy. Why wasn’t he there to support Ray and the gang? What about Tony Ingraffea, Walter Hang and Bob Howarth? Where did they all go? As they say, we hardly knew ye. Dimock fractivists are fair-weather friends it seems.