Patrick McDonnell isn’t my favorite DEP Secretary, due to his boss, but he’s courteous, professional and personally unbiased. And, Andy Dinimman opposes him. What’s not to like?

The Senate Environmental Resources and Energy Committee today voted overwhelmingly in bipartisan fashion to advance the nomination to re-confirm Patrick McDonnell as secretary of the Department of Environmental Protection. His nomination still requires a full vote by the Senate, which reconvenes in June. 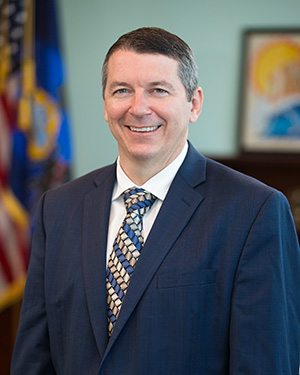 McDonnell has been heading the department since he was nominated in May 2016. All cabinet secretaries must be confirmed again at the start of a governor’s second term. McDonnell’s re-confirmation hearing was briefly held up by a few senators who oppose the Mariner East pipeline projects, including Sens. Andy Dinniman and Daylin Leach, both of whom serve on the committee.

The nomination hearing covers several topics, and Mariner East was among them. However, after back-and-forth about the project, the committee voted overwhelming to end the delays and advance McDonnell’s nomination, with Dinniman and Leach the lone dissenting votes.

If Mariner East is an issue, it shouldn’t be surprising that the committee voted favorably.

It is hard to deny the immense regulatory and public scrutiny this project has undergone by regulators, especially the Department of Environmental Protection. DEP spent more than 20,000 hours on project permits and responded to 29,000 comments after a series of statewide public hearings as part of a review process that stretched more than three years. That’s why, according to the department, the “permits are among the most stringent DEP has ever issued for this type of construction activity.”

At the same time, DEP has been anything but a cheerleader for this project, having halted permits and even fining the company to ensure only the most stringent standards are followed. That’s what makes this one of the most heavily scrutinized and highly regulated infrastructure projects in Pennsylvania history.

Those who oppose Mariner East will always oppose Mariner East. But the committee discussion today and the broad bipartisan support for the acting secretary with this issue front and center is further evidence of the incredible level of regulatory scrutiny this project has undergone and will continue to undergo to ensure it is built responsibly and operated safely.

Editor’s Note: If Absent Andy Dinniman and Daylin Leach are your enemies, Secretary McDonnell, count us your friends,