Shale gas air impacts are limited, according to a recent study by Pennsylvania DEP, but Clean Air Council fractivists simply deny the reality, of course.

You really don’t need to know a lot more about the Clean Air Council’s lack of intellectual honesty than to read trust-funder Joseph Otis Minott’s statement regarding a recent Pennsylvania DEP air quality study finding shale gas air impacts to be limited. Here’s what Minott had to say:

Joseph Otis Minott, executive director of the Clean Air Council, said the report’s findings “are consistent with other recent public health studies, which demonstrate that unconventional natural gas operations can pose serious risks of harmful health impacts to sensitive and vulnerable populations in the Commonwealth, which includes children.”

No one who bothers to read the report could possibly fail to see how deceptive this comment really is. It speaks volumes about the lack of intellectual honesty among hired-gun fractivists who purposely deny reality. Even the Pittsburgh Post-Gazette, where Minott’s quote appeared, saw the truth, titling its piece “DEP’s overdue Marcellus Shale air study finds few health risks.”

The easiest way to point out Minott’s lack off honesty is to direct your attention to the full study here and summarize the relevant points from the Executive Summary (emphasis added):

Washington County was specifically chosen because it was the first county to commence extraction from Marcellus Shale in Pennsylvania. Also, with the county’s continued natural gas field development, it has significant permanent gathering and treatment infrastructure either in place or in late-term development.

Finally, Washington County has more historic ambient air monitoring stations than most other counties in this region. These stations can provide infrastructure for new air quality monitors as well as historic ambient concentration data for target criteria pollutants… 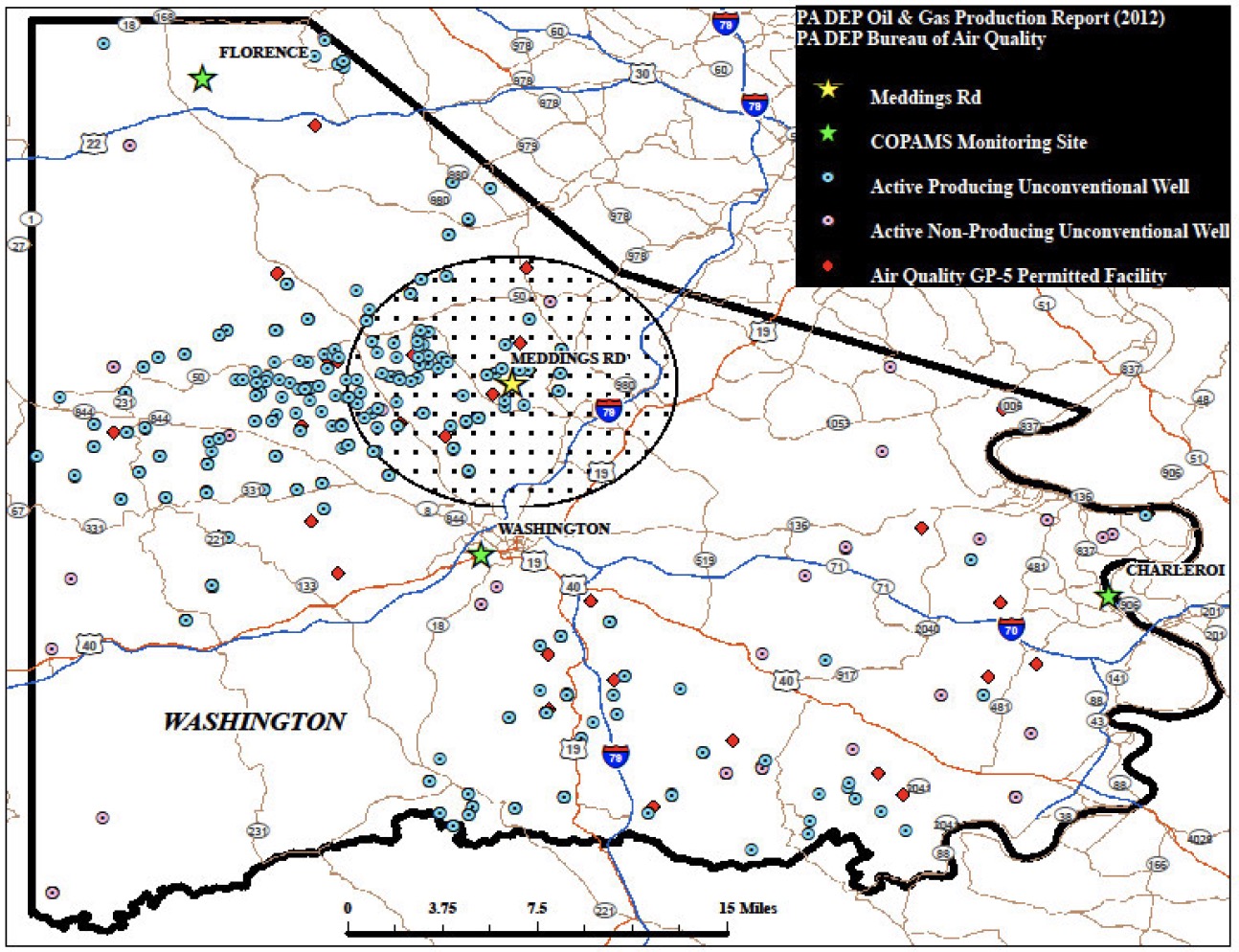 While the primary goal of the long-term project was to “determine any chronic or long-term risks to the public from individual or multiple shale gas sources,” there were three basic goals associated with this project.

The long-term study included four specific air quality monitoring sites in Washington County. The sites included Meddings Road, Welsh Road, Jaspen Way, and Henderson Road. Each site was determined to be sufficient to characterize ambient air concentrations of criteria and/or toxic pollutants and meteorology in the study area potentially affected by emissions from the oil and gas operations.

An additional fifth site located in Arendtsville, Adams County, was established outside of the natural gas development areas of Washington County. This site was to serve as a local background concentration study site. Meteorological measurements were collected from each of the monitoring sites…

Data for target pollutant concentrations was collected at the project sites over a one-year period. The data was analyzed and compared to other sites in the project area and to a historical ambient air monitoring site in the rural setting of Arendtsville, Adams County, where no oil or natural gas production occurs.

Key findings of the long-term ambient air monitoring project include:

But, Joe Minott says the study demonstrates “unconventional natural gas operations can pose serious risks of harmful health impacts to sensitive and vulnerable populations.” Sure, Joe, sure. Keep spinning. Keep crying wolf. That’s what they pay you do I guess.