Here’s some of that over-the-top screaming hype from the folks who’ve been crying wolf for almost a decade now:

The Recent Election Brings Big Threats to Our River and Region!

Delaware River at Trenton/Morrisville – In response to the federal elections and announcements by the new Presidential Administration as well as the leadership from the Republican Senate and House that they intend to make rollbacks of environmental protections a top priority, people from across the region are coming together at the Calhoun Street Bridge between Trenton, NJ and Morrisville, PA on Saturday, November 19 to show solidarity in protecting the Delaware River, including turning the current moratorium on fracking into a permanent ban.

“We are coming together to defend our Delaware River from rollbacks that jeopardize its beauty and health, including ensuring the moratorium against fracking is forever protected by demanding that the DRBC Commissioners take immediate action to transform it into a permanent ban,” said Maya van Rossum, the Delaware Riverkeeper and leader of the Delaware Riverkeeper Network.  “The Delaware River is the drinking water supply of 17 million, when it is clean and healthy it provides over 20 billion dollars of annual benefit to our region, it is the place people and families come to relax, swim, boat, fish and enjoy their lives, it is a river revered for its historic significance and its incredible ecological beauty and we are here today to make clear that we will not tolerate reduced environmental protections and will do what we have to Defend Our Delaware River.”

“The Delaware River and Watershed are, like all communities across the country, under a threat the likes of which we have not seen since the adoption of our essential federal environmental laws more than 40 years ago. We are gathering on the river Saturday to say that we will fight together against any and all attempts to weaken the protections we need for a healthy environment because our very lives and the our right to clean water and air are at stake,” said Tracy Carluccio, Deputy Director, Delaware Riverkeeper Network.

“We are united in our efforts to defend the Delaware River from President-elect Trump’s plan to weaken and roll back important environment protections. For decades, we have fought to protect the Delaware River from inappropriate development, dirty energy, pollution, and degradation. With Trump’s proposals, over 40 years of environmental progress is at risk, threatening the health of all people and even our entire planet. We are coming together to say clean water trumps fracking and pipelines,” said Jeff Tittel, Director of the New Jersey Sierra Club. “This election threatens the drinking water for more than 15 million people and our environment. Not only will Trump promote dirty fuels, but he denies climate change and wants to block clean renewable energy and green jobs. This is the biggest threat to the environment since before first Earth Day. Now more than ever we must demand a permanent ban on fracking in the Basin and end of destructive and dangerous pipelines. When they say rollback, we say fight back to protect our water!”

The March to Defend the Delaware River is the first action in a new campaign to Defend the Delaware from the threatened rollbacks of environmental protection laws promised by a Trump Administration and the newly elected house and senate leadership and to urge the moratorium on fracking be transformed into a permanent ban in order to prevent its removal. The March to Defend the Delaware will take place at noon on Saturday with people from around the region marching in an infinity loop of protection, singing, chanting and carrying signs. Marchers who are moved to speak to the crowd will step out and speak about their commitment to protect the River and the special role it has played in their lives. 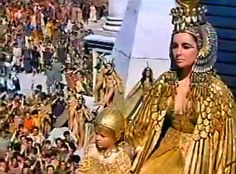 Thats where the “March to Defend the Delaware River” comes into play. The event, which, if one read the news release, sounded like Cleopatra’s entrance into Rome, was a dud. Here’s the television coverage, which couldn’t have been briefer:

Does that look like “hundreds” to you? No, this is the typical generous accounting accorded by reporters to events with which they empathize. There were probably 50-100, if experience is any guide. It was a measly march, in other words, and it appears to have been thrown together for the sole purpose of suggesting the Delaware Riverkeeper is really about the Delaware River, but we know better, don’t we?

3 thoughts on “The Delaware Riverkeeper Throws A Fake Parade”