The Delaware Riverkeeper a/k/a Povertykeeper loses another case, but what makes it interesting is the stance taken by this William Penn Foundation shill.

The Big Green group otherwise known as THE Delaware Riverkeeper (leftist political lobbying arm for the William Penn Foundation that funds it) filed a lawsuit in March in the U.S. Court of Appeals for the Third District. It requested the court overturn a Clean Water Act permit granted by the U.S. Army Corps of Engineers for Kinder Morgan’s Orion Project in northeast Pennsylvania. Earlier this week, in a humiliating defeat, the Third Circuit rejected Riverkeeper’s request and ruled the Army Corps was well within its right to grant the permit (full copy of the ruling below). 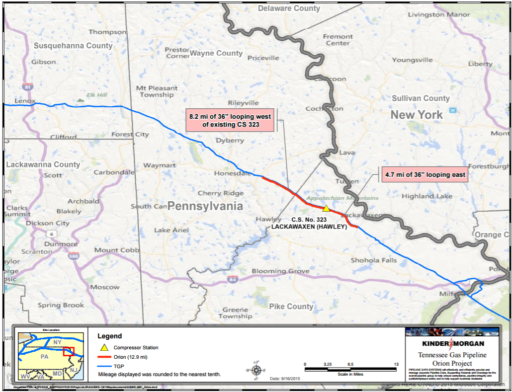 Kinder Morgan’s Tennessee Gas Pipeline (TGP) filed their official, full application with the Federal Energy Regulatory Commission (FERC) in October, 2015, seeking approval for the Orion Project. The project will cost $143 million and construct 13 miles of “looping” pipeline in Pike and Wayne counties, Pennsylvania. The project will boost capacity on the TGP by another 135 million cubic feet per day (MMcf/d), allowing TGP to pump more Marcellus Shale gas to Mid-Atlantic and New England states. The project received full FERC approval in February of this year. The project remains on track to be built/online in June 2018.

Here’s an excellent, brief summary of the case from Justia (emphasis added):

About 99.5% of the Orion Project, 12.9 miles of pipeline looping that would transport an additional 135,000 dekatherms per day of natural gas through Pennsylvania, would run alongside existing pipelines. According to Riverkeeper, construction will lead to deforestation, destruction of wetland habitats, and other forms of environmental damage. Riverkeeper asserts that such damage can be avoided by building or upgrading a compressor station. The Army Corps of Engineers, which administers certain provisions of the Clean Water Act, 33 U.S.C. 1344(a), 1362(7) issued a Section 404 permit approving the project. The Third Circuit rejected Riverkeeper’s challenge. The Corps considered the compression alternative but rejected it for reasons supported by the record. While the compression alternative would disturb less land, its impact would be mostly permanent. The pipeline project would disturb more land, but its impact would be mostly temporary. In making a policy choice between those environmental tradeoffs, the agency’s discretion “was at its apex.”

The Third Circuit decision can be found here or by clicking image below: 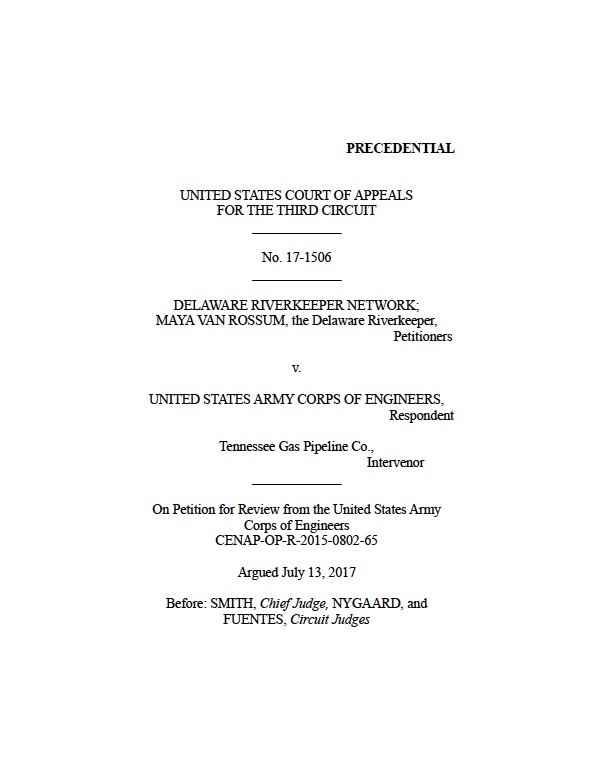 Editor’s Note: What’s especially interesting here is not the Povertykeeper’s loss, however heartwarming that may be, but rather the hugely hypocritical stance it took. This was pure gimmickry on the Povertykeeper’s part and it failed, exposing exactly what it’s all about and what the William Penn Foundation is doing funding it and sister entities such as the Clean Air Council, PennFuture and StateImpactPA. They’re all part of a loosely coordinated campaign to halt or slow natural gas development – period. This case had zero to do with the environmental concerns raised; rather, it was about preventing Marcellus Shale development.

The Clean Air Council, readers will recall, is frequently a partner in lawsuits brought by the Delaware Riverkeeper. They work hand in hand in implementing the William Penn Foundation agenda of frustrating Marcellus Shale development. Typically, the Council attacks from the air quality side and the Riverkeeper from the water quality side. The Clean Air Council has, in fact, is unalterably opposed to all compressor stations. 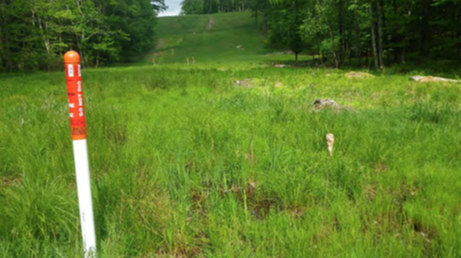 That’s why it couldn’t join this case; because the Riverkeeper decided to employ a gimmick maneuver of suggesting a compressor station was a suitable alternative to the Orion project in my backyard. The Riverkeeper adopted this argument not because it believed it (their sister Clean Air Council would have come in to challenge that result) but because they imagined it was a clever way of exporting previous FERC rulings that a compressor station didn’t have a significant environmental impact. They thought this was a cute way to challenge a pipeline upgrade.

The court didn’t buy it, of course:

The Corps concedes that the Orion Project will disturb more land. But it is well supported in the record, and Riverkeeper does not dispute, that the land will be restored and allowed to revegetate. See JA 664 (“[I]f Tennessee [Gas] complies with the construction and restoration methods described . . . the impacts on waterbodies and wetlands would be minor and temporary.”); JA 665 (“The required mitigation measures are adequately protective and will be enforced.”). That regrowth may occur over a long period of time, but the compression alternative’s impacts would continue indefinitely. And as for the Orion Project’s permanent effects on wetlands, those were not concerning to the Corps based on its expert judgment. See JA 438 (“Permanent conversion in impacts are from one wetland type (PFO or PSS) to another wetland type (PEM), and do not result in wetlands being converted to uplands.”).

When evaluating the significance of certain aquatic impacts, the Corps is instructed to put “special emphasis on the persistence and permanence of the effects.” 40 C.F.R. § 230.10(c); see also id. § 230.1 (“The guiding principle should be that degradation or destruction of special sites may represent an irreversible loss of valuable aquatic resources.”). We conclude that it was not a clear error of judgment for the Corps to apply similar reasoning to other kinds of environmental considerations, particularly when the Orion Project would not result in any net loss of wetlands or other aquatic resources.

The gimmick didn’t work but the what this case does accomplish is this; it exposes for all the world to see that the neither the William Penn Foundation nor any of its shills are motivated by anything other than opposition to Marcellus Shale development. They shift arguments and tactics depending on what they think will help achieve that objective. If phony assertions about water quality impact represent the best shot to get that done, they’ll sacrifice air quality and vice-versa. It’s all a smokescreen for fighting gas, which is why the Foundation has also funded the DRBC, the Sierra Club and any number of other entities engaged in the war over the shale revolution. The courts are nothing more than battlegrounds to raise frivolous issues that serve their goal.

Curiously, StateImpactPA, both mouthpiece and echo chamber for the Povertykeeper, had nothing to report on this case, which also speaks volumes.

2 thoughts on “Delaware Riverkeeper Upended by Court in Hypocritical Case”