Delaware PovertyKeeper attempts to tie up the shale gas industry in litigation continue apace, but also continuing are losses in Commonwealth Court.

Remember Middlesex Township, Butler County, where the Delaware PovertyKeeper, ignoring its charter, hopped 200+ miles beyond the Delaware to fight natural gas development in Western Pennsylvania? Some two years ago Pennsylvania’s Commonwealth Court shut down the Delaware PovertyKeeper which was challenging local zoning allowing natural gas development in an R-AG Residential Agriculture Zoning District encompassing most of Middlesex Township. The PovertyKeeper had focused on trying to expand the meaning of the Commonwealth’s vague Environmental Rights Amendment.

The case then went to the unpredictable Pennsylvania Supreme Court. The Supremes had recently decided another case (Gorsline) with reference to the Environmental Rights Amendment and so remanded the Middlesex case back to the Commonwealth Court to reconsider in light of the Gorsline decision. The Commonwealth Court just did so and handed the Delaware PovertyKeeper its head a second time.

The decision is hardly surprising. The Supreme Court, in its remand, offered the following (emphasis added):

AND NOW, this 3rd day of August, 2018, the Petition for Allowance of Appeal is GRANTED. The Order of the Commonwealth Court is VACATED and this matter is REMANDED to Commonwealth Court for reconsideration of its decision in light of Pa. Envtl. Def. Found. v. Commonwealth, 161 A.3d 911 (Pa. 2017) [(PEDF II)]. In addition, in light of the amendments contained in Middlesex Township Ordinance 127, which expressly include gas well development as a permitted use in the subject R-AG zone, and our decision in Gorsline v. Bd. of Sup. of Fairfield Twp., [186 A.3d 375 (Pa. 2018) (Gorsline II)] wherein we noted “this decision should not be misconstrued as an indication that oil and gas development is never permitted in residential/agricultural districts, or that it is fundamentally incompatible with residential or agricultural uses,” we direct Commonwealth Court to reconsider the relevance of Gorsline to its analysis of the issues on appeal in this case.

The Supreme Court, in other words, appears to want to foster consistent interpretation of the the Environmental Rights Amendment, which, if true, is a very good thing. It also appears the Commonwealth Court took the cue. 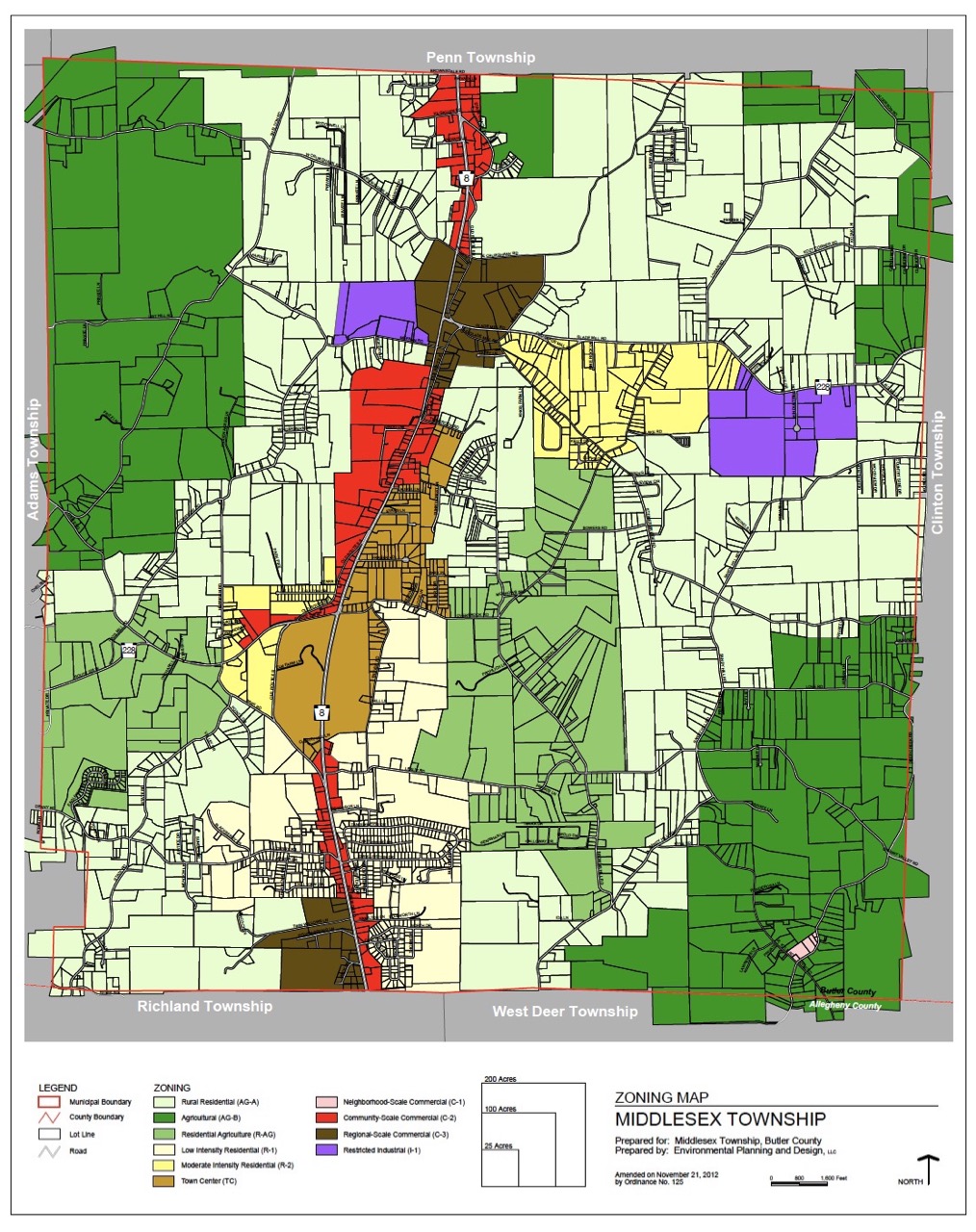 Here are the key excerpts from the latest putdown of the Delaware PovertyKeeper by the Commonwealth Court (“Board” refers to the Middlesex Township Zoning Hearing Board, which initially heard the challenge):

In October 2014, Objectors filed a substantive validity challenge to Ordinance 127 and an appeal of the zoning permit, which the Board consolidated for disposition. In the substantive validity challenge, Objectors claimed that Ordinance 127: (1) violates Article 1, Section 1 of the Pennsylvania Constitution because it was not designed to protect the health, safety, morals, and public welfare of its citizens and, therefore, is not a valid exercise of the Township’s police power; (2) violates Article 1, Section 1 by injecting incompatible industrial uses into a non-industrial zoning district in violation of the Township’s Comprehensive Plan thereby making the ordinance irrational; and (3) unreasonably infringes on their rights under Article 1, Section 27 of the Pennsylvania Constitution (Environmental Rights Amendment) to clean air, pure water, and a healthy local environment in which to live, work, recreate, and raise their children…

Based upon their findings of fact, the Board properly concluded:

[] The Township Supervisors’ view that the totality of oil and gas production, both during drilling and after reclamation, is compatible with an agricultural district is rational. First, that has been the history of Middlesex Township, both in the very long term and in its more recent experience with the three prior unchallenged oil and gas well pads. Second, competent testimony was provided that oil and gas production helps support agricultural activity and preservation, which in turn helps keep suburban growth in check. Third, to limit oil and gas drilling to a traditional industrial zone, or to subject a well pad to a two-mile exclusion zone, as advocated by the experts for the [Objectors] would constitute exclusionary zoning.

[] Oil and gas activities are specifically excluded by Ordinance 127 from exclusively zoned residential districts, be it R-1, R-2 or within any PRD overlay district. This exclusion encompasses the three components of oil and gas drilling – well pads, processing plants and compressor stations. In addition, compressor stations and processing plants are not permitted in the R-AG district. The only oil and gas activity permitted in the R-AG mixed use district is an oil and gas well pad and its temporary industrial components. All of these limitations on oil and gas use evidence rational planning and a balancing of interests.

[] As previously stated, [Objectors] have failed to meet their burden that oil and gas drilling pads will injure their neighbors. Admittedly, the oil company has not established that no harm will occur. The concerns of the credible witnesses are reasonable. But, the burden of proof lies upon [Objectors] and the evidence they presented was woefully inadequate and did no justice to their local constituents.

[] The Township Supervisors, as set forth above, have acted in their role as trustee for future generations, as required by Article I, §27 of the Pennsylvania Constitution, by helping to preserve agricultural resources for future generations. They did not act in a vacuum, they did not act with due disregard for the residents of [the] Township. Instead the effect of Ordinance 127 constitutes a balancing of the benefits of preserving agriculture including utilizing oil and gas use upon agricultural areas encompassing no more than 30% of the Township, and by limiting suburban growth.

Based on the foregoing and based on our analysis in Frederick applying the Supreme Court’s opinion in PEDF II, we hold that Ordinance 127 does not violate the Environmental Rights Amendment to the Pennsylvania Constitution.

There’s much more, but you get the idea. The Delaware PovertyKeeper’s efforts to use the Environmental Rights Amendment as a club to beat communities into submission to gentry class no-growth special interests aren’t taking off.

One thought on “Delaware PovertyKeeper Loses in Commonwealth Court Yet Again”