New Yorkers complaining about new natural gas connection moratoriums still don’t seem to have a clue it’s their governor who’s brought this down on them.

It’s nothing less than maddening watching New Yorkers debate how to solve their natural gas problem or, more precisely, their lack of natural gas capacity. Used to playing the victim and demagoguing issues to proclaim their green virtues, they are writhing in anger over the lack of natural gas availability and blaming everyone but themselves and the governor they elected knowing his policies. Those of us watching from the other side of the Hudson can only throw up our hands and scream “It’s your governor, stupid.”

A recent article on the Long Island Herald website (LIHerald.com) uncovered by Jim Willis, who somehow manages to uncover every worthwhile story at Marcellus Drilling News, is absolutely exasperating. It is published from Garden City, New York, in Nassau County, which is less than 20 miles from mid-town Manhattan. 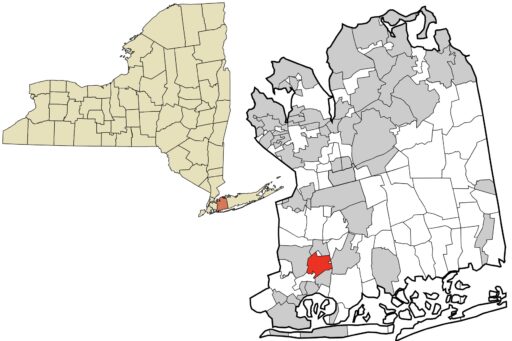 The story is about the nearby Village of Lynbrook, a few miles to the east of the JFK airport. It tells the frustrations of the Mayor, Village Board and local New Yorkers with the National Grid moratorium on new natural gas connections. Here are some key excerpts (emphasis added):

A National Grid moratorium on new applications for natural-gas service is hindering several new businesses from opening in Lynbrook, according to officials.

“We have new businesses ready to go, and they called for gas service, but National Grid won’t give them gas service,” Mayor Alan Beach told the Herald after the June 17 village board meeting. “We’re at a standstill.”

In May, National Grid stopped processing new applications for service, including for homes, large and small businesses and development projects, after the state Department of Environmental Conservation rejected a water-quality permit application for the Northeast Supply Enhancement Project, which, as of now, cannot move forward…

In a statement, Wendy Ladd, National Grid’s strategic coordinator, said that the DEC has extended the review of the NESE application through July 13. Until the extension is over, the moratorium will remain in place…

She noted that without NESE, National Grid will not be able to supply natural gas to new commercial, industrial and residential customers to heat homes or help run businesses, “putting the region’s economic growth at risk, as well as impeding state and city carbon emission goals.”

…Beach said he … wrote a letter to Gov. Andrew Cuomo, and planned to ask State Sen. Todd Kaminsky for help as well.

At the June 17 meeting, Beach asked residents to sign a petition urging National Grid to reconsider the moratorium. “We need the people to complain on Long Island that we need gas service,” he said. “They wanted us not to use oil, so we went from oil to gas, and now they’re refusing gas to us. This is going to kill us if we can’t move forward in this village.”

The DEC rejected National Grid’s water-quality permit application for the pipeline project in May, saying that the plan, as conceived, would “result in water-quality violations,” and thus would fail to meet New York’s water-quality standards.

In the meantime, National Grid continues to receive requests for service, but is not processing applications for new customers until the project is approved. Projects such as the Belmont Park redevelopment have been told that National Grid cannot provide firm gas service without the new pipeline.

Beach said that developers would struggle with any new projects until the moratorium is lifted, noting that there are several short- and long-term plans in the works for the village.

“This is an ongoing battle for us,” he said. “We have multiple businesses in our village right now that could possibly open, but they can’t open without gas service. This is a tremendous hurt to the village.”

As they say, good luck with that. Senator Kaminsky has been more interested in stupid plastic bag bans to “change the culture” and cowering on the sidelines in the fight for Amazon to come to New York, which even angered Governor Cuomo. He is chair of the Senate Environmental Conservation Committee in the New York State Senate, so he has power but he’s only interested in using it to play Grand Poobah of Extremist Enviros and enact a climate bill that would eliminate natural gas. Come on…he’s not going to help.

And, writing a letter to Governor Cuomo? You might as well as write to Vladimir Putin and asking him to deliver more LNG. Cuomo has already factored in the fact you’re going to vote for him anyway and that he has nothing to lose and everything to gain by appealing to the interests of gentry class special interests who will write him much more important checks in their pursuit of more Green Eggs and Scam.

As for your petition to National Grid, Mayor Beach, what exactly do you expect that to accomplish? National Grid can’t promise gas it is likely not to have if Cuomo keeps playing annihilator on pipeline projects. Only your governor can change things. He’s responsible for the moratoriums facing New Yorkers. Why aren’t you petitioning him? That might be useful.

Cuomo isn’t as stupid as his pipeline opposition. He’s only playing a head fake game, hoping and praying FERC and/or the courts will give him the gas and the street cred for fighting it. You, in other words are the real problem, because he supposes you put climate change virtue signaling ahead of economic development and won’t care that he fights pipelines and looks to FERC and the courts to clean up the mess. It’s Long Islanders who need to tell him otherwise; that you don’t appreciate being pawns in his Machiavellian chess game and you want natural gas now.

8 thoughts on “Dear New Yorkers Complaining About No Gas; It’s Your Governor, Stupid!!”