Inge Grafe-Kieklak, a natural gas supporter from New York, says she was leafing through some newspapers the other day and found this letter to Dear Abby from “Clueless in Albany,” also known as Gov. Andrew Cuomo.

Just look what I found leafing through the news paper the other day–a letter that appears to be from our Governor, Andrew Cuomo, to Dear Abby.

I think you all should know what was said as this parody reveals a great deal about the true nature of our Dear Leader in New York:

I read your advice daily and I am a huge fan of yours. I am in a big conflict and do not know where to turn. This is why I chose this avenue.

I theoretically run this state (at least that’s what I tell myself when I look in the mirror every morning) but I seem to have one mega-problem after another. I know this is pretty normal in this job, but I do best at being a benevolent dictator who knows what is best for everyone. Yet, I cannot get through to all the people. Some just won’t listen and do what I say.

Naturally, those individuals to whom I give a great deal seem to like me a lot, but the rest are so critical of me. This makes me very insecure. I also get very angry when they criticize me. Don’t they realize who I am and the apple didn’t fall far from the tree?

I know I have not worked much outside of government; do you think this was not good training to be governor of this state?  I try to do everything in my life with things firmly under my control and that’s always worked for me before, but not now. Why?

I was born into a privileged family, of course, but this I could not control. I studied and married into an even more powerful family with major connections. There were a few problems, but let’s not go there. I served as HUD Secretary and helped deliver millions of homes to people who couldn’t afford them. There were a few problems with that, too, but let’s not go there, either.

Then, I ran successfully for Attorney General of New York because that’s always been a great stepping stone into the Governor’s office. It worked for Elliot Spitzer and it worked for me. Now, I’m Governor of this great state. Yet, no one seems to appreciate me upstate. Frankly, things aren’t going all that well anywhere, even though I’ve followed every bit of advice I’ve gotten from my friends in Hollywood, Manhattan and Westchester. Is there something wrong?

I even placed an advertisement in all the papers and on television telling the whole world “New York Is Open for Business” and, still, not much is happening. People are still leaving for reasons I don’t understand. We are still in 50th place when it comes to business friendliness. We lost 2 Congressional seats. What did I do wrong? just last Thursday, January 30th, I read the Hudson Valley lost 5,200 jobs. We’ve been losing jobs in the Southern Tier and Western New York for years, of course, but the Hudson Valley? Those are the folks who think like me, for God’s sake. I live in Westchester and they’re my neighbors!

What can I do? I thought about putting a wall around my state to keep people in, but those damned upstaters will say they’re being treated like East Germany or something outrageous like that. They’re never happy. Don’t they realize there isn’t much I can’t do for them if my friends in Manhattan don’t approve?

Not that I haven’t been trying. This year is on election year and my dad says I should go on to the presidency if I dare (he didn’t), so I been trying some gimmicks to appease at least those folks in my corner. The rest, as I said the other day, are not welcome in my state anyway. They can go pound salt.

Sorry, I got off track there. Anyway, I created some tax free zones, helped build some yogurt factories and things like that, but I do not see much success.

Then there are the landowners in the Southern Tier; that want gas drilling. I was able to string them along with my carrot approach for more than three years and they were stupid enough to believe me, but that is over now. They want to sue me! Who do these hicks think they are? There is also a movement called Unshackle Upstate that seems to be aimed at undoing everything I believe in. If that somehow succeeded, I wouldn’t have any place in New York. Think what a tragedy that would be!

It’s all so depressing, but I was just out to Hollywood for a fundraiser and the people out there simply adore me. They gave me enough money to bury the opposition at election time if anyone is stupid enough to run against me. I just can’t let them and my other friends in Manhattan and Westchester down. I have to stay the course–for them. I must. But’s it’s killing me. What do I do? 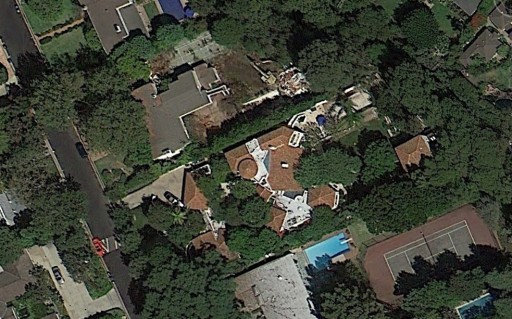 You have many problems and must use a multi-prong approach to address them.

First, try not to be so controlling. It shows your insecurity. You need to be a leader, so stop following and start leading. Do not follow even your high paying sponsors. You needn’t worry because they have no place else to go. Do you think they’re going to support the Donald, for crying out loud? That guy tries too hard to act like them. They hate him for it, so “fuggedabouti,” as they say in your state.

Secondly, I recommend a little therapy, because the stress is obviously getting to you. Then try, once in a great while, to mingle with regular folks, they do exist and have a lot to give and knowledge. Besides, they are very sensitive, when someone like you, acts like a little dictator and they’ll straighten you out in short order. This living in the bubble (back and forth from Albany to Westchester with only side trips to Hollywood and Manhattan), is not good for your mental health.

About the ads; you need to stop them immediately. No serious business will make a location decision based on a TV ad. Real people see it for what it is, another reelection campaign gimmick. You’re only fooling yourself and what you need at this point in your life, before anything else, is to be honest with yourself. Admitting your failures is the first step to recovery and you’ll be surprised how far you can go when you admit your strategy for revitalizing New York is just more of what got it into trouble in the first place.

Then, there is that wall idea. I know you said you dismissed it, but the mere fact you uttered it tells me it’s still there in the back of your mind and reflects your true feelings. Trust me on this one, Clueless in Albany, it has been tried before and always ends badly. People yearn to be free and then some other daring politician comes along and says “Tear down this wall” and, your career is over, just like that. No re-election, no Presidency, no legacy for the old man–all gone in a heartbeat.

I’d also be careful about continually sticking it to those upstate landowners. What do you think they are–potted plants? You can probably get by them this year but they have friends all across the flyover country, and even in other Blue States, so you can kiss the Presidency goodbye with that approach. Even Governor Moonbeam out in California has approved fracking. That puts you somewhere to left of Howard Dean. Remember him? No, nobody that matters does. Get it?

Telling people who don’t agree with you they’re not welcome in your state isn’t smart politics either. You can’t run a state from the script of Mean Girls, after all. 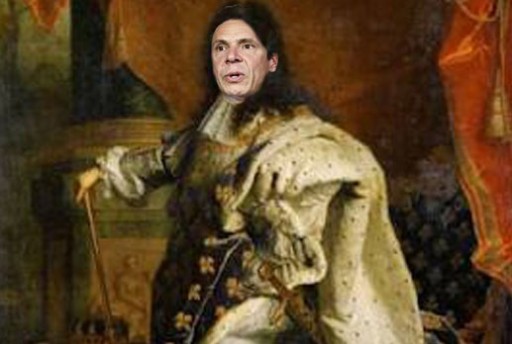 Let me summarize this way; you’re still a greenhorn when it comes to political sophistication. You’ve got a long way to go, baby. But, do not despair. Some people have it and others don’t. Not everyone is born to be a leader and if you haven’t been, which is obviously the case here, then you shouldn’t try leading from behind either. I suggest you try another career where being able to follow and echo others is what makes you successful. Maybe you should try being an actor and play a king or something. Your Hollywood friends can probably line up some auditions. We all know you do a great Hamlet and even better Lady MacBeth. Good luck to you.