Earthworks, a fractivist group that has focused a lot on Texas, is being funded by a foundation created to help an eccentric billionaire avoid paying taxes.

Earthworks is one of several fractivist groups that are part Jay Halfon’s network. Halfon is the Fractivist Rasputin, intimately connected with the trial lawyer community, the PIRG scam and the Park and Rockefeller families. These are the movers and shakers behind fractivism and, especially, Texas fractivism. Halfon, who lives in a very expensive apartment in a trendy part of Manhattan, serves on the board of Earthworks as well several other fractivist enterprises.

Earthworks is fractivist to the core, having created the Oil and Gas Accountability Project that spawned Deborah Rogers, the goat farmer, cheesemaker and model who fancied herself an economist and repeatedly predicted the implosion of the shale revolution until no one was listening anymore. It also supported Calvin Tillman the erstwhile Mayor of Dish, Texas, his sidekick and their “ShaleTest” farce, as well as the infamous Texas Sharon, who Tillman bragged about meeting weekly and still serves on the Earthworks staff. These are names from the past, for the most part, but now Texas and five other states are targeted by Earthworks in a new fractivist campaign financed by a dead billionaire who was only trying to avoid paying taxes.

A visit to Earthworks web page reveals the following:

Earthworks is expanding its Community Empowerment Project (CEP) to push state governments to cut the oil and gas industry’s climate and health damaging air pollution. The expansion is made possible by a 3-year, $3 million grant by the John D. and Catherine T. MacArthur Foundation.

Yes, Earthworks, an organization with an annual budget of a little less than $2.4 million, according to its latest 990 return, is going to get another cool million per year for three years to pursue something called the Community Empowerment Project. Here’s how they describe it:

“With certified thermographers using the industry-standard FLIR GasFinder 320 infrared camera, Earthworks will step in to do some of the environmental monitoring that industry has promised it would do on its own, but hasn’t,” said Earthworks’ Energy Program Director Bruce Baizel. He continued, “As the renewable energy economy grows, our Community Empowerment Project will help to manage the decline of fossil fuels by identifying immediate actions that also protect the climate and communities in harm’s way.”

Putting aside the self-serving blather about the decline of fossil fuels (Earthworks is adamantly opposed to al fracking) and the fact the industry has already produced tremendous declines in methane emissions all by itself with no help from Earthworks, The FLIR camera is a fractivist tool in the hands of junks scientists and amateurs, which is, of course, why Earthworks loves it. EID put together a nice video exposing all this a few years back and wrote about it here:

Now, Earthworks is proposing to target six unspecified states with a FLIR camera project using the $3 million from the John D. and Catherine T. MacArthur Foundation. Given the following map found on their project page, though, it’s not too hard to see they’re aiming at the heart of Texas and will probably be harassing every independent oil and gas producer they can find. 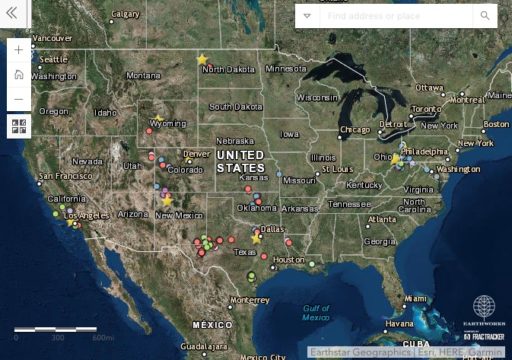 What makes this $3 million junk science initiative especially obnoxious is how it’s being funded. The John D. and Catherine T. MacArthur Foundation has been involved in numerous fractivist financing ventures. Like most wealthy foundations, these enterprises take on a life of their own and are frequently taken over those with more political and less charitable intentions. John D. MacArthur, though, apparently didn’t give a damn where his money went; he was only interested in protecting his estate from the reach of the IRS. So, with the advice of trusted financial counselors, he created a charitable foundation in his own and his wife’s name, telling others “I’m going to do what I do best; I’m going to make (money). You guys will have to figure out after I am dead what to do with it.”

MacArhur, in other words, wasn’t motivated by his social conscience but, rather, his desire to avoid paying estate taxes. While there’s nothing wrong with avoiding taxes through legal measures, there is something disgusting about creating a charitable foundation that will empower others about whom you couldn’t care less. This isn’t just some out-of-control elitist foundation pursuing things its founder would have opposed; he deliberately created the thing, not caring how it turned out. This was, it seems, perfectly in character. A book written about the man, “The Eccentric Billionaire: John D. MacArthur–Empire Builder, Reluctant Philanthropist, Relentless Adversary,” paints this unflattering picture, according to ABC News:

Upon his death in 1978 at age 81, MacArthur was the third-wealthiest man in the USA. He had also alienated nearly his entire family and countless business associates. But, Kriplen writes, MacArthur was a creative and clever businessman; his gift for salesmanship may have been inherited from his father, William, a traveling salesman who became a celebrity preacher.

At age 23, after serving in the U.S. Navy and Canada’s Royal Flying Corps, John MacArthur was working for brother Alfred at National Life Insurance, where he demonstrated “undeniable talent in the insurance business.” He also developed an interest in Alfred’s 18-year-old secretary, Catherine T. Hyland, despite being married to Louise, mother of his two children.

Nearly a decade later, he and Catherine left National Life to work for State Life Insurance. They later founded Marquette Life Insurance, which they kept afloat even during the Great Depression and the difficult years afterward.

Surviving the Depression, Kriplen writes, was likely due to John MacArthur’s penchant for scamming customers, vendors and investigators. He routinely discarded claims (“Heck, if someone really had a claim, he figured he would hear from him again”) and misaddressed checks to keep money in the company coffers a bit longer.

His questionable ethics persisted as he and Catherine continued to acquire insurance companies and increase the MacArthur wealth.

Bankers Life garnered positive press in the late 1940s for employing 650 older and handicapped workers. Of course, Kriplen writes, “With John … there was often more to any action than what appeared on the surface.”

The twist to this story of diversity in hiring? “(The) basement ceilings were unusually low. … Bankers was still able to make this usable space, however, by hiring dwarfs as custodians.”

Tired of John’s dubious practices and penchant for groping female employees, Kriplen writes, Catherine left him in 1948. Perhaps, Kriplen muses, it was due to his attempt to seize ownership of Catherine’s stock in Bankers Life — or the revelation that their marriage wasn’t legal.

After legal and financial maneuvering, Catherine’s stock and relationship with John remained intact. The two moved to Florida in the 1950s when John began investing in real estate; he eventually built an empire that spawned the town of Palm Beach Gardens, among other lucrative endeavors.

It was in Florida that the MacArthur Foundation was established: In 1970, 73-year-old John realized his will “was a disaster from a tax and estate planning perspective. … The federal government would take most of it in taxes.”

It’s disheartening to learn a foundation that awards $260 million a year (and has more than $6 billion in assets) was established to avoid estate taxes. What’s more, the book reveals a man who in many ways embodies the American Dream but whose eccentricities sometimes morphed into cruelty. 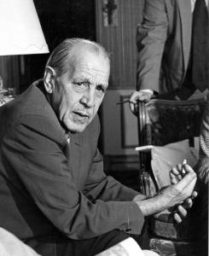 Reading these words makes me believe MacArthur knew exactly what he was doing. He would have been proud of Earthworks and thrilled to see $3 million of his bucks going to this deceptive fractivist outlet and the spending on junk science being guided by the likes of Jay Halfon.

MacArthur would have loved Calvin Tillman, Texas Sharon, Deborah Rogers and the whole fractivist sales schtick as Earthworks gropes for power to kill economic opportunity for rural Americans and feather the beds of renewables investors stealing from the ratepayers and taxpayers. It’s like hiring dwarfs to work in basements while claiming virtue for helping the handicapped or sending insurance checks to wrong addresses.