High capacity dark fiber internet infrastructure is being planned for Bradford County, thanks to the Marcellus gas impact fee and some innovative leaders.

If you live in the rural countryside and all you want for Christmas is a faster Internet connection, you might just be in luck sooner than you think.

Several weeks ago, I had the privilege of sitting in on a meeting between a number of local Bradford County officials and federal USDA representatives, who discussed a large variety of things pertaining to energy development both here in rural Pennsylvania and across the country. 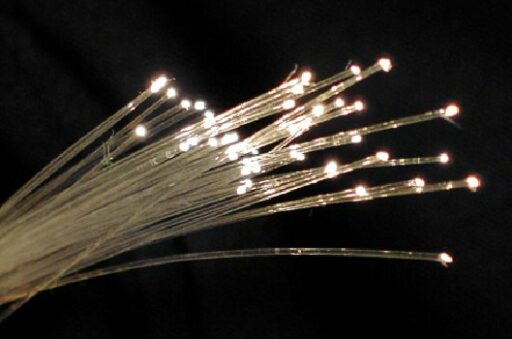 But the main thing that caught my ear – as well as the ears of the federal officials in charge of billions of dollars in grant funds – was the pitch by Central Bradford Progress Authority representatives Chris Brown and Tony Ventello, as well as Bradford County Commissioner Ed Bustin.

Essentially, they lobbied for the use of those federal grant monies to aid the construction of “middle mile” dark fiber high-speed Internet infrastructure. As Bustin explained, Bradford County is already doing their own “middle mile” project, dedicating $5 million of its impact fee reserves to this endeavor.

The goal of Bradford County’s dark fiber project is install a large “loop” of dedicated infrastructure around the county. From there, the county will look to internet service providers to hook up to that infrastructure line through a lease with the county, build the “last mile” to the homes of residents and provide faster Internet service.

As commissioners have previously explained, private companies such as Frontier Communications could not feasibly construct the “middle mile” infrastructure required to deliver fast internet while getting a profitable return on its investment within, for example, five years. The county, on the other hand, could handle putting out the funding necessary with an approximate 20-year return on its investment via leasing out hook-ups to companies.

“What we have here in Bradford County is just like any other rural area,” said Brown. “There’s too many miles of road, and too few people to actually make a business model for for-profit companies to get the return on investment that they need to actually expand service.”

However, the problem with the federal grant funding, as Brown explained, is that it is geared too much towards “last mile” construction – especially when there’s no main “middle mile” infrastructure with which to connect to provide the service to that last mile. While the county has dedicated $5 million of its own money to the endeavor, it’s a $10 million project overall.

As a result, the commissioners and Progress Authority teamed up to do what small, local governments who care about their citizens do best – solve local problems, big government be damned.

As a former rural Internet customer (who has since moved to an area of Bradford County that DOES have dark fiber – and it’s awesome), I’ve been following this issue closely since the commissioners heard complaint after complaint about slow Internet and appealed to state government and internet companies again and again to solve the issue to no avail, and they developed this idea and program because of having Act 13 money available to them.

“(We) attack things and, instead of waiting for someone else to tell us how to fix the problem, we get out in front of it and fix the damn problem ourselves,” Bustin said nearly a full year ago. “We got the right team and the right approach, and it’s an example of us being proactive and not reactive. I think that we are very close to breaking new ground in rural communications with broadband that I think will be a model, not just throughout the commonwealth, but through the nation.”

And as it turns out, that prediction might just start becoming true, as commissioners are scheduled to meet with federal officials again in January in the nation’s capital to look at possibly taking Bradford County’s model and see how it might apply to funding other “middle mile” projects throughout the country – providing federal funds in rural areas that haven’t been blessed with natural gas impact fee dollars.

“We’re blazing trails and moving forward in a way that’s never been done before,” Bustin said this month. “Will it bear fruit? Time will tell. But we’re happy to be able to even get this invite and discuss this plan.”

While its still too early to tell how far those discussions will progress, if this idea “bears fruit” as Commissioner Bustin puts, it will be a true testament to the power, intuitiveness and creative problem-solving of small government made up of elected officials truly dedicated to the progress and well-being of their community.

It would also be a prime example of what small, local government bodies can do when they’re not weighed down with unfunded mandates handed down from big state and federal governments telling them how to spend their tax money. Because Bradford County knows what Bradford County needs, not Harrisburg or Washington.