A Federal Judge calls out the criminals and hooligans of the Dakota Access, saying they have a vastly different agenda than the Standing Rock Sioux Tribe.

The extent of the hoax the Tribe and its minions are perpetrating on all of us at Lake Oahe has been duly documented by Judge Boasberg of the D.C. District Court already. Now another federal court has documented the extent of what Judge Hovland of the North Dakota Federal District Court correctly calls “the mindless and senseless criminal activity of the hooligans that chose to accompany the protest movement” being instigated and acted out by a small but very fractious percentage of the entourage out at the Lake Oahe site along the Dakota Access Pipeline. 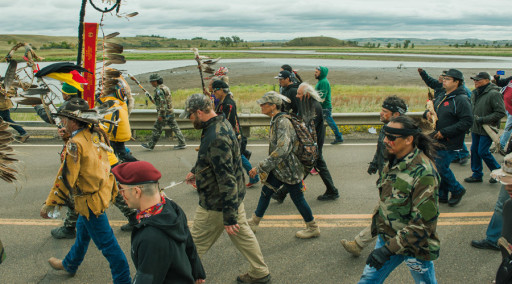 Judge Hovland’s September 16, Opinion notes the following (these are his words, not my repackaging):

Note Judge Hovland’s reference to outsiders who’ve parachuted in for this performance who have no interest at all in the Tribe. These professional (probably paid) instigators have shamelessly coopted the Tribe and are using and exploiting it. No doubt these opportunists have never before cared a hoot about this Tribe or done anything for or with it. When these operatives are finished with this North Dakota act they will no doubt move on to the next thing and abandon the Tribe and resume not caring a hoot about it.

All of this shows again that the fuss of late over Dakota Access Pipeline is nothing but contrived and orchestrated theatre and mob political violence aimed at securing political and ideological ends. These are the facts as found by a Federal Judge who is there.

Here’s a link to the full Opinion.