The Delaware River Basin Commission proposes to ban hydraulic fracturing in the basin but it’s just the SRBC with a different hat applying double-standards.

The “D” in DRBC can now truly be said to stand for deceitful double-standards, given a proposed ban on hydraulic fracturing that deliberately ignores what its members know to be the facts from also being the governing majority of the SRBC.

Those proposed double-standards, in fact, are being used to inversely condemn the property of thousands of  Pennsylvanians who happen to reside in the one county in the Commonwealth with natural gas resources where they cannot be developed. There’s massive taking—a theft of land and minerals—in progress; one in which the primary tools of the thieves are the blinders they’ve put on themselves so as to not see what’s before their eyes. 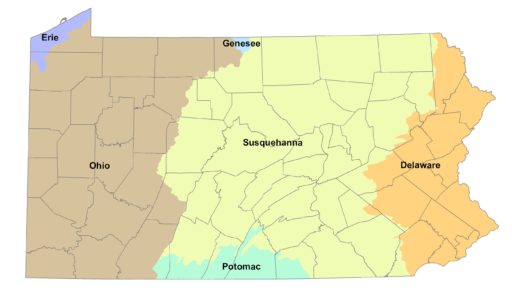 I wrote about this theft a month ago, but indulge me to explain further. It’s all really quite simple, so let me just cite the basic facts:

Why is the DRBC refusing to see the elephant in the room and insisting on different standards for the Delaware when both basins are major sources of drinking water and exceptional quality? The answer is clear to all who understand the outsized role of the William Penn Foundation and its allies and grantees in the financing of opposition to hydraulic fracturing, as well as the DRBC itself. This proposed fracking ban springs from a desire to make a wilderness of the upper reaches of the Delaware River Basin. Natural gas development, because it will enhance property values, is a threat to realizing that goal.

While I could list a dozen other reasons the proposed fracking ban is improper, it all comes down to an exercise of raw political power demonstrated by the “D” in DRBC—a “D” that stands for the deceitful double-standards being used as the tools of a gigantic land grab—a taking. These 28 words tell us everything. 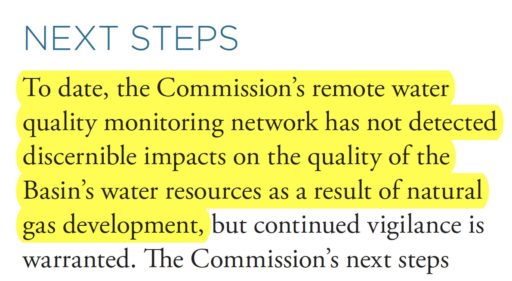 Some of you may want more background and the following video is one I assembled with that in mind:

Just remember this; the “D” in DRBC stands for the deceitful double-standards the DRBC seeks to apply to the Delaware in its attempt to grab our land. The rest is straw.