Governor Cuomo has announced yet another clean energy program, but this one uses fracked natural gas Cuomo won’t let us develop in or even pipe into NY.

Suddenly, and once again, Governor Cuomo has announced another clean energy program but this one, ironically, uses “FRACKED” natural gas.  You know … that stuff over which the State of New York sits atop that he is denying landowners the ability to develop or even pipe into the state, to appease his big money donors and elitist friends. Read about it here.

The news release (excerpts below) is actually a confession to New Yorkers by the most Corrupt Governor ever elected, Andrew Cuomo, a man who flaunts his corruption in our faces of everyday New Yorkers as if he were some sort of emperor. He’s confessing that everything he’s told us about fracking and the dangers of the Constitution, Northern Access and Millennium Pipeline projects has been one big political farce – it’s all been one big lie. New York needs natural gas. New York needs fracking. New York needs pipelines. 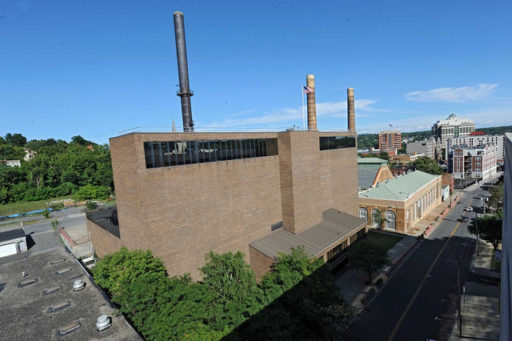 Governor Andrew M. Cuomo today announced plans to construct a new state-of-the-art, locally-sourced mini-power grid that will be connected to the statewide grid, and also be able to operate independently, to power the Governor Nelson A. Rockefeller Empire State Plaza in Albany. The energy-efficient co-generation plant and microgrid will supply 90 percent of the power for the 98-acre downtown Albany complex and is expected to save the Plaza more than $2.7 million in annual energy costs. The project will also remove more than 25,600 tons of greenhouse gases from the atmosphere each year – the equivalent of taking more than 4,900 cars off the road – supporting New York’s goal to reduce emissions by 40 percent by 2030 from 1990 levels.

The power generation facility will be located on Sheridan Avenue in a dormant waste-recovery steam plant that was decommissioned in 1994 and is attached to the steam plant currently in use. The upgraded system will allow on-site power generation from two new 8 megawatt, clean-burning, natural gas-fired turbine generators that will also have dual fuel capabilities. As a byproduct of the electrical generation, the natural gas turbines will generate steam to serve heating and cooling needs of the entire plaza.

A video showing the benefits of the microgrid is available here, along with photos of the downtown facility to be repurposed.

Cuomo has to go, fellow New Yorkers, if we want any future at all. This man has no integrity and there is no limit to his hypocrisy. We’re being played for fools,