The New York State DEC has obviously been instructed by Andrew Cuomo to keep the game going against the Constitution Pipeline by throwing a Hail Mary pass.

The Cuomo-corrupted New York Department of Environmental Conservation (DEC) is spitting and sputtering, “warning” the Federal Energy Regulatory Commission that if they (FERC) decide to rule that New York took too long to approve the Williams Constitution Pipeline and now gives the project a go-ahead, the DEC intends to rain down all sorts of legal hell on the agency. Which tells us one thing: the DEC is very nervous that their power to block pipeline projects is about to be neutered. 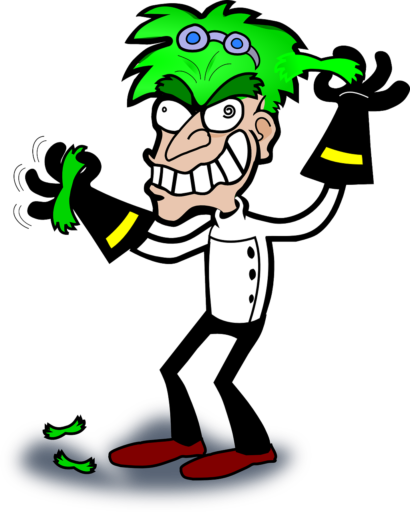 We won’t recall the entire history of Williams and FERC disagreeing over whether or not New York’s action in blocking the Constitution project was illegal. You can read that history here.

The current situation is that following a recent decision by the D.C. Circuit Court of Appeals known as the Hoopa Valley Tribe v. FERC case (dealing with a hydroelectric dam out West), FERC decided to reconsider its earlier decision on the Constitution case.

The D.C. Circuit ruled in the Hoopa Valley case that states (like NY) cannot keep asking project builders (like Williams) to withdraw applications for water crossing permits to “restart the clock” ticking (like they did with Constitution). Such applications must be ruled on in one year, according to federal law. The court found pressuring applicants to withdraw and resubmit applications, thereby restarting the clock for an additional one year, violates the spirit and letter of the law. New York used that shenanigan against Williams with the Constitution project.

FERC is now rethinking, in light of the D.C. Circuit case, of whether to overrule New York and allow Constitution to move forward.

And the DEC is nervous that FERC is about to rule against them, making legal threats against FERC. In a recent “protest” filing with FERC, the DEC says that the Hoopa Valley case was a narrow decision and applies only to that one case, not to other cases like the Constitution.

In light of the irreparable environmental harm that would be caused by construction of the project and the likelihood that a court would reverse a finding of waiver, any FERC order finding waiver should be stayed until judicial review is complete.

Which sounds a lot like bluster. If you can’t dazzle them with brilliance, baffle them with….

The DEC is trying to scare FERC into inaction–into waiting another half decade for various courts to weight in. We don’t think FERC under Chairman Neil Chatterjee is going to yield to the DEC’s threats.

The DEC’s “we’ll sue your a$$ to kingdom come if you overturn our rejection of the Constitution Pipeline” letter sent to FERC earlier this week may be found here.

Editor’s Note: Jim is, as usual, on the money. DEC has gone wacko with this 40-page filing, simultaneously arguing a Second Circuit Court of Appeals decision that was more favorable to the agency somehow superseded the D.C. Court of Appeals, while also acknowledging the latter considered the Second Circuit arguments as nothing more than “dicta” (a legal term for side notes). DEC whines, distorts, hyperventilates, excuses itself and then says this:

Moreover, a finding of waiver would be subject to serious challenge on appeal, considering the Second Circuit’s explicit recognition of the validity of the process and the limiting language included in Hoopa Valley.

Yes, that’s a threat; the same sort of threat every bully makes when cornered.