The New York Accelerated Renewable Energy Growth and Community Benefit Act is the Andrew Cuomo plan to put an industrial solar or wind facility in your yard.

On February 21, 2020 New York governor Andrew Cuomo proposed a 30-day budget amendment that will “streamline the process for environmentally responsible and cost-effective siting of large-scale renewable energy projects across the state”. The proposed legislation, if adopted, will create a new Office of Renewable Energy Permitting to streamline the consenting process for large-scale projects across New York.  This post addresses this latest hypocritical over-reach of the Cuomo Administration. 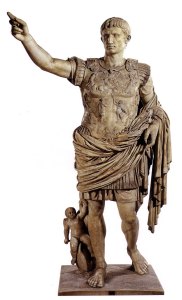 New York’s Environmental Conservation Law requires NY regulatory agencies to consider environmental impacts equally with social and economic factors when making permitting decisions and that they must balance those factors when making a decision to approve an action.  New York has different rules for different sized projects.  For any electric generating facility greater than 25 MW in capacity, the permitting requirements are specified in Article 10.

The Power NY Act of 2011 established the process for siting generating facilities in Article 10.  That law established a multi-agency siting board and was supposed to streamline the permitting process.  Unfortunately, its requirements are so strict that it is still unwieldy and cumbersome.

As on February 25, 2020 there are 49 projects in the active Article 10 queue.  There are 16 wind facilities proposed with 899 turbines generating 3,117 MW.  There are 25 solar projects proposed for 3,914 MW of capacity and 4 solar projects with storage proposed for 740 MW of capacity covering at least 11,324 acres. There also are three gas-fired projects and one waste energy project.  Since the new requirements were established only five projects have been approved with two completed in 3.2 years, two completed in 3.5 years and one in 4.5 years.

The governor’s office said the state’s existing process for energy-generating sites was designed for plants that used fossil fuels and created before new clean-energy standards were put in place.  The existing Article 10 process is cumbersome but the insinuation that only fossil fuel facilities have significant enough environmental, social and economic impacts to warrant a complete review of the potential impacts is a stretch in my opinion.

The Environmental Impact Hypocrisy of Cuomo

There is no better illustration of the Cuomo administration hypocrisy than the decision to block the Finger Lakes LPG project.  On July 12, 2018, New York State Department of Environmental Conservation (NYSDEC) Commissioner Basil Seggos issued a decision for a proposal to construct and operate a new underground liquefied petroleum gas (LPG) storage facility for the storage and distribution of propane in the Town of Reading in the Finger Lakes region of New York.

So how did the Finger Lakes LPG project affect community character? The project proposed modifications during the application process to reduce the scale and environmental impacts of the project in response to local stakeholder concerns.  The modifications eliminated the proposal to store liquid butane at the facility and reduced the underground propane storage capacity from 2.1 million barrels to 1.5 million barrels; eliminated the project’s rail and truck loading facilities so all deliveries of liquefied petroleum gas would be by pipeline; eliminated one of the brine ponds; and, for lack of a better term offered bribes as they proposed to “provide resources ranging from financial resources to technical resources (mining data) to support community initiatives for the preservation and improvement of water quality in the area, including Seneca Lake”.

The unacceptable aesthetic community character of final proposed plan of the Finger Lake LPG Storage project was a brine pond, a compressor station, and a support building.  The unacceptable noise community character of the project was two electric 75 horse power pumps to pump product from the tanks into the pipeline to the electronically driven injection pumps despite the likely use of insulated walls and advanced fan technology to dampen sound.

It is unclear how an Administration that claimed that Finger Lake LPG Storage project’s minimal aesthetic and noise projected impacts affected community character so badly that the project could not be permitted but can somehow claim that industrial wind and solar project don’t also affect community character.  As noted, there are at least 899 wind turbines and solar panels covering at least 11,324 acres in the existing permitting queue.  Consider, for example, the aesthetic impact of the Ball Hill Windpark. 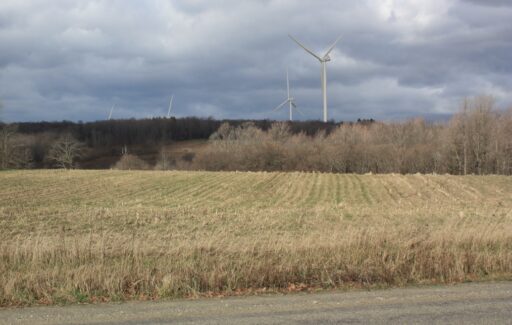 This facility has been approved (note that it was note permitted under Article 10) to install 29 wind turbines generating around 100 MW with 13 miles of access roads, 5.7 miles of above-ground utility lines, a substation, a switchyard and an operations and maintenance building.  According to the 2018 Proposed Modifications Summary of Environmental Impacts wind turbines will be visible in 33.9% of the area within the 5-mile viewshed.

Cuomo is quoted as saying: “Climate change is the existential challenge of our time, and New York State has risen to the occasion by enacting the strongest laws in the nation to protect and preserve our environment” It is utter hypocrisy to claim to protect and preserve our environment while simultaneously proposing to circumvent the permitting process that “Requires environmental and public health impact analyses, studies regarding environmental justice and public safety, and consideration of local laws”.

As far as I can tell the State Administrative Procedure Act (SAPA) and the State Environmental Quality Review Act (SEQRA) requirements for environmental reviews do not apply to the Climate Leadership and Community Protection Act (CLCPA).  One of the requirements of an air quality assessment for a new fossil-fired electric generating unit is to consider the cumulative impact of all local emitting sources as well as the new source itself.

The obvious solution would be for the state to evaluate cumulative impacts.  Note, however, that the first step for such an analysis would be to determine how many wind turbines and solar panels would be required and where they would be located.  The CLCPA is just starting the process to prepare a scoping plan that will document the state’s plan to implement the law.  First problem is that scoping plan won’t be available for a couple of years.

In the meantime, I have prepared my own estimate of the renewable resources necessary to meet this legislation.  In order to meet the mandate that all electricity will be generated by non-emitting sources in 2040 and provide enough power to cover the needs of an example winter peak period I estimate that New York will require 11,395 MW of residential solar, 16,117 MW of utility-scale solar, 18,457 MW of on-shore wind and 16,363 MW of off-shore wind.

The Niagara County Legislature recently passed four resolutions directed squarely at an amendment to revise the Article 10 rules.  The amended rules only said that if there were minor changes to the proposed facility it did not require the entire application process to be opened up again.  In other words, it was a relatively innocuous change as opposed to the Cuomo plan to entirely ignore the Article 10 process.  Niagara County and other Upstate New York municipalities are already upset that Article 10 has taken away control of local siting decisions.  This proposal to remove the checks and balances included in Article 10 will not be appreciated.

The CLCPA is all style and no substance.  There is no plan to convert all energy sectors away from fossil fuels only a mandate to do it.  If there is no plan then there are no costs, no quantified benefits, and no starting point to balance environmental impacts with social and economic factors for the state as a whole.  The Article 10 permitting process requires that kind of assessment on the local level.

The Cuomo proposal to remove that check would mean that anyone, anywhere in New York State that could possibly be affected by anything related to the ambitious plan to convert the New York energy to carbon-free resources will have no recourse.  I suspect that when the folks who whined their way to get the Finger Lakes LPG project cancelled are going to be more than a little upset when industrial wind and solar facilities blanket their community.

9 thoughts on “Cuomo Proposes to Shove Renewables Onto Your Town, Like Them or Not”