Andrew Cuomo is obsessed with pandering to environmentalists at the expense of other New Yorkers who need natural gas infrastructure and need it now.

Consider: You build a brand-new home or space for your business. It’s nearing completion but your application for natural gas service is denied. How is this possible?

Shockingly, that is exactly what is happening in the greater New York City area — in large part due to Gov. Andrew Cuomo’s staunch opposition to much-needed energy infrastructure and advocacy for fossil fuel divestment. 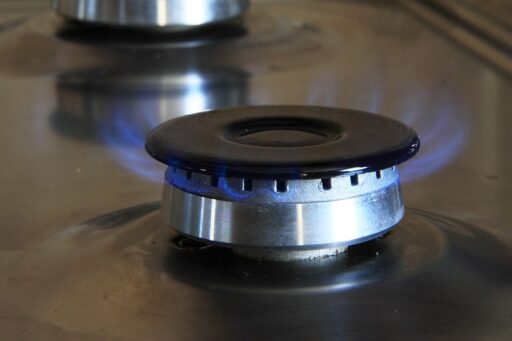 While the governor is busy playing politics, business owners like Muhammad Quershi and Shahbaz Warraich are struggling to make payments on their business loan for their deli simply because they cannot turn on the gas. They aren’t alone. This economic disaster has New York’s small-business owners “scrambling to avoid ruin.”

New York’s unwavering opposition to infrastructure development has garnered the attention of federal regulators. Last month, the Federal Energy Regulatory Commission issued a lifeline to the Constitution Pipeline, another project that had been denied permits. FERC ruled that the state Department of Environmental Conservation had waived its authority under the Clean Water Act “to issue or deny a water quality certification” for the Constitution Pipeline. This nonpartisan approach could be a good sign for other infrastructure projects in limbo, like Northeast Supply Enhancement.

Alas, Cuomo recently vowed to fight FERC’s ruling. “Any way that we can challenge it, we will,” he huffed. If completed, the Constitution Pipeline could serve 3 million homes and help stabilize New York energy prices.

With record production of domestic natural gas and safe pipeline technology in the 21st century, it is alarming that New Yorkers are being denied access to reliable natural gas. Natural gas is responsible for more than a third of our nation’s electricity needs; about half of US homes rely on it for heating, cooking and drying clothes.

The widespread implementation of modern natural gas-fired electricity generation units have played a key role in lowering carbon emissions, too.

Rather than acknowledge its importance as one of the cornerstones of American energy, many environmental activists and elected officials have ramped up their opposition to natural gas. What was once lauded by President Barack Obama as a “bridge fuel” has now been placed on the chopping block by a majority of the 2020 Democratic presidential candidates seeking the approval of the environmental left. Ideological opposition to fossil fuels has muddied the waters on what may be in the best interest of American consumers, our economy and our national security.

In nearby Pennsylvania, the Marcellus Shale just enjoyed a record year of natural gas production for the state. Pennsylvanians have capitalized on the opportunity by investing in extensive infrastructure upgrades to deliver the abundance of natural gas to consumers.

But New York’s ban on hydraulic fracturing and pipeline development has caused its residents to miss out on access to reliable, affordable natural gas, thousands of well-paying jobs and new economic development opportunities.

Before launching an all-out onslaught on natural gas, it would be wise for Cuomo and the 2020 White House contenders to carefully consider what a world without gas would look like. It’s easy to boast the environmental benefits of renewable energy and grant promises of an entirely “green” grid. The real challenge is making it happen.

As for Cuomo, it’s time for him to stop pandering to environmentalists and start ensuring that his constituents have the clean, affordable energy they need.

Reposted from New York Post with permission of author. who is a former senior adviser to US Energy Secretary Sam Bodman, and is now the spokesman for Grow America’s Infrastructure Now.

1 thought on “Cuomo Needs to Stop Pandering to Environmentalists”