Andrew Cuomo has been an abysmal failure as a leader. He’s let Upstate New York starve for the sake of not offending the NRDC and friends.

Governor Cuomo continues to fail Upstate New York residents who desperately need an economic recovery that’s just not happening.  More specifically, he is failing New York State by his refusal to move forward with natural gas development even though its safety has been demonstrated repeatedly.

The governor says his decision will be based on the science, but he already has a comprehensive (1,500 pages) Supplemental Generic Environmental Impact Statement (SGEIS) that provides a basis for moving forward with natural gas development. It’s obvious there other factors at work; political factors that have zero to do with science.

Cuomo put his disgraced ex-brother-in-law Robert J. Kennedy Jr. and two other senior attorneys from the Natural Resources Defense Council (NRDC) on his advisory council, made  big show of it and then just as quickly let it sink into oblivion. He has promised decisions by one deadline after another, to the point no one on either side of the battle believes a word he says anymore; the perfect definition of malfeasance. 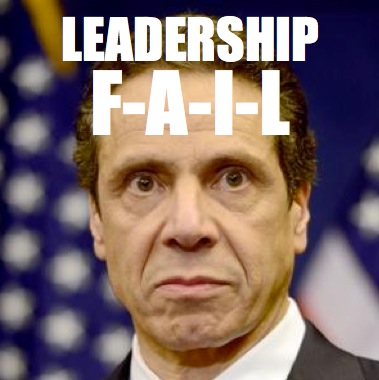 Yet, Governor Cuomo would have us believe he has crafted a plan on his own to restore Upstate New York State to economic health. He says New York is “open for business” as his motto while keeping the doors closed to the one business that could make a difference.  Nothing could better illustrate the phony nature of his plans, which are pure bunk.

We know Cuomo acts quickly, far too quickly, when he thinks there is a political opportunity to look like a leader with his base. Gun control, gay marriage, casino gaming, medical marijuana and other trendy left-wing issues have demonstrated Cuomo can pounce faster than a hungry cat, with no regard for science or anything other than the kill, but put fracking in front of him and he’s suddenly a scared rabbit. What a fake.

All this man cares about is not displeasing his elitist base. He wants Bobby Kennedy Jr. and the NRDC aristocrats to stay happy and not make any noise. He’s deathly afraid of the NRDC, in fact, if his actions mean anything. They own a chunk of the Catskills, want a lot more of it on the cheap and have the capacity to torpedo his political plans if he doesn’t behave. They have Cuomo in chains he has no idea how to throw off. 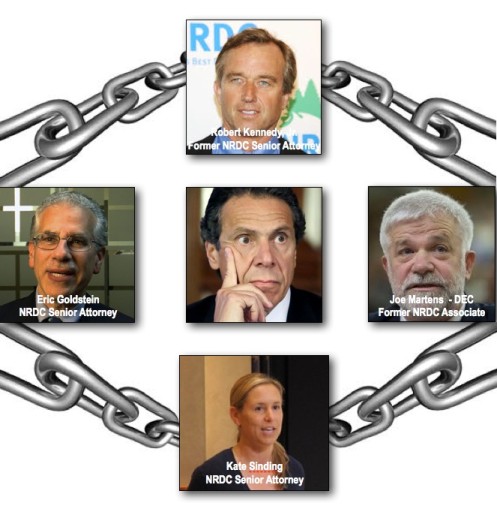 Cuomo and the Four NRDC Connections on His Hydrofracking Advisory Committee

So, the governor sacrifices upstate farmers, landowners and businesses to keep them at bay, throwing the rest of us a few bones such as yogurt factories and casinos, while denying us what we really need; authority to proceed with natural gas development.

Governor Cuomo, in my opinion, is a leadership failure.  New York could contribute to this nation’s energy independence and help us continue to be a world economic power while helping its own residents secure inexpensive energy and revitalize rural areas like Upstate New York if he would but give the go-ahead. Yet, he fails to take action, any action whatsoever.

It’s tragic–a tragic failure to lead, a failure to simply do one’s job. Now, more than ever, with Russia and Ukraine at odds, we need that leadership. But, this man, our governor, will not stand behind his country or his state. Governor Cuomo is a failure for the ages.

6 thoughts on “Cuomo: A Failure for the Ages”