Pennsylvania’s Commonwealth Court has found Tony “the Tiger” Ingraffea wasn’t a credible witness in a case ginned up by the Heinz Endowments. He’s clawless!

Two and one-half years ago we ran a guest post from our buddy Jim Willis about how Heinz Endowments shills such as the Clean Air Council, the Mountain Watershed Association and the Southwest Pennsylvania Environmental Health Project were leading an attack on Penn Township, Westmoreland County, Pennsylvania. This effort resulted in a ginned-up lawsuit against the township in which Tony “the Tiger” Ingraffea was employed as an expert witness for the antis. Neither the trial court nor the Commonwealth Court found “the Tiger” to be credible. He’s clawless and toothless, as it turns out. 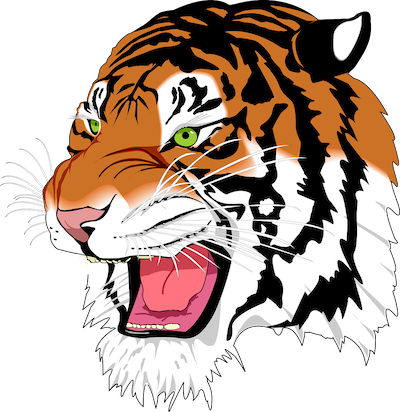 A clawless and toothless tiger?

Why do we call Ingraffea “Tony the Tiger” you might ask? Well, that goes back eight years when Tony was presenting at Penn State University and challenged Energy In Depth’s Chris Tucker to an arm wrestling match. Tony was flying high then, serving as the darling of the fractivist fringe, but things have changed. Judges demand a bit more and that became obvious with the Commonwealth Court’s decision in the Penn Township case brought by a group called Protect PT, which appears to be an outgrowth of the Heinz onslaught.

Here is some of what the Court said (emphasis added):

…Protect PT asserts on appeal that the trial court erred or abused its discretion:

(1) in failing to consider all phases of developing an UNGD well pad prior to the production phase in analyzing the validity of the Zoning Ordinance even though the drilling and completion phases continue indefinitely;

(3) in finding that UNGD historically took place in the Township and is compatible with the Township’s Comprehensive Plan and the agricultural and residential land uses authorized in the Resource District;

(4) in finding the MEO District is an appropriate use of a zoning overlay even though it fails to impose specific and targeted provisions tailored to local conditions without disturbing expectations created by the underlying district;

(5) in finding that the enactment of the Zoning Ordinance did not violate the ERA where the Township Board of Commissioners (Commissioners) failed to account for the impact of UNGD on Township citizens’ rights to clean air, pure water and the natural, scenic, historic, and esthetic values of the environment; and

Protect PT also presented testimony from Edward C. Ketyer, M.D. (Dr. Ketyer), a pediatrician in Washington County, and a consultant with the Southwest Pennsylvania Environmental Health Project, which solicits patients who believe they may have health symptoms as a result of oil and gas development. Dr. Ketyer is also a board member of Physicians for Social Responsibility, whose goal is to develop a fossil fuel free world. Ultimately, the trial court rejected Dr. Ketyer’s opinion that emissions from UNGD presently pose a threat to human health. This credibility finding is also significant to our analysis…

As discussed above, Protect PT failed to establish that UNGD posed any substantial actual risk to the environment or health of Township residents. To the contrary, the trial court accepted testimony from Huntley’s expert, Professor Pifer, that UNGD is compatible with the rural and agricultural uses in the Resource District. Consequently, the trial court properly determined that the Zoning Ordinance, and in particular, the MEO District, which permits UNGD in specific and targeted areas of the Resource District that are rural and not densely populated, did not violate substantive due process.

Protect PT completely failed in its attempt to throw everything it had into the fight. It had the support of the usual suspects, including Tony “the Tiger” Ingraffea. Tony is a very cordial fellow, but given to calling folks “dirty liars” if they don’t share his opinions. He’s a nice enough guy with real expertise in rock fracturing, but couldn’t sell the trial court or the Commonwealth Court on his expertise on subjects such trucking impacts, to give one example. Tony turned out to be a clawless and toothless tiger in those regards.