Andrew Cuomo, Gov. Corruptocrat, has New York State DEC under his thumb and may have forced it to make a big mistake on the Millennium Pipeline extension.

The New York Department of Environmental Conservation (DEC) issued a refusal, on August 30, to grant a water quality certification to Millennium Pipeline to build a tiny, 7.8 mile pipeline spur from the main Millennium Pipeline to an under-construction natural gas-fired electric generating plant in Orange County. The electric plant will get finished either way, whether it’s fed by natural gas or, alternatively, by dirtier fuel oil. The DEC has blocked many (not all, but many) recently filed pipeline projects in the state–because of undue and corrupt influence from our governor, Andrew Cuomo. Cuomo seeks to appease his radical/enviro base. 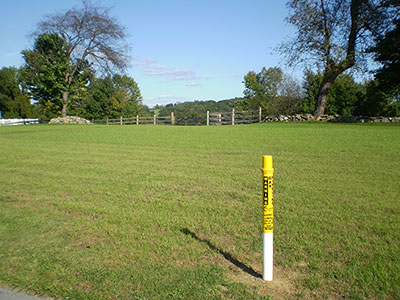 The DEC previously denied a water quality certification for the Constitution Pipeline, stating Constitution had not provided all of the required information the DEC needs to properly evaluate the project. It later refused water quality certification for NFG’s Northern Access Pipeline project. In the case of Northern Access, the DEC claimed they did have enough information, but in their opinion the project would do too much damage to Mom Earth.

Both the Constitution and Northern Access projects are in court to try and overturn the DEC’s decision to block. However, in refusing Millennium’s tiny 7.8 mile pipeline to the Valley Energy Power plant, the DEC claimed the Federal Energy Regulatory Commission (FERC) didn’t do a proper job in evaluating the project’s impact on global warming. The pipeline will feed gas to an electric plant, and the DEC says the electric plant will produce air emissions that will help toast Mom Earth.

A couple of top energy attorneys from the law firm Blank Rome have explained how the DEC has made a critical error in judgment with their refusal of the Millennium project, a decision they say stands a “very high” chance of being overturned on appeal.

Complicating matters is the fact DEC just granted a water water quality certification to Millennium for the Eastern System Upgrade (ESU), which includes 7.8 miles of looping pipeline in yes, Orange County! The Millennium Pipeline stretches ~244 miles from Independence in Steuben County, NY to Buena Vista in Rockland County, NY. Supplied by local production (much of it Marcellus Shale gas) and storage fields and interconnecting upstream pipelines, it serves customers along its route in New York’s Southern Tier region and helps meet the energy needs of northeast markets. 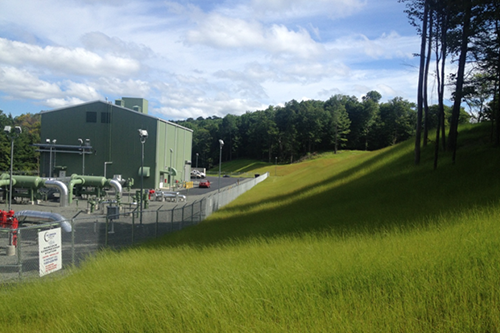 Millennium filed an application in August, 2016, for the ESU. It would add 7.8 miles of extra looped pipeline in Orange County, upgrade a compressor station in Delaware County, build a new compressor in Sullivan County and make some minor tweaks to metering stations in Rockland County. Just days before the DEC denied certification for the Valley Lateral Project, the DEC issued certification for the much larger ESU project.

The DEC denied Valley Lateral on the premise FERC had not done a proper job in evaluating the global warming potential of the new power plant that pipeline will feed. Yet the DEC saw no problem with bumping up capacity by 223 million cubic feet of natural gas flowing per day along the mainline Millennium, which the ESU project will do. Lucy! You have some ‘splainin to do! 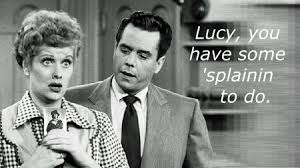 Blank Rome attorneys Fred Lowther and Mike Krancer penned the article below. In the article, they conclude probably the best solution at this point is for FERC to step in and and find DEC waived its rights to be involved, which they have the right (under the law) to do.

On August 30, 2017, the New York State Department of Environmental Conservation (“NYSDEC”) issued a two-page letter (signed by the General Counsel of NYSDEC), which denies “conditionally” a water quality certification under §401 of the Federal Clean Water Act (“CWA”). As with the two prior denials (noted below), this denial has the effect of preventing construction of the eight-mile Valley Lateral Pipeline, which is part of the Millennium Pipeline intended to serve the 680 MW gas-fired CPV Valley Energy Center in Wayawanda, Orange County, NY, currently under construction. The “conditional” denial becomes unconditional in the event Federal Energy Regulatory Commission (“FERC”) does not grant NYSDEC’s petition to FERC filed last month to reconsider its approval of the line in light of “new law,” namely the recent D.C. Circuit decision Sierra Club v. FERC, 2017 WL 3597014 (D.C. Cir., August 22, 2017) (“Sierra Club”).

The Valley Lateral §401 denial follows the NYSDEC denials of §401 water quality certifications for the Williams Constitution Pipeline (in April 2016) and for the NFG Midstream Northern Access Pipeline (in April 2017). The §401 denial for Constitution was recently affirmed by the U.S. Court of Appeals for the 2d Circuit.[1] NFG Midstream has appealed its denial to the 2d Circuit. In the Constitution case, the denial was based on the alleged failure of the project sponsors to provide adequate information to allow NYSDEC to determine the magnitude of impacts on State water quality resources (primarily small streams). In the Northern Access case, the denial was based on the information provided by the sponsors, from which NYSDEC determined that the impacts on water resources (principally streams and wetlands) violated State water quality standards. In both cases, FERC had already concluded its comprehensive environmental analysis required by the National Environmental Policy Act (“NEPA”) and, finding no environmental impacts that could not be satisfactorily mitigated, issued certificates for the projects. The NYSDEC denials halted both projects, at least for now, notwithstanding the FERC approvals.

The Valley Lateral denial differs radically from the prior two. Instead of being based on impacts to State water quality resources, the §401 denial was based on the alleged inadequacy of FERC’s NEPA analysis of downstream air quality impacts from the natural gas to be delivered by the pipeline. NYSDEC supported this rational by citing to Sierra Club, which held that FERC was obligated to review potential downstream air quality impacts due to emissions from gas-fired power plants served by the proposed pipeline.[2]

Without regard to whether, and how, Sierra Club affects FERC’s analysis of the Valley Lateral project, the dictates of Sierra Club clearly have nothing to do with New York’s right under the Clean Water Act to review a pipeline project for consistency with State water quality standards. It is not NYSDEC’s job, nor within its authority under the CWA or as a State under the Federal system, to evaluate and stand in judgment of FERC’s NEPA analysis. That is the province of FERC and the U.S. Court of Appeals. Beyond that, the NYSDEC’s action here is even less sustainable because all the required air permits for CPV’s Valley Energy Center have already been granted by NYSDEC! Ironically, there is no question that Valley Energy Center coming on line with natural gas fuel would reduce GHG emissions overall because it would displace current coal-fired resources.

It is obvious that these conclusions are not close calls by any stretch, so one must now assume that NYSDEC will go to great lengths to place roadblocks in the way of natural gas pipelines. Considering both the importance and the late-stage construction of the CPV Valley Energy Center, and wide support for that project within New York, the tactic of using an eight mile pipeline lateral to block the CPV project represents conduct which can easily be described as “arbitrary and capricious”—the standard by which §401 denials are judged on appeal. Importantly, those who are viscerally cheering this move may end up ruing the day, since this move involving an 8-mile pipeline in rural New York may bring to an end all States’ authority to veto FERC jurisdictional pipelines. It could also have a chilling effect on those seeking to invest in New York infrastructure—energy-related or not—because it’s difficult to know what the rules are.

The fundamental question is what to do about it, particularly given the urgency of the matter. While the chances of overturning the denial on appeal are very high, the time required to process an appeal in the 2d Circuit is long – 2 years in the case of Constitution. The best, and perhaps the only remedy for the Valley Energy Center, is through the FERC. It is within FERC’s jurisdiction to find that NYSDEC has waived its right to review the project under §401. See Millennium Pipeline Co. vs. Seggos, No. 16-1415 (D.C. Cir., June 23, 2017). The FERC could also disregard this “conditional denial” (there is no such thing under §401) and issue a Notice to Proceed to Millennium for the Valley Lateral, which would force NYSDEC, and/or other project opponents, to challenge FERC’s Notice. There may be other avenues for overcoming the defective denial, but it would certainly seem in FERC’s interest to move quickly to counter this drastic move by the NYSDEC.

As noted in the blog post referenced in footnote 1 below, the situation which has evolved under §401—and which has persisted for more than a decade since the Islander East cases—cries out for a legislative solution. This most recent move by NYSDEC should also provide a catalyst for Congress to take steps to correct the “State veto” problem afflicting pipeline infrastructure build-out. The course of amending the CWA to harmonize the review provision with those set forth in the Federal Coastal Zone Management Act (“CZMA”) is one way to go. Such an amendment would replace the very narrow “arbitrary and capricious” standard which governs review of §401 denials in the U.S. Courts of Appeals with a “statutory purpose/national interest” standard to be administered by a Federal Cabinet Officer (the Secretary of Commerce in the case of the CZMA). While (as noted in the Constitution blog) such an amendment would take a lot of effort to achieve, the importance of rectifying this persistent Federal-State conflict is very high and the initiative seems well worth the effort.

Editor’s Note: All this fits perfectly with my theory Corruptocrat wants his gas while getting credit for opposing it. He has no political philosophy other than to advance himself and get rich in the process. Most politicians, if we’re honest about it, are of a similar ilk, but Andrew Cuomo takes it to a new place and demagoguery is his speciality.

Corruptocrat hasn’t the slightest shame about ordering his DEC to turn down the controversial pipeline to the CPV Valley Energy Center he already approved, or doing so on the basis of greenhouse emissions having nothing to do with water quality certification, because he knows this a red flashing light message to FERC inviting the agency to take the responsibility of granting the certification away from him. If successful, he gets the gas and the credit for opposing it. He can even lambast FERC and use it as a Presidential campaign talking point.The only downside is the remote possibility FERC refuses to act. It’s brilliant, it’s cynical and it’s why New York is no place to be.

1 thought on “Corruptocrat’s Big Millennium Pipeline Mistake, If It Was One”