Constitution Pipeline has asked FERC to rehear its argument that NY-DEC waived rights to act on its water quality certification application. Is there hope?

Back in October I wrote here about the very compelling case the Constitution Pipeline made to FERC to decide Andrew Cuomo’s DEC had, buy a combination of delay and deception, effectively waived its right to deny a water quality certification for the project. It’s was a super well articulated history of how Cuomo had conned DEC, DEC had conned Constitution Pipeline and, frankly, how the company had naively let itself be conned. Proving  there is, indeed, no fury equal to that of the one who is scorned, the company made a powerful case to FERC.

Unfortunately, it wasn’t quite powerful enough and, as Jim Willis noted here, FERC reluctantly (it appears) decided Constitution Pipeline’s ill-advised withdrawal and resubmission of its DEC application served to restart the clock, giving Cuomo another full year to order his DEC to issue a politically based denial. Then, a little over a month ago, the company filed a rehearing request with FERC, while simultaneously pursing a Supreme Court challenge. Now, intriguingly, FERC has extended its own time to decide on that rehearing request, and perhaps for very good reason. 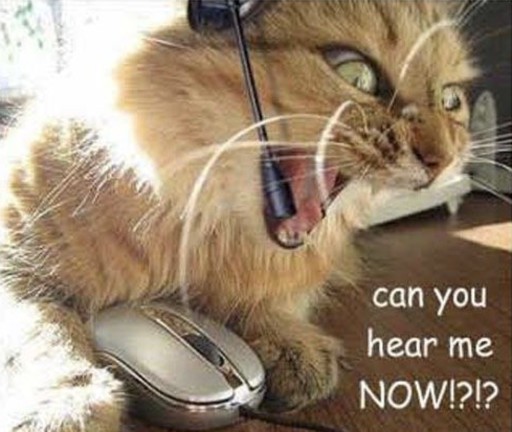 Rehearing requests usually don’t go anywhere, so the purpose of Constitution Pipeline’s request was probably more to clear the way for an appeal to the D.C. Court of Appeals than anything else. Still, the fact FERC is seriously considering it suggests there are some serious new arguments to consider. There are.

Those arguments are detailed in the rehearing request, a highlighted version of which may be found here. It’s a pretty readable document and readers might want to peruse it. There are seven arguments offered but they’re related. The principal argument is this (emphasis added):

It’s easy to see why FERC might downplay the “reasonable period of time” in favor of the hard deadline of one year. “Reasonable,” after all, is arguably in the mind of the beholder; an unenforceable subjective criteria. The rehearing request, though, puts thing in perspective:

{There is] is “no basis to depart from the statute’s plain language.” “It is axiomatic that an act of Congress that is patently clear and unambiguous . . . cannot be overridden by a regulatory process created for the convenience of an Administrator . . . .” The test Congress established clearly requires that the Commission must determine what constitutes “a reasonable period of time” in each case.

It’s worth noting here the applicability of the bolded language to another matter, the DRBC’s attempt to extend language of the compact creating it. The DRBC proposes, by itself, to expand authorization “to establish standards of treatment” into authority to ban uses. It won’t get away for precisely the same reason; agencies cannot give themselves added authority no matter how hard they try, which is precisely what DEC is also doing in this instance. Here’s more from the rehearing request:

The “cardinal principle of statutory construction [requires] that [courts] must ‘give effect, if possible, to every clause and word of a statute.’” …Additionally, an agency may not “override Congress’ considered choice by rewriting the words of the statute.”

…Therefore, Section 401 provides that a failure to act, and a resulting waiver, can occur in less than a year. Any other interpretation would necessarily ignore the plain meaning of Section 401 and its requirement that an agency act within “a reasonable period of time.”

…The Commission should find that on several occasions during the processing of Constitution’s application NYSDEC exceeded a reasonable period of time under Section 401. As the Commission found, and as NYSDEC admitted in its public statements, at NYSDEC’s request “the applicant withdrew and subsequently resubmitted its application with no changes or modifications” and NYSDEC’s “review of the application is ongoing . . . .” With little choice, and faced with a denial (as NYSDEC admitted in its answer to the Petition), or a potential for a permit in less time than another year, since NYSDEC also represented that the withdrawal and resubmission would not “unduly delay” NYSDEC’s actions, Constitution accommodated NYSDEC’s request. However, despite Constitution’s attempt to accommodate NYSDEC’s request, the statute cannot be waived by the parties. Therefore, the Commission should find that the reasonable period of time allowed under Section 401 expired, at the very latest, on May 9, 2015, one year after the first re-filing of Constitution’s Section 401 application.

…NYSDEC has contravened both the spirit and the plain language of Section 401 of the Clean Water Act by claiming that a resubmission of a certification request gives NYSDEC license to continually extend its review process. NYSDEC should not be allowed to perpetuate its legalistic gamesmanship to evade its responsibilities under the Clean Water Act. Because it failed to rule on Constitution’s Section 401 certification application within the statutory year-long period, the Commission should find that NYSDEC has waived agency review.

…Constitution’s second withdrawal and resubmission on April 27, 2015, was done at the express request of NYSDEC for additional time to complete the certification, based on NYSDEC’s explicit statements that the resubmission (i) would entail no change to the application, and (ii) would not “unduly delay” NYSDEC’s final determination. NYSDEC’s own press release of April 29, 2015, stated that it had requested the second withdrawal and refiling, and that Constitution had resubmitted the “application with no changes or modifications.”

By its own admission, NYSDEC indicated that only upon a denial would the application be considered a new application that would be subject to a new completeness determination and public review and comment.60 In light of the legislative history of Section 401, which emphasizes the desire of Congress to avoid “sheer inactivity,” NYSDEC’s failure to take any action on Constitution’s application within 361 days after Constitution’s second refiling of the same application – an application which then had already been before NYSDEC for more than 11 months – and its utter silence with respect to the application for the final eight months prior to its decision, constitute a failure to act within the reasonable period of time that Section 401 requires.

…the Commission in PacifiCorp ultimately found that the state had not waived its authority to issue a water quality certification because the petitioner withdrew its pending requests and filed new and materially different applications.64 However, in this case, and as NYSDEC acknowledged, Constitution refiled the pending application with no changes. NYDSEC failed to act on the exact same application for more than a year. This clearly violates the plain language of the Clean Water Act and is harmful to the public interest.

I’d say those are pretty darned good arguments, but they get better with one of the appendices to the rehearing request—an April, 2015 news release from DEC indicating the following:

The New York State Department of Environmental Conservation (DEC) today announced a new 15-day public comment period on the re-submitted Water Quality Certificate application for the proposed, federally regulated Constitution Pipeline. Public comments on the proposed project will now be accepted until close of business on Thursday, May 14. Those who submitted comments during the first comment period which ended February 27, 2015 do not need to resubmit their comments. All comments received during the previous comment period will be considered as DEC reviews the permit application.

DEC, in other words, treated the comment period before and after the second re-filing of the Constitution Pipeline application as one continuous public participation exercise, If that doesn’t demonstrate the fiction of multiple separate application reviews, I don’t know what would.

This brings us to the heart of the matter; Everyone involved—applicant, DEC, FERC, the courts and pipeline opponents—know precisely what’s going here. A politically corrupt governor has ordered his DEC to make a political decision that flies in the face of both the law and the DEC’s own procedures and intent. Governor Corruptocrat doesn’t care and has been getting away with playing this incredibly damaging game because no one has cared enough to stop him.

Cuomo’s playing by Machiavelli’s rules, while everyone else has engaged in thoughtful niceties that evade responsibility for standing up to the bully and his NRDC gang masters. There’s now a chance—perhaps a miniscule one—but still a chance someone will call his bluff, which, ironically, may be exactly what he wants so he can get the pipeline and the credit for opposing it. Let’s just our chances are a little better than this:

Somehow, I expect they are but, please, don’t quote me. FERC can be as fickle as any other government agency, I’m sad to say.

2 thoughts on “Does the Constitution Pipeline Rehearing Request Have A Chance?”