Constitution Pipeline, having been double-crossed by Andrew Cuomo’s DEC, is taking its case to the very top in an effort to call out New York’s dirty tricks.

Constitution Pipeline was double-crossed by the New York State Department of Environmental Conservation (DEC). It clearly happened at the direction of Mr. Machiavellian himself, Governor Andrew Cuomo, for whom every nook and cranny of human life is a political decision for him to exploit. The company, once it realized how badly it was used by Cuomo’s DEC has fought valiantly for justice. It has a compelling rehearing request pending before FERC and it has now appealed its case on another front to the U.S. Supreme Court with an equally compelling reply brief that sets out the arguments about as clearly as could be, calling out DEC for what is nothing less than a fraudulent denial. 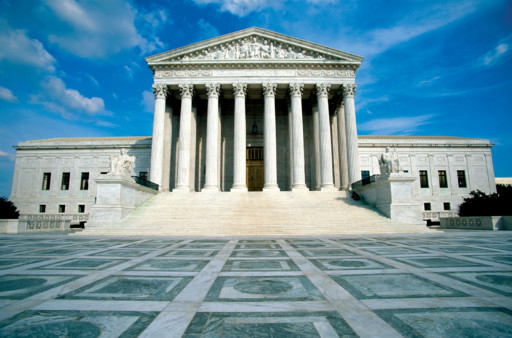 The Constitution Pipeline brief, to this laymen, is exceptionally well written. The opening paragraph, where it is essential to immediately capture the attention of the court, elegantly states the issue to be decided (emphasis added and citations omitted in some instances for ease of reading):

This case presents a question of national and international importance: whether a state may use its narrowly circumscribed [Clean Water Act] authority to determine the location of energy pipelines in order to bring the development of these projects to a standstill, despite the fact that the pipeline sitings at issue have already been approved by FERC. The stakes for federal supremacy could hardly be greater, and the global consequences for U.S. national security are incalculable.

This is, in fact, the essence of the issue and later on in the brief, Constitution Pipeline documents Cuomo’s bad faith in this matter, with something I had not previously noticed. It is this statement from the Governor’s 2017 “State of the State” book:

(“[T]he State must double down by investing in the fight against dirty fossil fuels and fracked gas from neighboring states . . . .”).

It would be hard to find any clearer evidence of the rotten rationale behind DEC’s decision, which is legally supposed to be founded on Federal law, not state criteria appended to it or Andrew Cuomo’s political posturing. Constitution Pipeline explains:

The Court need look no further than NYSDEC’s recent trilogy of Section 401 certification denials to see the very real threat to the future of our nation’s energy infrastructure posed by this ruse and others like it. It was no coincidence that NYSDEC’s Denial was announced on Earth Day. New York’s Governor has made clear that a blockade of federally-reviewed and approved interstate natural gas pipelines is central to New York’s anti-fossil fuel agenda, an agenda which materially deviates from Congress’ intent as set forth in the [Natural Gas Act] and Energy Policy Act of 2005 and constrains the delivery of gas to New England.

The reply brief responds to DEC arguments that, contrary to Constitution Pipeline’s petition to the Supreme Court to take the case, it was correctly decided by the Second Circuit Court of Appeals and doesn’t belong before the Supremes. One of those DEC arguments is that Constitution can simply adjust its plans and reapply for water quality certification. Constitution, though, points out this:

Finally, NYSDEC’s suggestion that this petition should be rejected because the state’s “denial of the § 401 certification was effectively without prejudice,” will be of little comfort to infrastructure applicants in the future whose plans have been approved by federal agencies. The whole point of NYSDEC’s stratagem is to increase mounting costs and uncertainties that accompany endless and contrived delays. If the fact that infrastructure projects could always reapply for certification was a sufficient cloak to cover NYSDEC’s actions, states could defend all manner of ultra vires acts on grounds that an applicant is free to acquiesce to the state’s unlawful demands and reapply for an authorization. That “sounds absurd, because it is.”

…The explicit basis for the Second Circuit’s holding— that “[a] state’s consideration of a possible alternative route that would result in less substantial impact onits waterbodies is plainly within the state’s authority,”… unavoidably conflicts with this Court’s decision in Schneidewind v. ANR Pipeline Co., as well as the Second Circuit’s decision in Nat’l Fuel Gas Supply Corp. v. Pub. Serv. Comm’n, and the First Circuit’s decision in Weaver’s Cove Energy, LLC v. R.I. Coastal Res. Mgmt. Council, all of which recognize FERC’s exclusive authority over the siting of natural gas facilities. The fact that New York has hit upon yet another device by which to frustrate FERC decision-making does not render these decisions irrelevant, as Respondents claim, but rather discloses their fundamental purpose, which is to insulate states’ attempts to frustrate federal authority…

By holding that NYSDEC’s denial of a water quality certification on the basis of the hypothetical relocation of a pipeline whose siting had already been approved by FERC, the Second Circuit upheld precisely the sort of state behavior deplored in those cases—behavior that goes “well beyond the powers reserved to [states] under the NGA,” which, for purposes of CWA Section 401, are limited to reviewing projects for compliance with federally-approved water quality standards…

It is worth emphasizing that New York is not relying on its police powers, but can only be relying on its authority under federal law to apply federally-approved standards to a water quality certification. However ingenious, transmuting this very limited authority into the power to assess alternative routes shows just how far the Second Circuit has strayed from the actual source of New York’s defined role in the matter…

There is a widespread movement by New York to use its limited authority to frustrate the deployment of new energy infrastructure. A decision adverse to federal authority in this case—such as letting the Second Circuit  rationale remain unchallenged—would invite a deluge of similar state intrigues and farragoes of delay. The facts of this case, and the holding below, invite a clear judicial rule that the federal statute cannot be perverted to serve such stratagems…

Constitution Pipeline, in other words, tells the Supremes that if it doesn’t get involved in upholding the plain meaning of Federal law, agencies such as DEC will simply eviscerate it over time to turn what is supposed to be a matter of FERC authority into just another deep dive into the vagaries of state politics. Constitution concludes its reply brief by reminding the Supreme Court just how political things will become without its intervention:

Both NYSDEC and Catskill claim that NYSDEC lacked sufficient information to issue the water quality certification. In fact, the Court need look no further than the detailed draft water quality certification NYSDEC prepared and circulated to the U.S. Army Corps of Engineers on July 20, 2015, seeking its prompt review and comment in light of the apparent imminence for issuance of the Section 401 Certification, to see how misleading these post-hoc claims are…

The critically important aspect of this case is the simple, straightforward issue of how to apply a crucial federal statute when a state agency makes that application seem far from straightforward as part of a strategy to frustrate federal energy policy.

The not so subtle message here is that DEC was ready to issue a water quality certification in the manner it was meant to be done under Federal law until Andrew Cuomo stepped in to effectively say “no you won’t.” He did so because he was determined, for political reasons, to “fight … fracked gas from neighboring states.” Constitution’s point is that FERC is intended to prevent just this sort of politics entering into what are matters of national energy security and the Supremes must call an end to the chicanery.

Will it work? Who knows? But, the case is compelling, New York’s abuse of the Federal statutes is egregious and a failure to correct it now will completely erode FERC’a authority to do any of the things for which it was created. The Supremes will probably decide this month or next whether it will take the case.