The Connecticut solar industry, whining about reduction of subsidies from other ratepayers and taxpayers, demonstrates why it might better be shut down.

The EnviroPolitics Blog carries a lot of interesting stories, although I disagree with almost all the positions it takes. A post about the Connecticut solar industry is a good example. The headline is “Connecticut’s solar panel industry presses for change in state law it sees as threat to its existence.” That’s factually accurate but you can hear the whining coming from the yearlings who should have stopped sucking on the public teat months ago.

And, there’s a lot of whining:

…The 2018 law schedules the termination later this year of net metering, a way residential users are credited for solar energy for electricity they add to the grid.

Stephen Lewis of South Windsor told state lawmakers in written testimony for a recent public hearing that he would not have installed home rooftop solar panels in 2017 without net metering.

“I use my home solar to pay for my already efficient home electric use, to charge my EV for a daily commute and have now charged 17,000 all electric miles, and to help pay for my home heat pump so I do not need to use as much home heating oil,” he said…

Katie Dykes, commissioner of the state Department of Energy and Environmental Protection, told lawmakers in written testimony at a recent public hearing that the 2018 law began a transition of Connecticut’s on-site energy generation, such as rooftop solar panels, “to a more market-driven, competitive, cost-effective and transparent framework.”

Net metering, of course, is a total scam. It essentially allows owners of solar systems to feed excess energy into the grid precisely at the time it isn’t needed at retail value. This fails to account for the costs of transmission, the inefficiencies imposed on other generators or the public subsidies in tax credits and the like that have already gone the solar systems producing the unneeded energy. It’s a lose, lose and lose some more proposition but the solar industry loves it, of course.

Who wouldn’t love it under their circumstances or those of Stephen Lewis. They get a free ride provided by other ratepayers and taxpayers. Even better, they get have been getting it in Connecticut, a state that ties for but sixth out 48 continental states in solar potential. This map from DOE, in fact, shows where solar industry potential exists and, if you know how to find Connecticut, you’ll see it has only slightly more potential than Seattle where it rains without end. The green might be said to signify cool and cloudy most of the time; great for growing grass but not so great for solar panels. 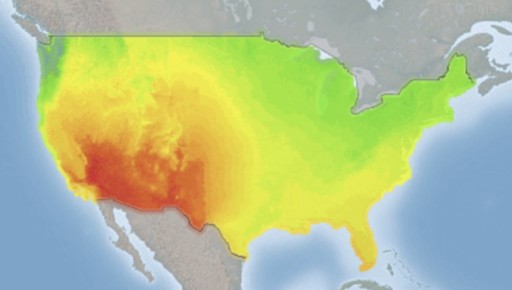 Reading how the solar industry wants the gravy train to keep on a rollin’ generates little sympathy from me. The industry conned the state into a program that, even with all the benefits accorded to Mr. Lewis to live off the backs of other ratepayers and taxpayers, it still doesn’t account for more than 2% of electricity generated.

Yet, it’s already such wasteful expensive virtue signaling that even politically correct Connecticut says it’s time to “to a more market-driven, competitive, cost-effective and transparent framework.” That’s bureaucratic speak for “we can’t afford this BS anymore.” One need know little else than to read between the sobs of this story to realize solar energy is no answer, especially with clean natural gas right next door in the Appalachian shale region.