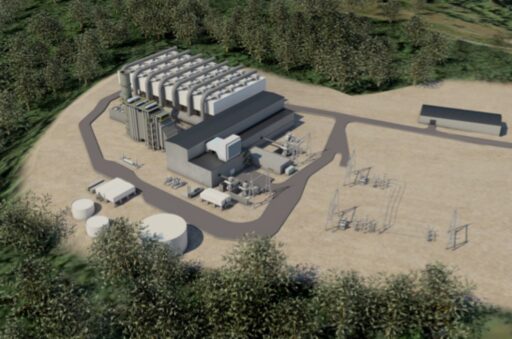 What changed over the past three years? Some 6,000 megawatts of older, less-efficient power plants in the region are retiring and without new plants coming online to provide electricity, Connecticut and its neighboring New England states will begin to experience rolling blackouts if they don’t make up the difference with new supplies of electricity. The Siting Council woke up and understands they’re screwed without new natgas-fired electric plants.

Windmills and solar panels will not meet the new and expanding need for more electricity. They can help, but they are not a complete solution. The wind sometimes does not blow, and last time we checked, the sun doesn’t shine at night. Battery storage is not yet to the point that energy from intermittent sources like solar and wind can be stored. Natural gas-fired plants are the solution, and Connecticut knows it (emphasis added).

The Connecticut Siting Council today approved NTE Energy’s application for a Certificate of Environmental Compatibility and Public Need, paving the way for continued development of the Killingly Energy Center…

The Connecticut Siting Council in February approved NTE Energy’s petition to refile for a certificate of environmental compatibility and public need, a crucial document needed before construction on the proposed 650-megawatt project can move forward.

The council rejected NTE’s application in May 2017 without prejudice, meaning although the company did not demonstrate a public need for a combined-cycle plant off Lake Road in Dayville, developers were free to reapply in the future…

Tony Sheridan, President & CEO of the Chamber of Commerce of Eastern Connecticut, says the Siting Council “made the right call”:

The Connecticut Siting Council made the right call in approving the Killingly Energy Center. As the state’s independent regulatory authority with jurisdiction over siting energy and telecommunications proposals, the siting council is charged with balancing the need for adequate and reliable public utility services at the lowest reasonable cost with the responsibility of protecting the environment and ecology of the state.

After years of careful consideration and thoughtful deliberation, the siting council approved the Killingly Energy Center — a project that will not only provide substantial economic development but also a cleaner, more reliable and more affordable source of energy that Connecticut and the New England region so urgently needs.

The Killingly Energy Center will be one of the cleanest, most efficient natural gas power generation facilities in North America, using state-of-the-art technology that will allow it to operate 25 percent more efficiently than the average electric generator in Connecticut. The facility’s operation will also help displace older, higher-emitting oil and coal-fired plants — and because natural gas facilities have the ability to ramp up quickly, they support the integration of additional renewable energy sources, such as wind and solar…

Together, this will reduce emissions significantly and help improve air quality across Connecticut and New England.

In addition to these environmental benefits, the Killingly Energy Center will bring significant economic benefits to our state. NTE is committed to bringing into Connecticut $700 million in private funding to construct and operate the KEC. That is $700 million of out-of-state private capital in a state anxious for new investment. And unlike businesses that so often seek public funds and taxpayer dollars, NTE is not looking for any state incentives or financing.

For the town of Killingly, the Killingly Energy Center will be the town’s largest property taxpayer, paying over $110 million to the town and local fire district over 20 years. A $5 million lump sum community environmental benefit payment, meanwhile, will support community projects and scholarships for local students. These substantial economic development benefits come without the need for major municipal services or new infrastructure. No new schools, hospitals, or roads, for example, need to be provided by local government.

Approximately 600 construction jobs will be created over the three-year construction period, along with about 20 full-time, well-paying jobs once the facility is operational. NTE Energy has also committed to partnering with the building trades to provide students at Killingly’s Ellis Technical High School with direct access and work opportunities on the construction of the Killingly Energy Center.

Editor’s Note: Reality strikes in Connecticut, just as it did in Los Angeles where the Mayor, while motor-mouthing about his own version of a Green New Deal, is quietly pushing a new natural gas plant absolutely necessary if he is to make any progress whatsoever.