[Editor’s Note: Attorney Chris Denton from Upstate New York confesses that he has returned to being a conservationist, a reformed environmentalist.]

Having grown up at West Point, New York, in the 1950’s and the 1960’s, I witnessed the attempt to rip apart Storm King Mountain for a pumped storage power plant. I, like everyone in that part of the Hudson Valley, was aghast at the thought of ruining that magnificent mountain whose name sounds like an epic poem. Growing up on the Hudson River, I loved the water and the mountains.

When I attended college I studied chemistry, geography, geology and ecology as an adjunct to my study of the world history, especially how communism had affected Russia and China.  I was fascinated by how history and ecology overlapped. After college, I became a lifetime member of both the Outing Club and the Canoe Club of my college.

In law school I actively participated as a member of the Environmental Law Society. I joined the state chapter of the Sierra Club where many long time conservationists had begun to morph into environmentalists, who stepped up to support the Clean Water Act, the Clean Air Act, and the formation of the EPA, not to mention the enactment of the New York State Environmental Quality Review Act. I served on the Executive Committee for a number of years after law school.  I co-founded the Atlantic States Legal Foundation which would sue polluters for 40 years thereafter.

So, what happened? Somewhere along the line the movement lost sight of its roots in conservationism and conservation’s rational and deliberate style of contemplative thought coupled with a determination to weave preservation and conservation into a working ecological process where the natural industriousness of humans and their need to use the natural resources of this planet were tempered by a combination of compassionate capitalism and a limited regulatory framework that restrained greed, but not innovation and profit, where government ‘checked’ our worst excesses and encouraged our best instincts.

What started in the 60’s and 70’s as an admirable transformation of the successful economic model of conservationism, became, by the end of the century, a dogmatic and neo-Marxist environmentalism, which came to loathe capitalism and its concomitant constitutional government. Rights which protected each person’s ability to advance their learning, economic security and freedom from tyranny, were rejected for a claim that a centralized, one party system, top loaded with ‘experts’ should tell every citizen what was good for them and how each must make the world better by sacrificing all their personal self-interest for the good of the environmental state.

This has become a new religion, one which was not founded on universal and long held principles but which would be governed by the subjective pronouncements of the new priesthood of bureaucratic ‘experts’, financed by progressive tax-exempt foundations, trust-fund-babies, and ‘woke’ corporations who have not read the history of Maoism and Leninism, a party to whom disloyalty brings a threat of social cancellation or exclusion from the benefits of free speech and assembly. Blasphemers and apostates are condemned socially and economically as infidels and unbelievers, who are therefore against the Earth and all its life, where humans are not considered part of the ecosystem, and where the Earth would and should be better off without us. Depart from the party line and out you go.

I hear you thinking that this is all hyperbole from an apostate. I have survived the transition. I have walked the walk and talked the talk. I have reviewed hundreds of solar and wind leases only to discover that they are more rapacious than any oil and gas lease that I ever examined.  I have witnessed the mono-minded focus on CO2 and global warming while billions of gallons of sewage are dumped into the Hudson by New York City, while forests are clear cut for wind turbines and 200 foot wide power line easements, and while farm land is despoiled by massive 1000 acre solar ‘farms.’

I have stood in disbelief as great swaths of open country are transformed into 700 foot high wind turbine forests of bird and bat killing machines which freeze up in the Winter and shut down in high winds and which provide only limited and intermittent power, while we shut down reliable base load carbon neutral nuclear plants. Yet, we allow in the same breath China and India to increase the construction and operation of coal fired power plants and grant them a “pass” on CO2 and methane emissions. 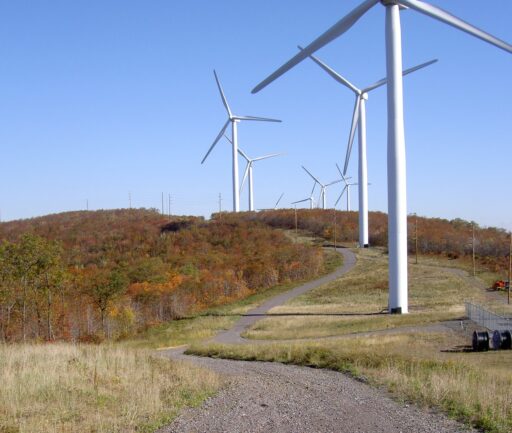 Oh, I still believe that solar and wind power may have an idiosyncratic use to supplement personal or agricultural on-site use, but not for electric generation on an industrial basis which destroys farmland, forests, eagles, migratory birds and bats, habitats, and innate scenic beauty, and not when it causes electromagnetic interference, infrasound, turbulence, micro-climate change, and flicker which have profound physical and psychological effects on humans, and not when they are built and subsidized for investment companies and not the communities in which they are located, and not when little or no attention is paid to the cumulative and profoundly adverse environmental and social impacts of this massive nationwide construction project.

Where do we go from here? The application of existing standards of environmental review to industrial wind and solar with the same rigor and skepticism as have been applied to oil and gas would be a good start. A return to conservationism and a rejection of the politicization of science would be another step in the right direction.

Concurrently, we, as a culture, ought to stop accepting the opinions of any ‘scientist’ who steps forward in the political arena.  We need to retrain ourselves to examine the scientist’s methodology and the data obtained from it so that we may draw our own conclusions.

We ought to abandon our conceit that we, as humans, can and will know everything, and that as a consequence will have the ability and wisdom to control our environment.  “Trust the science” is a canard.  Science is neither trustworthy nor itself capable of trusting.  Science is but one methodology for recording and examining the observable phenomena of the world .   It is neither God nor Gospel.

That being said, the scientific method when properly performed, is nevertheless, one of the most successful forms of examination of the natural world and ought to be honored accordingly, but with the caution that all things human are subject to human frailties and abuse, and that we can only succeed as a species when we have the humility to acknowledge that we can and often do make mistakes and that we therefore must have the courage and diligence to correct those mistakes. Our rejection of the principles of conservation in favor of the radical and anti-human religion of neo-Marxist pseudo-environmentalism is one of those mistakes which we can and ought to correct.

Editor’s Note: My experience, as some readers know, has been very similar to that of Chris in the sense that I, too, consider myself a reformed environmental reconverted to conservation or ‘wise use.’ It stands in sharp contrast to what’s happening today, as articulated so well above. I also agree wholeheartedly with his observations on what Hayek labeled the ‘Fatal Conceit.’ It is the self-delusion that being smart in one thing makes us tend to falsely imagine we are experts in all things. It lies at the root of so much human error and only humility gained the hard way can cure it.