Pennsylvania’s Commonwealth Court just decided a case in Allegheny Township, Westmoreland County, that strikes a blow for common sense in applying the law.

The case has an impossibly long name, so I’ll just refer to it as “Allegheny Township.” You can find my highlighted version of it here. It’s 69 pages, but quite readable in most part. It’s an important case because it’s likely to be appealed to the Pennsylvania Supreme Court, which is highly political these days. The very cogent nature of the opinion, which was decided by a vote of five to two by the seven members of the court who participated, will, I hope, convince the Supremes to either not take the case or rule likewise.

The essence of the decision is that municipalities in the Commonwealth are free to plan and zone for natural gas development. Contrary to the views of the Delaware PovertyKeeper and like-minded de-growthers, the Environmental Rights Amendment does not prevent a township from accommodating such development. It’s also a reiteration of a basic principle; that protestants have the burden of proof when they seek to trim or takeaway the property rights of others. Mere speculation of harm is never enough.

Dolores Frederick, Patricia Hagaman, and Beverly Taylor (collectively, Objectors) appeal an order of the Court of Common Pleas of Westmoreland County (trial court) that affirmed the decision of the Allegheny Township Zoning Hearing Board (Zoning Board) to deny Objectors’ land use appeal. In that appeal, Objectors raised a substantive validity challenge to Zoning Ordinance 01-2010, which supplemented the Township’s Zoning Ordinance to allow oil and gas well operations in all zoning districts so long as they satisfy enumerated standards designed to protect the public health, safety and welfare. Pursuant to Zoning Ordinance 01-2010, the Township issued a permit to CNX Gas Company (CNX) to develop an unconventional gas well on property located in the Township’s R-2 Agricultural/Residential Zoning District (R-2 Zoning District).

Objectors assert that Zoning Ordinance 01-2010 improperly instituted illegal spot zoning in violation of substantive due process; does not comport with the Environmental Rights Amendment in Article I, Section 27 of the Pennsylvania Constitution; and contravenes several provisions of the Pennsylvania Municipalities Planning Code (MPC). Consequently, Objectors contend, the CNX permit was improperly issued. After review, we affirm.

The full opinion follows the case from the Allegheny Township Zoning Hearing Board, which did a superb job, through an appeal to the Westmoreland County trial court. It then delivers a very practical argumentation of the law. 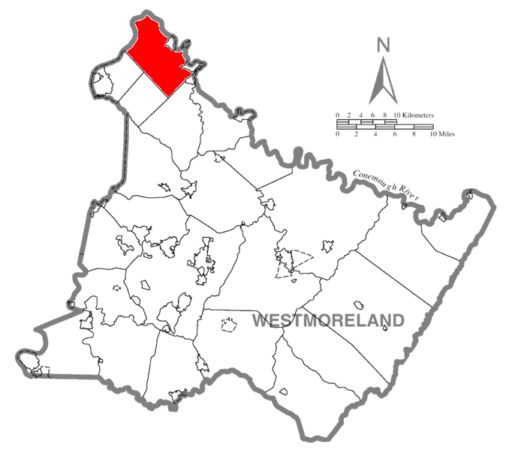 The objectors used very poor experts, including Dr. John Stolz, a Heinz-funded purveyor of fractivist research, who apparently embarrassed himself with his testimony. Ultimately, their testimony was rejected as not credible, a decision the Commonwealth Court upheld for good reasons.

The conclusion reached by the five-member court majority sums it all up (emphasis added):

That oil and gas drilling is authorized in every zoning district in the Township does not mean that it will take place anywhere or everywhere. The setback requirements in Act 13 remain in effect and they are significant. Section 3915(a) requires a minimum setback requirement of 500 feet from any building. As noted by Chief Justice Saylor, one acre is 208 feet by 208 feet, which limits unconventional wells to undeveloped tracts or lots greater than two acres in size. The Zoning Board specifically found the 500 foot buffer from an existing building or well, alone, eliminated more than 50% of Township land from unconventional gas well development.

Zoning Ordinance 01-2010 limits the constitutionally protected property rights of Township residents, including the Slikes, by imposing conditions on the use of their land for oil and gas development. We must presume that the Township’s Board of Supervisors “investigated the question and ascertained what is best for … the good of the people[ ]” when it enacted Zoning Ordinance 01-2010. Whether Zoning Ordinance 01-2010 “is wise or whether it is the best means to achieve the desired result are matters left to the legislature, and not the courts.” The Township did not have to enact zoning regulation; a fortiori, it does not have a duty to enact a zoning ordinance that imposes more restrictions upon the property rights of those with mineral estates to develop.

As observed by the Zoning Board, it is the Commonwealth’s duty to regulate “how” gas drilling is conducted to protect Pennsylvania’s waters and air from degradation. By contrast, local governments regulate “where” oil and gas operations will take place with zoning ordinances. In this regard, the choices made by the Township in Zoning Ordinance 01-2010 must be affirmed unless clearly arbitrary and unreasonable. Even where the question of reasonableness is “debatable, the legislature’s judgment must control.” Objectors’ proper recourse is to elect a different board of supervisors to achieve their objective of keeping oil and gas drilling out of the R-2 Zoning District.

Objectors’ objectives in this litigation are confounding. Were they to succeed in invalidating Zoning Ordinance 01-2010, then they release oil and gas operators from the ordinance conditions that relate to noise, lighting, hours, security and dust. Absent Zoning Ordinance 01-2010, CNX’s permit could be invalidated. However, CNX would no longer need a “zoning compliance permit” to operate the Porter Pad.

These arguments are compelling common sense. But, that doesn’t mean the Supreme Court will necessarily buy them. They are a political bunch and if you want to understand the risk, read the dissent of Judge Ellen Ceisler, a Philadelphia Democrat with absolutely no appreciation for rural life. Here’s a sample:

In essence, the recent hydrocarbon extraction boom, which is occurring throughout portions of this Commonwealth that overlay the Marcellus Shale Formation, stands ready to wreak havoc of similar class and character as those booms which stripped our forests bare, hunted our wildlife to near-or-actual extinction, and poisoned or scarred our air, land, and water. It is incumbent upon all levels of Commonwealth government, by virtue of the trustee responsibilities imposed by the Environmental Rights Amendment, to ensure that this potential does not become a reality.

This language, of course, is no scarier than that used by Republican Chief Pennsylvania Supreme Judge Bastille when he bid for an environmental legacy as a part of his infamous Robinson swan song decision, but that’s the problem, isn’t it? The Commonwealth Court has given us common sense, but will it hold at a Supreme Court where politics reigns?

One thought on “Commonwealth Court States Obvious: Allegheny Township Can Plan for Gas”