Proposed Federal coal and nuclear energy subsidies unite everyone else, forging a natural coalition of natural gas and renewables so many try hard to avoid.

Eleven very diverse energy trade groups (the Energy Trade Associations) have weighed in with FERC against the DOE’s nuclear and coal subsidy rule (a/k/a guaranteed profit rule), which DOE calls the “Grid Resiliency Pricing Rule.” The diversity of the group is notable and speaks volumes; it includes renewable energy groups, oil and gas groups, electricity consumers, rural electric cooperatives, and natural gas pipeline interests. Everyone but coal and nuclear groups of course who would be the recipient of the public largesse should the NOPR become law.

The Energy Trade Associations’ main complaint is that the DOE is attempting a cram down. DOE’s demand of a 60-day turn-around time for such a sea change in energy policy is unreasonable, unjustified and legally unsupported they say. There’s no reliability emergency and no expert (for example the North American Reliability Council or NERC) even hints that there is one. In fact, both NERC and DOE have recently released report “categorically concluding that there is no reliability emergency.” 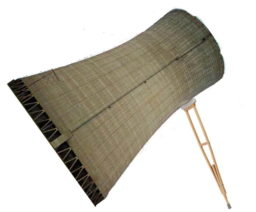 They also say that the DOE’s citation of Section 403 of the DOE Energy Organization Act to support the demand for a 60-day clock is bunk. That section specifically says that FERC is to take action on any proposed DOE rule expeditiously but in accordance with reasonable time limits. They add that the time frame DOE outlines is unreasonable on its face.

In perhaps multiple levels of understatement, they say that:

“This is one of the most significant proposed rules in decades related to the energy industry and, if finalized, would unquestionably have significant ramifications for wholesale markets under [FERC’s] jurisdiction. When agencies consider a proposed rule that could affect electricity prices paid by hundreds of millions of consumers and hundreds of thousands of businesses, as well as entire industries and their tens of thousands of workers, such as the proposal in question, it is customary (indeed it is a statutory requirement, but for an extraordinary showing that DOE fell well short of here) for an agency to allow time for meaningful comments to be filed in the record so that the agency can make a reasoned decision thereon.”

They point to not only the DOE demanded 60-day clock but to DOE’s demand that FERC complete the final rule just 15 days after the end of the proposed comment deadline and the 15-day deadline for RT.Os to submit compliance filings after the rule becomes effective as being ridiculous. They also note that there is no justification at all for DOE’s demand that FERC impose an interim final rule if it cannot meet the 60-day clock.

The Energy Trade Associations ask FERC to reject the unilateral deadlines DOE tries to impose on it and to allow at least 90 days to for comments and they also ask for a technical conference to be convened prior to the comment deadline.

The DOE’s proposed nuclear and coal subsidy rule has plenty of folks in the energy space engaged and exercised and there will be plenty of substantive comments on the merits or demerits of the rule as time goes on.

This filing is interesting because it forces FERC to focus on, or at least think about, what really amounts to a Constitutional question of the relationship between the Executive Branch and an independent federal agency. FERC self-identifies, as an essential matter, as an “independent federal agency“and that is a critical and important point for FERC, for the federal system and for all of us.

Even if one does not concede that it’s a Constitutional issue, it’s certainly an issue of comity as between the Executive Branch and an independent federal agency. Here, though, DOE’s timing demands are so problematic that FERC can likely grant the Energy Trade Associations’ requests without the need to talk about DOE’s flexing of its muscles.

Mike Krancer is a Principal and Co-Founder of Silent Majority Strategies LLC, an energy focused communications, permitting strategy and messaging strategy firm active in the Appalachian Basin on a variety of state and federal messaging, permitting and regulatory matters.