CO2, to the extent it’s an issue at all, is being addressed in a big picture way by natural gas, but too many who say they want a solution refuse to see.

Brian Brock’s recent letter in our local online paper (“Renewables, Not Gas, The Cleaner Way To Go“) misses the forest for the trees. In citing a one year (2018) up-tick in U.S. energy-related CO2, he conveniently skips the long term role of gas in lowering emissions. A week earlier the Energy Information Agency’s three decade (1990 — 2021) emissions report shows CO2 emissions dropped to 1990 levels as shale gas replaced coal at power plants. Before shale, coal generated 56% of our electricity. Today, it generates 24%, with projections of 21% in 2021. This in spite of our population’s growth and our economy’s expansion. Wind and solar contributed but natural gas was the driver.

Here’s why. Gas is cheap. Gas scales up easily to replace coal in an industrial society. Mr. Brock and the “No Gas! No Way!” folks ignore these facts and dismiss a realistic option in reducing greenhouse gas. Instead they support government (Governor Cuomo’s) multiple schemes to force New York ratepayers to pay higher prices for expensive subsidized and/or mandated renewable-powered electricity. They miss the Big Picture. 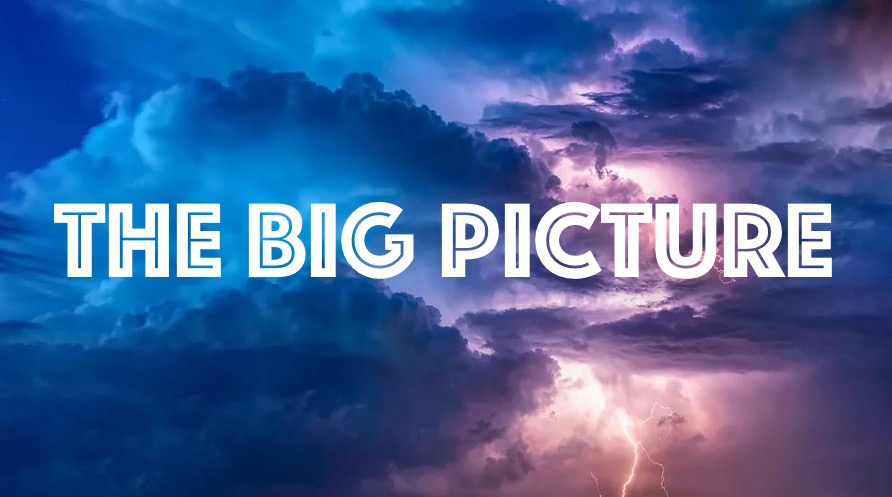 Energy needs are growing fastest in the Third World. The people of China and India hunger for the same amenities afforded in the West — TVs, refrigerators, washing machines, computers, air conditioners, new homes and infrastructure — all powered by electricity. In the Third World that electricity has been and will continue to be generated by coal. Coal emits twice the CO2 of natural gas. Currently China alone emits more CO2 than the United States AND the EU combined.

The two largest coal companies in the world, China Energy Investments (Shinhoa Group) and Coal India are both state controlled and under their countries’ political leadership. At the Paris Accords that leadership carved out a ten year waiver on emission goals and only a “promise” to set goals in 2030. They are unburdened by treaties. And China and India aren’t the only emerging nations with energy needs. How about Indonesia? Brazil? The continent of Africa?

Natural gas offers an option. It’s competitive in price with and emits half the CO2. It has transformed the energy structure of the United States. It can work elsewhere. We have the gas; other countries have the need, yet Mr. Brock and the antis oppose the pipelines and LNG terminals that could make exports possible.

Here in New York, Mr. Brock and his fellow gas deniers oppose drilling, pipelines, gas-fired power plants, or any upgrade to existing infrastructure. They’re against the Constitution Pipeline, a pipeline that would bring cheap Pennsylvania gas to Upstate towns, New York City, and New England. About half the homes in chilly New England are heated with oil. Consider the possibility of Pennsylvania gas (one third less CO2) replacing that oil.

Locally, the antis are against upgrading the NYSEG gas line serving Oneonta. This upgrade would safeguard winter shortfalls and would meet the stated needs of companies wishing to expand or relocate here. That would mean new jobs, new opportunities to help stem the outflow of young families whose children populate our schools and bring vitality to our communities. The lack of opportunity drives young families elsewhere. However, if any part of a solution involves affordable energy from gas, Mr. Brock and company are against it. Period. They oppose it in the name of climate change.

Let’s get real. Banning gas and gas infrastructure in our little corner of the world may satisfy a need for virtue signaling but will do little to decrease worldwide emissions. China, India, and the rest of the emerging world will continue to electrify, using the cheapest fuel possible. In most parts of the world, that’s coal. We, in turn, should use gas (and renewables, where practical) to continue the erosion of coal-based generation here. Gas exports would meet needs elsewhere These tangible steps would make a difference . . . if the politics would allow.

13 thoughts on “CO2, The Big Picture No One on the Fractivist Fringe Can Apparently See”