The CO2 emission rate has resumed falling, according to the Energy Information Administration, a fact undeniably the result of America’s shale revolution.

CO2 emitted by fuel use bounce around a bit but the long-term trend is still down, with 2019 being projected by the Energy Information Administration (EIA) as another year of decline as natural gas is substituted for coal and oil. CO2 has been on a long journey downhill ever since the onset of the shale revolution, in fact. 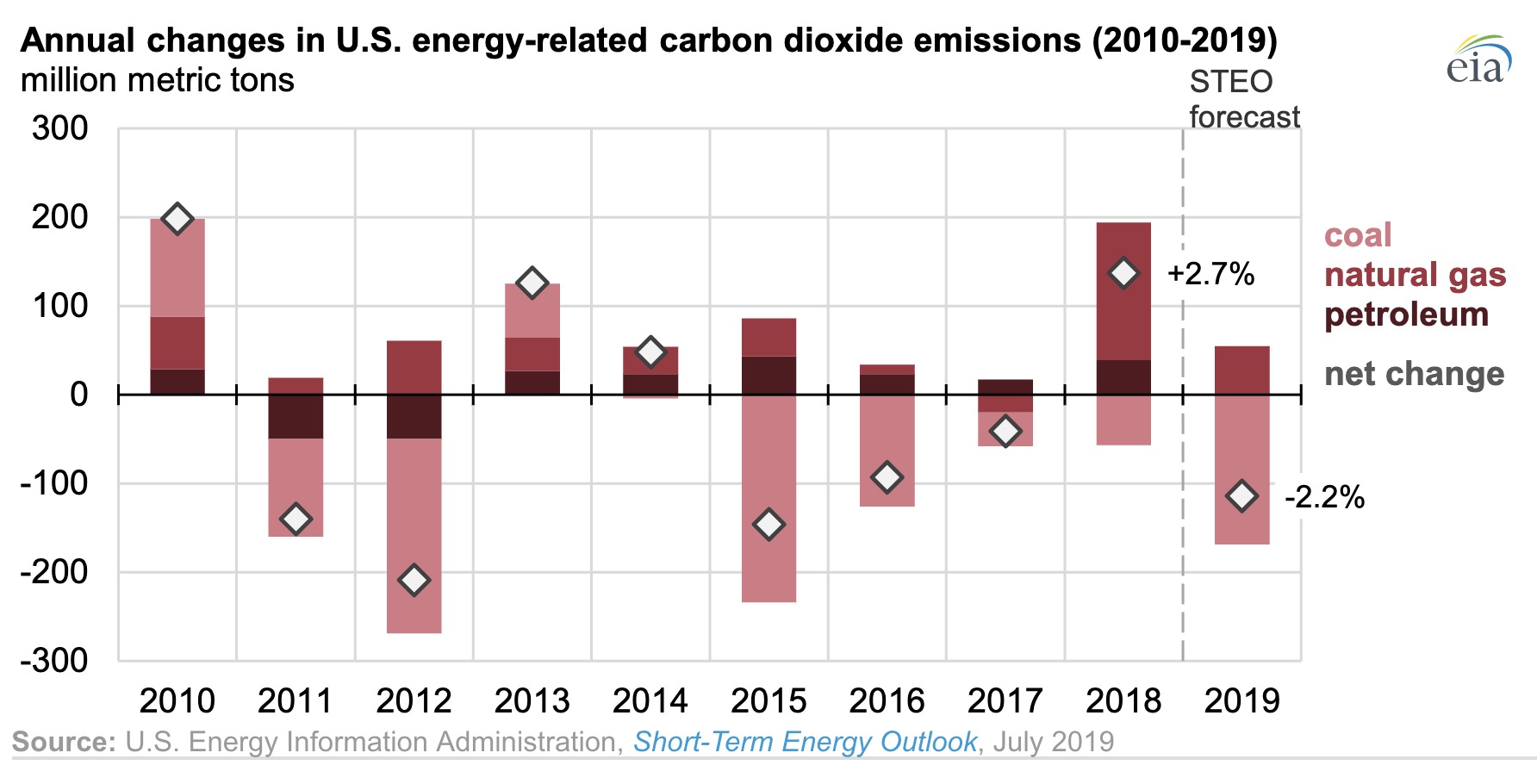 The first quarter of the year is typically the period with the highest CO2 emissions in the United States, and therefore, heavily influences the overall annual trend. In the past 30 years, only 6 years have had an overall annual emissions trend that was different than that of the year’s first quarter. If EIA’s emissions forecast is realized, 2019 will be the seventh such year, with overall emissions decreasing from 2018 values despite a first-quarter increase. 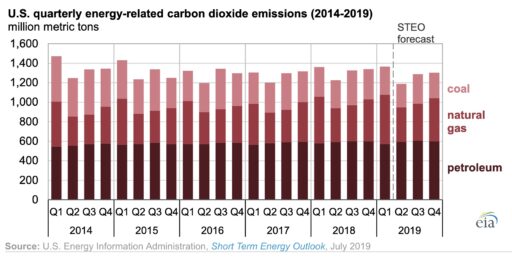 For the remainder of the year, EIA expects that relatively mild forecast temperatures will keep energy demand and resulting energy-related CO2 emissions below last year’s levels. EIA’s expectations for weather are largely based on forecasts produced by the National Oceanic and Atmospheric Administration’s Climate Prediction Center.

EIA forecasts that CO2 emissions from coal will decrease by 169 MMmt in 2019, the largest decrease in CO2 emissions from coal since 2015. Conversely, EIA projects CO2 emitted from natural gas to increase by 53 MMmt. Both changes are largely due to forecast changes in the electricity generation mix as natural gas continues to grow as the most prevalent electricity generation fuel. 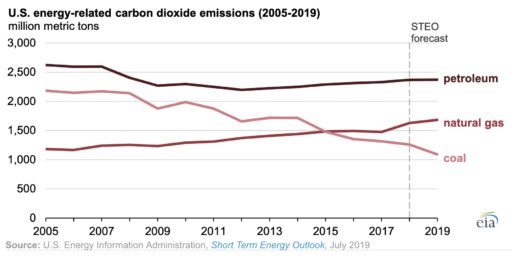 Because the electric power sector consumes nearly 92% of the coal used in the United States, expectations for both overall lower electricity demand and a lower share of coal-fired electricity this summer lead EIA to forecast lower coal CO2 emissions.

EIA expects that CO2 emissions from petroleum consumption, which has risen in each of the past six years, will be virtually flat in 2019. Petroleum made up nearly half (45%) of energy-related CO2 emissions in 2018.

Although, this EIA story doesn’t discuss it, natural gas in the form of CNG and LNG is also being substituted for petroleum, which also has more CO2 than natural gas. Natural gas consumed for vehicle use, for example has grown 90% since 2005, 51% since 2010 and 23% since 2014. Natural gas is also replacing fuel oil in places such as New York City where it is saving lives and the health of thousands of New Yorkers with asthma conditions, while also reducing CO2.