Climateers, Richard Downey says, are not being truthful when they pretend anything other than natural gas is going to address what they say needs to happen.

Adrian Kuzminski’s June 13/14 column “If Facts Can’t Defuse Deniers, What Can?” opens with the passage from the New Testament where Pontius Pilate asks Christ, “What is Truth? (John 18:38). This is an eternal question, always relevant, especially today. The column devolves into an attack on “Climate Change Deniers,” people skeptical of the dogma and prophecies of “the Climateers.” Climateers would have us make a sharp U-turn off the fossil fuel highway to follow the Yellow Brick Road of renewables.

First, let’s be clear. Climate changes. It always changes. The fossil fuel we feud over gives testimony to eons of changing climate. Climateers say this time it’s different. Man’s use of fossil fuels is the cause of climate change and the end is near! For argument’s sake, let’s accept this premise. What do we do about it? How do we decarbonize, keep economies running, and maintain (and upgrade) a modern standard of living for all? What is Truth (reality)? What is wishful thinking (fairy tales)?

The quickest path to less CO2 in the atmosphere is to substitute gas for coal in electric generation. Both are cheap but coal -fired generation emits twice the CO2 than gas per unit of energy. Substitute gas for coal (or oil) and the gains are immediate; CO2 emissions drop dramatically. Climateers complain that this is just substituting one carbon emitter for another. True, the but the perfect (not attainable anytime soon) shouldn’t stand in the way of the good. Witrh and cost as factors, gas is “the good.”

Consider this: officials in New Delhi, India, noted an alarming spike in electricity use in the late afternoon and after midnight. Investigation found that kids coming home from school turned on the air conditioning. Adults did likewise when they went to bed. India’s 1.3 billion population, with a burgeoning middle class, is the fastest growing market for AC in the world. To meet the current trend in demand, India would have to build 100 more coal plants by 2030 just to service just their AC needs. (WSJ, 11/24/18) That’s a lot of CO2 emissions. Rest assured, other energy consuming goods are flying off the shelves in India as well. More CO2 emissions. 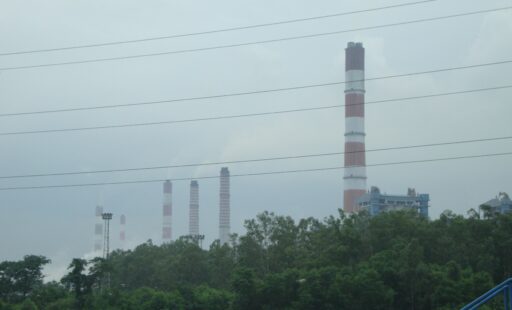 China, more economically advanced than India, projects a build-out of 700 coal fired plants to service consumer and industrial needs. (Forbes 1/19/19) Think the situation is any different in Indonesia? Brazil? Africa? According to Mining.com 1,600 coal-fired plants are expected to be built in 62 countries before 2030. The International Energy Agency (IEA) projects 67% of the energy growth will be in the developing countries by 2040.

Anyone who thinks we can power modern economies in the near future with wind, solar and hydro without gas as a long term bridge fuel is a “Reality Denier.” In spite of dire headlines, our world is getting more affluent, literate, and urbanized. These emerging populations want the same creature comforts we enjoy in the West. To afford these amenities and to power their industries they will most likely use coal. They will not be denied.

Nor should they be. However, there’s gas available, the one energy source that has proved its affordable decarbonization value over the last decade. As the Paris Accord nations gather this week, the United States is the one industrialized nation on target to meet its 2030 emissions goals . . . ten years ahead of schedule. (NPR, On Point. (6/19/19). No surprise here. The Energy Information Agency (EIA) has reported the substitution of natural gas for coal has reduced emissions to levels not seen since 1986. (EIA Energy Report 10/29/18) This was done while the population grew by 85 million, with more energy use per capita, and with an expanding economy. EIA data shows coal’s percentage of power generation has fallen from 58% before the Shale Gas Revolution to a projected 24% by 2020. (EIA 1/18/19)

Renewables contribute to coal’s replacement but renewables cost more than emerging nations are willing to pay. Price counts and gas meets the the price criteria. Not much different in Otsego County, NY, where Climateers are trying to zero out gas development. Last week the Otsego Chamber of Commerce gave them a reality check from the real world, telling them that gas must be part of the energy mix.

Facts, Mr. Kusminski, facts! Until there is cost-effective, wide-scale battery storage for renewables, gas generated electricity is the best reality-based solution for attacking CO2 build-up in the atmosphere. That’s a fact! That’s the Truth!

But take heart, Climateers, it’s all good. According to John 8:32, “You shall know the Truth, and the Truth shall make you free.”

3 thoughts on “Climateers: If You Mean It, You Should Love Natural Gas”