Climate serfdom is what is being proposed by those who would make us solely dependent on renewables for our energy, but that’s what some want politically.

The political world is saying “no” to policies that make energy less available, more expensive, less reliable, and more intrusive. Hyperbole of peak demand is going the way of Peak Oil as the hydrocarbon production boom creates its own demand. 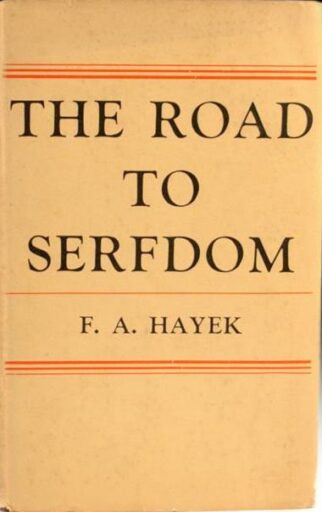 In fact, growth in carbon-based energies in the last 30 years almost matches the total production of these three subsidized renewables, according to statistics compiled by the U.S. Energy Information Administration.

Overall, the market share of carbon-based energy is a robust 80 percent US and 85 percent globally. This percentage will increase, not decrease, should subsidy fatigue and grassroots pushback against land-intensive solar and wind installations grow.

But rather than check their premises (mineral energies are winning for inherent reasons), climate activists find themselves arguing not only against market capitalism but also democracy and the self-interested preferences of everyday people.

“Capitalism is destroying the Earth,” a columnist in The Guardian states. “Ending climate change requires the end of capitalism,” another Guardian piece exclaims. But this is only the beginning.

Edward Luce, US national editor of the Financial Times, opines that “Democracies are ill-suited to deal with climate change.” Harvard University’s Naomi Oreskes recently recommended a media blackout of industry views in favor of those of climate activists.

“The fossil-fuel industry exploited the journalistic ideals of fairness, objectivity and particularly the idea of balance to manipulate journalists into presenting what was essentially propaganda,” Oreskes argues. Censorship is called for.

All previous electronic media – radio, telephone, television – have been regulated. There’s absolutely no reason why this newest form should not be regulated. And people who cry “free speech! free speech!” are ignoring history.

So who would regulate the regulators? Imagine all the lobbying shops in Washington, DC, determining what can be said about climate physics, climate models, and climate economics—and “good” energy and climate policy.

Short of censorship, fooling the public seems to be part of the climate playbook. Climatologist/activist Andrew Dessler tweeted:

Economists love transparency. Rational actors want to know exactly how much everything is costing them so they can make optimal decisions about allocating resources. In politics, though, transparency is a negative. If you open your electricity bill and it says “Carbon tax: $20”, it’s hard to argue that it’s not costing you $20.

A politician can then come along and say, “This $20 tax is killing our economy and costing us jobs — we need to repeal it” and a lot of people will agree. That makes it hard to enact and sustain such a policy.

From a political standpoint, a more opaque policy is actually superior [because] … you have no idea how much it costs. Politicians can argue that it’s costing a lot, but other people can argue the opposite … who’s right?

Opaque policies should be easier to enact and safer once implemented. I think economist’s love of market-based solutions to climate needs to meet the reality of politics.

Can a political candidate or party be honest and open given the pay-now proposition of regulating carbon-dioxide (CO2) emissions? “I don’t know how you talk about it and be truthful and also win votes,” lamented one professor of environmental politics.

The above goosesteps down the climate road to serfdom is not new. Back in 1954, ecologist Harrison Brown opined:

It seems clear that the first major penalty man will have to pay for his rapid consumption of the earth’s nonrenewable resources will be that of having to live in a world where his thoughts and actions are ever more strongly limited, where social organization has become all pervasive, complex, and inflexible, and where the state completely dominates the actions of the individual.

This quotation, resurrected by Paul and Anne Ehrlich and John Holdren in their 1973 treatise, Human Ecology (p. 388), is but one example of the Malthusian/neo-Malthusian virus that has predicted doom for mankind against the alleged limits to nature for centuries.

Free-market wealth-is-health and market anticipation of and adaptation to weather extremes and changing climate, natural or anthropogenic, is the clear direction for energy and climate policy.

Julian Simon noted that “human creation is greater than human destruction, in the sense that our environment is becoming progressively more hospitable to humankind.” Continuing:

The movement away from equilibrium is a movement toward safety and sustenance. The progress carries with it some undesirable features for a while, but eventually we get around to fixing them.

Alex Epstein has also emphasized in The Moral Case for Fossil Fuels (p. 126) how “the popular climate discussion has the issue backward.”

In fact, the statistics of weather, climate, and general welfare indicate that the world is getting better, not worse, for the great majority of people. Climate-related deaths have fallen precipitously in the last century, a time when atmospheric CO2 concentrations increased by nearly one-third. In terms of general human progress, the last decade was particularly remarkable.

The alarmists are just about out of tricks in their quixotic quest to substitute inferior, stifling energies for better ones—and give government carte blanche in the process.

It is high time to exit the climate road to serfdom; to climate serfdom. Would-be President Bernie Sanders might be ready to nationalize the energy industry, while climate campaigners lobby to restrict free speech and otherwise try to fool voters. But for civil libertarians, economic conservatives, and classical liberals, exposure, education, and denunciation are in order.

Editor’s Note: The “Road to Serfdom” and “The Fatal Conceit” by Hayek are must read books for anyone who wants to understand the danger we face from Green New Deal “solutions.” The “Constitution of Liberty” is also great.

3 thoughts on “Climate Serfdom Is No Future, It’s the Road to Destruction”