Roger Caiazza employs his experience to dispense some common sense on climate science, which has been heavily abused in the hands of green ideologues.

In this post I explain why I think that your direct experience should guide your opinion on global warming climate science.  You may not be a climate scientist but your personal experiences enable you to judge the certainty of the climate claims popularly heard. 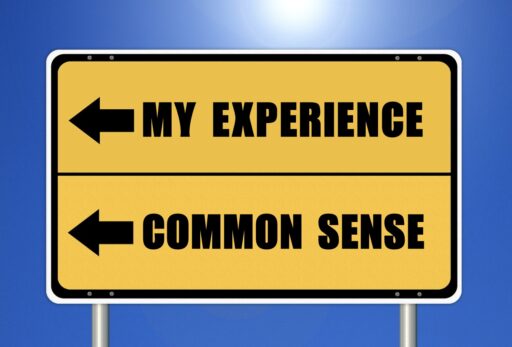 There are a couple of ramifications of what you already know about this greenhouse effect fact.  On clear nights cooling can occur at about 3.4 deg F an hour while on an overcast night cooling is only about 0.5 deg F per hour.  Global average temperature was on the order of 2.5 deg F warmer in 2017 than in 1850.  If all the warming since 1850 was due to greenhouse gases, then that warming is less than one hour of a cloudy night as opposed to a clear night. Therefore, clouds have a much stronger effect on temperature than greenhouse gases.

Predictions of a climate emergency are based on climate science prediction models.  Remember weather is what we feel over short periods and climate is how the atmosphere acts over longer periods of time, i.e., decades.  Observant weather-wise people understand the uncertainty of forecasts for different time periods.

Obviously, a 24-hour forecast is more reliable than a seven-day forecast.  You know that longer term weather forecasts are not as reliable because you have observed that.  The fact is that the physical relationships for forecasting weather and climate are the same.  There are differences but the inescapable conclusion is that climate forecasts for one hundred years from now are much less reliable than weather forecasts.

Although people like to say that the weather forecasting profession is the only one that lets you be wrong much of the time and still have a job, the reality is that weather forecasts have improved markedly over time.  When I graduated in 1976 with a master of science degree in meteorology, three to five-day forecasts were much less accurate than they are today.  In no small part that is because weather forecasters are constantly verifying their predictions against observations.

If the forecast is radically wrong then the data are re-evaluated and the modeling parameters are reviewed.  Testing a new modeling variation with the data from the period when the old model forecast failed to test improvements and then implementing the revised modeled is a constant process.  Obviously, a 100-year climate forecast cannot be tested the same way.  It is just not possible to improve climate science models much because they cannot be tested frequently enough to make a lot of improvements.

Another aspect of forecasting that observant folks understand is the effect of clouds on forecast reliability and usefulness.  Consider the uncertainty when the forecast is for scattered showers.  You know that you may get rain or just as likely may not and if your outdoor activity depends on dry weather that means a lot.  For numerous reasons it is not possible under many conditions to predict exactly when and where a shower may pop up.

The primary reason is that cloud formation is a process that takes place over a small spatial-scale – yards instead of miles.  Weather forecast models can incorporate the factors that cause clouds and precipitation into the predictions but not the small-scale factors that cause them at a specific location and time.

Residents of Upstate New York are very familiar with the forecast that lake-effect snow is going to occur “north of the Thruway”.  Even though forecasters run finer-scale models that are limited to areas immediately adjacent to the Great Lakes, they still can only predict that somewhere in that area there will be a snow band but not exactly where.

There are very serious implications of clouds on the climate forecasting models.  Because climate models have to predict over the entire globe, none of the physical processes that create clouds are incorporated into the models.  Instead the models simulate clouds by parameters which, to be kind, is simply the expert opinion of the model developer.  Don’t believe me?  Here is what Nakamura Mototaka says in Confessions of a climate scientist:

“Clouds are represented with parametric methods in climate models. Are those methods reasonably accurate? No. If one seriously studies properties of clouds and processes involved in cloud formation and dissipation, and compare them with the cloud treatment in climate models, one would most likely be flabbergasted by the perfunctory treatment of clouds in the models.

The parametric representations of clouds are ad hoc and are tuned to produce the average cloud cover that somewhat resembles that seen in the current climate. Can we, or should we, expect them to simulate the cloud coverage and properties in the “doubled atmospheric carbon dioxide” scenario with reasonable accuracy? No.”

I have described three aspects of global warming climate science that observant folks basically understand based on their personal experience.  We know that clouds cause great differences in temperatures.  Clearly weather forecast models that can be tested are more reliable than climate prediction models that cannot be tested for the relevant forecast period.  Even though weather forecast models have improved we know that they still don’t do as well as we would like for clouds and precipitation.

This all leads to the implication of the fact that the climate models do not do a credible job with clouds.  We all know that clouds have a big effect on the temperatures we observe.  If the climate models that cannot be tested do not simulate clouds correctly, why should we have much faith in the projections of inevitable, imminent climate emergency from those climate models?

I believe we should consider the results of climate models the same way we treat a forecast for a slight chance of scattered showers.  Based on our experiences we know that there are a range of potential outcomes for that forecast.  Clearly, those who claim that there is an inevitable, imminent climate catastrophe are stretching credibility.

While nothing here can lead to the conclusion that a catastrophic outcome is impossible, the uncertainty surely dictates that our response be carefully crafted. While it might seem prudent to act we must not forget  Ridley’s Paradox:  Economic damage from man-made ‘climate change’ is illusory whereas damage from man-made ‘policies’ to fight the said change is real.

Moreover, there is the potential that the current focus on a climate emergency is diverting attention that might be better spent on higher probability issues such as: global pandemics, antibiotic resistance, Carrington events, or, if you worried about truly existential threats with low probabilities, asteroid impacts.