What is the most we should take from a poor person to make somebody who is already four times as rich two-thirds of a percent richer yet?  Most of us would probably argue for zero.  If it does not seem fair to take anything from a poorer person to add less than one percent to the income of a much richer person, then you may need to rethink climate policy.

William Nordhaus, who is the only climate economist to win a Nobel prize, lays out the tradeoffs in the introduction to the model he created to analyze the impacts of CO2 emissions, climate change, and climate policy.  If we do nothing to address CO2 emissions, he projects that (after adjusting for inflation and climate damage) annual world per capita consumption will rise from $8,768 in 2020 to $36,819 in 2100 and to $95,981 in the year 2200.

Though I am sure even Nordhaus would not defend the precision of these estimates to five significant figures, other projections show income increasing by similar magnitudes.  For instance, though they only go to 2060, the OECD projects world inflation-adjusted GDP in 2060 will be more than two and one-half times that of 2020 GDP.

It is important to note that Nordhaus’s model uses a CO2 emissions profile that is widely regarded unrealistically too high.  That is, this future incomes with no additional CO2 policy not only account for future climate damage, they probably over-adjust for climate damage.

In reality, there will be no optimal world-wide carbon tax and there will be all sorts of other costly regulations.  This less-than-optimal set of policies reduces the benefit of taxing the poor—a worse deal all around.

Current policies to cut CO2 vary from carbon taxes to prohibitions on fossil fuel-powered electricity, to mandates for solar and wind power, to subsidies and mandates for electric cars.  These policies are bad enough in rich countries (though even the US, higher energy prices cause increased mortality) but can be unconscionably bad in poor countries.

One notorious example of climate policy’s burden on the poorest is the World Bank’s and the Inter-American Development Bank’s prohibition against financing even the cleanest, most modern fossil-fueled power plants.  In what verges on a cruel prank, both of these banks joined the Global Alliance for Clean Cookstoves. 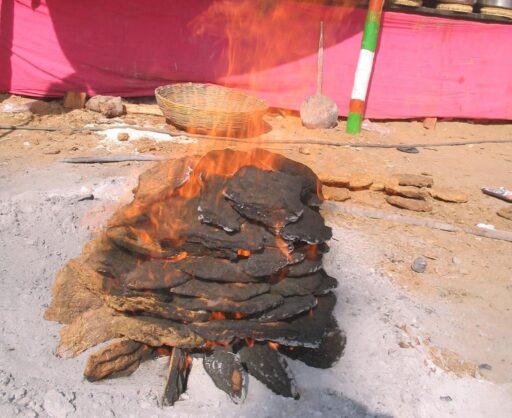 Instead of helping develop modern, reliable electric systems that would give the poor access to affordable electricity and eliminate that need for smokey in-home cookstoves that burn charcoal, wood, and dung, these development lenders substituted cookstoves that were intended to burn less charcoal, wood, and dung inside the homes of the desperately poor.  If the tradeoff of modern electricity for less dung smoke were not bad enough already, research shows the meager benefits of these “clean” cookstoves were fleeting at best.

The battle against global warming is, framed as battle for (along with a zillion other things) social justice.  Since virtually all adversity is harder for the poor it is a given that any adverse impacts of climate change will harm the poor more than the rich.  So, it is wildly ironic that climate policies at their very best will impose net costs on poorer people (those living now) to provide benefits for richer people (those living a century and more from now).  A real social-justice agenda supports more economic growth not less CO2.