Climate change arguments that start with “we’ve only got 10 years…” aren’t doing anything whatsoever for the planet. But, natural gas is doing lots.

The far left finally got something right when they started using the phrase “climate change”.  Not just because it covers all the opposing possibilities that they have been alternately trumpeting but because the climate is subject to frequent short-term fluctuations, which the far left can use to create the hysteria they crave. The far-left’s rhetoric tries to keep us narrowly focused instead of looking for context in the bigger picture. Let’s look at the bigger picture of Ice Ages and their opposite, the NON-Ice Ages for more insight on “climate change.” 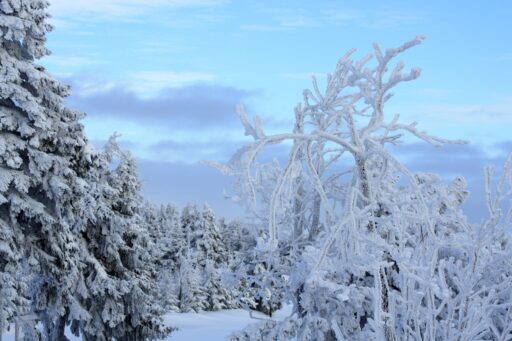 There have been at least five long-term Ice Ages in the Earth’s history, which means there were at least five major NON-Ice Ages.  The war on natural gas has, at its base, the far-left’s hysteria about global warming (the Earth moving toward a NON-Ice age).  Unfortunately, the phrases global warming/ global cooling /climate change are thrown around indiscriminately and they are subject to – dare I say it – politically motivated deception.

What is normal for the Earth’s climate?  As the saying goes, normal is just a cycle on your dryer.  Mankind is living and thriving in the “sweet spot” of climate change; not too hot or cold, and the earth produces enough food to keep a growing population from starving.

Want to hear something cool that you probably did not know?  We are living in an Ice Age!  It is called the Quaternary and started a couple million years ago. It has been moving, slowly – very slowly – toward a NON-Ice age.

An Ice Age is a long interval of time (millions of years) when global temperatures are relatively cold and large areas of the Earth, especially the Northern Hemisphere, are covered by continental ice sheets and alpine glaciers.  An Ice Age ends when the glaciers have melted and since the Earth has continuously had the Antarctic Glacier during the Quarternary, we are still in an Ice Age.

Since there are no straight lines in nature there are also no straight-line temperature changes.  Ice Ages include alternating periods of warming (Interglacials) and periods of cooling (Glacials).  The last serious Ice Age peaked about 20,000 years ago and the latest period of warming started about 11,000 years ago.  The warming trend has had minor periods of alternating temperatures such as the Medieval warm period that gave way to the Little Ice Age; the latter ran from the 1300’s to the 1800’s.  (Remember Washington Crossing the Delaware River while dodging ice flows in 1776?)

Think about that “Little Ice Age; a five hundred year period of significant climate change reversed itself and global warming continued. This is important to remember, and reason not to panic, when we see changes in the weather.  The Earth has been there and done that, before.

What causes an Ice Age to begin or end?  The movement of the Earth’s crust is a major factor as it affects ocean and atmospheric circulation patterns, volcanic activity, and creates mountains.  When plate-tectonic movement causes continents to be arranged such that warm water flow from the equator to the poles is blocked or reduced, ice sheets may arise and set another ice age in motion.

Today’s ice age may have begun when the land bridge between North and South America (Isthmus of Panama) formed and ended the exchange of tropical water between the Atlantic and Pacific Oceans, which significantly altering ocean currents.  40- 50 million years ago, India crashed (slowly) into Asia and the Himalayas were born, which severely disrupted atmospheric currents.

Another cause is the intensity of sunlight, which can vary due to changes in the earth’s orbit, tilt and wobble, as these affect the amount of sunlight hitting the earth.  If these changes happen in sync, expect great changes.  If they are out of sync, the changes may be less dramatic.  (Breathe easy, based on historical evidence, they are currently out of sync.)

There are other dramatic things, such as volcanos and meteor strikes, that can also cause changes in the climate.  The 1815 eruption of Mount Tambora and the 1883 eruption of Krakatoa (both in Indonesia) caused global climate pattern disruptions that lasted for several years.  Not an ice age but can you imagine Al Gore’s and the 97%’ers panicked predictions had they existed at that time?  A meteor impacting off the coast of the Yucatan Peninsula (the Chicxulab Crater) is theorized as having caused a mass extinction, including the dinosaurs.

There are also things that do not start climate change but are affected by climate changes and can intensify the effect.  CO2 growth or decrease seems to intensify the movement to or from an Ice Age but does not cause them to occur.  CO2 growth helps keep Ice Ages away and promotes plant growth, all of which is a good thing, even if you are not a Vegan.

Records show that major Ice Ages typically develop slowly, whereas they end more abruptly. Within Ice Ages – and remember, we are still in an Ice Age – shorter term fluctuations display this same trend.  Various records reveal that there have been at least 24 large, widespread and abrupt climate changes over the past 100,000 years. They can occur fast, by geologic standards.  For example, a warming trend was interrupted 12,800 years ago when temperatures dropped dramatically in only a few decades.  A mere 1,300 years later temperatures in some locations spiked as much as 20°F within just several years.

Human beings – not by accident – have flourished in a period when climate fluctuations have been within tolerable limits.  Climate change alarmists warn of sea level changes if the climate warms, which is a problem if you own ocean front property.  But look at the bigger picture?  Would you rather live in an Ice Age or a NON Ice Age?  Hint – if you like eating, it is difficult to grow food at the bottom of an ice berg but really, really big animals – that consumed huge amounts of food – thrived during tropical, NON Ice Ages.

The global warming / global cooling / climate change advocates talk about the warmest temperatures in the last 100 years or, perhaps, the last 2,000 years.  But we are dealing with forces beyond human control.  Changes over 100 years are not even a “blip” in the history of the Earth’s climate.  Remember, we are coming out of an Ice Age and temperatures would be expected to rise.

Instead of focusing on Climate Change, we would be better off focusing on conservation and a clean environment within the greater forces that effect our climate.  Of course, the far-left has expended so much political capital on Climate Change that they are unlikely to admit a mistake and change their emphasis.

Editor’s Note: We don’t typically debate climate change here at NaturalGasNOW because we are more focused on the environmental benefits of natural gas, which extend to reducing emissions, including CO2, that should warm the hearts of everyone on all sides of the issue. Sadly, though, what we see more and more is outrageous fear-mongering based not on science but, rather, on political opposition to oil and gas and opportunistic rent-seeking by corporatists. Moreover, those making these bombastic claims aren’t even willing to debate. They refuse to recognize natural gas development is what has bent the CO2 curve in a different direction.

Therefore, let the climate change debate proceed here. I’m confident natural gas will come out on top no matter which way the debate goes. That’s because the progress it has wrought is based on cold hard facts.