Climate change consensus? Well, it depends, it seems; whatever is necessary at the moment politically. Regardless, natural gas is still reducing emissions.

One of the recurring themes in my commentary on the climate change debate is how those pushing government intervention keep moving the goalposts (see one, two, and three). In the present post, I’ll document this shift in the commentary from the same person—namely, Harvard’s History of Science professor Naomi Oreskes.

Specifically, a decade ago Oreskes vilified scientists who focused on uncertainties in our models of the climate, and trumpeted the sacred “consensus” as the altar upon which all hesitancy about government action should be sacrificed. Yet today, Oreskes is co-authoring articles in the New York Times telling Americans that scientists have been underestimating climate change and that the economic models are full of uncertainties—and that this is why we urgently need government action. Needless to say, Oreskes’ change in perspective about consensus and uncertainty seems to be driven by her commitment to government action, not any principle of science. 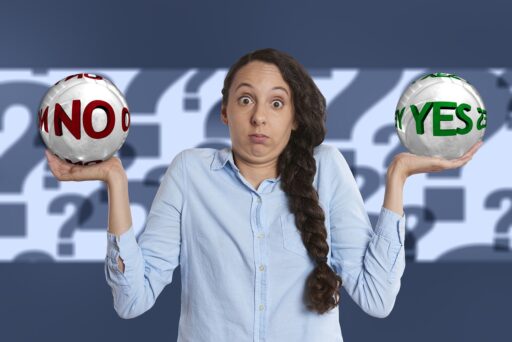 In 2010, Consensus Was King and Doubt Was Evil

Back in 2010, Naomi Oreskes co-authored a book titled, Merchants of Doubt: How a Handful of Scientists Obscured the Truth on Issues from Tobacco Smoke to Global Warming. As if the title alone isn’t enough to tell you her viewpoint, here is a YouTube clip of a campus presentation she gave on the politics of climate change in late 2010.

After she’s introduced, Oreskes begins her PowerPoint presentation. At the 4:22 mark in the video, you can see a picture of her book, next to which Oreskes has put in a text box: “How a small group of scientists exploited scientific uncertainty and promoted doubt about a set of environmental issues.”

Then Oreskes quotes from her then-governor Arnold Schwarzenegger who had declared in 2005, “I say the debate is over. We know the science. We see the threat, and we know the time for action is now.” Oreskes then explicitly endorses these remarks.

After lauding Schwarzenegger, Oreskes brings up the case of Republican strategist Frank Luntz. She quoted from a 200-page memo he had written for candidates on how to handle the messaging around global warming. Among other tips, Luntz told them to “emphasize the scientific uncertainty” and to insist that “there was no scientific consensus” (note that here I am quoting Oreskes in her spoken remarks, these are not necessarily verbatim quotes from the memo).

I have documented the specific case of Naomi Oreskes just to reassure younger readers—or older ones with a weak memory—that I’m not making this stuff up. A decade ago, the primary cudgel that interventionists used in the global warming/climate change debate was to stress that there was scientific consensus on the topic, and to denounce any dissenting scientists as rogues who were either fringe academics and/or were on the payroll of Big Oil. Anyone bringing up the fact that there were “uncertainties” in our models of the climate system was treated with the same hostility as a doctor saying we didn’t know for sure if smoking caused lung cancer.

In 2019, Consensus Makes Us Afraid to Speak the Truth and Uncertainty Hides the Climate Threats

What a difference a decade makes! It seems Naomi Oreskes’ views on such matters have flipped. In a recent NYT piece she and economist Nicholas Stern explain:

For some time now it has been clear that the effects of climate change are appearing faster than scientists anticipated. Now it turns out that there is another form of underestimation as bad or worse than the scientific one: the underestimating by economists of the costs.

Uh oh! Turns out the scientists didn’t have everything nailed down back in 2005 after all. If only Ahnold could find a time machine…

Things get even more interesting if you click the link to the paper explaining why scientists have been slow on the draw. Here’s one of the reasons:

Among the factors that appear to contribute to underestimation is the perceived need for consensus, or what we label univocality: the felt need to speak in a single voice. Many scientists worry that if disagreement is publicly aired, government officials will conflate differences of opinion with ignorance and use this as justification for inaction. Others worry that even if policy makers want to act, they will find it difficult to do so if scientists fail to send an unambiguous message. Therefore, [scientists] will actively seek to find their common ground and focus on areas of agreement; in some cases, they will only put forward conclusions on which they can all agree. [Bold added.

Aww shucks! It turns out that if you limit the acceptable claims to only things on which there is a scientific consensus, then we can’t hear the warnings from those scientists who disagree with the majority of their colleagues. And apparently, this is now a bad thing, according to Naomi Oreskes.

The urgency and potential irreversibility of climate effects mean we cannot wait for the results of research to deepen our understanding and reduce the uncertainty about these risks. This is particularly so because the study suggests that if we are missing something in our assessments, it is likely something that makes the problem worse.

This is yet another reason it’s urgent to pursue a new, greener economic path for growth and development. If we do that, a happy ending is still possible. But if we wait to be more certain, the only certainty is that we will regret it. [Bold added.]

As recently as 2010, Harvard professor Naomi Oreskes told Americans that the science was settled and that only fiends would use uncertainty to justify their desired political goals. Now in 2019, Naomi Oreskes is telling Americans that the scientists have woefully underestimated the pace of climate change, and that the economic models published in UN reports underestimate the potential risks because there are so many uncertainties in our understanding.

However, one element of Naomi Oreskes’ commentary through the years that has been consistent is her certainty that the government needs to intervene aggressively and immediately.

Editor’s Note: Robert Murphy makes an excellent point about climate change polemics; the more shrill and grasping the purveyors of the message become, the less credibility they have. And, it isn’t just Naomi Oreskes. Jane Fonda joining the cause and advocating the treatment of dissenters from her own opinions like Nazi war criminals is just the latest example. There are, quite obviously, too many agendas involved.

Meanwhile, natural gas has served to dramatically reduce the emissions everyone says are dangerous for the climate and/or our health. So, why aren’t we just focusing on what is the solution regardless of the exact nature of the problem? We know natural gas use in place of heavy oil and coal has literally allowed us to lower major air pollutants such as SO2 by 99% in some cases. CO2 is also being lowered at the same time. We don’t have to agree on whether CO2 is creating global warming or even whether there is any global warming to appreciate what natural gas has done for air quality. Natural gas is the middle ground where we should be coming to consensus.

2 thoughts on “Climate Change Consensus Shifts in Wind, But Gas Is Still the Right Move”